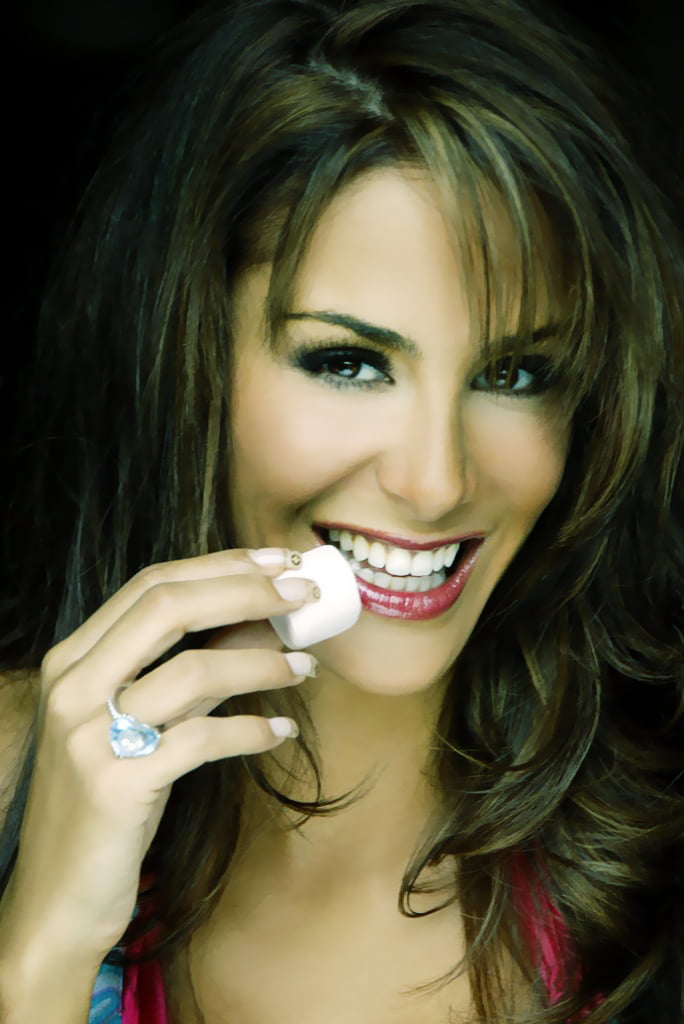 Ninel Conde gets recognized worldwide as a Mexican singer, model, performer, and actress. She started her career in 1995, and she remains famous in her home country and the Spanish-speaking world.

As a musician, Ninel Conde performs local Mexican hits, Spanish pop songs, and Latin American folk songs (such as cumbia). From 2003 to 2006, she worked with Universal Records and EMI Group Limited to record her hit songs.

On September 29, 1976, Ninel Herrera Conde got born in Toluca, Mexico. Only a few people know about her childhood and teenage years. But she entered the Mexican show business when she was 19. Her beauty, voice, and acting talents helped her become one of the most popular and wealthiest celebrities there. 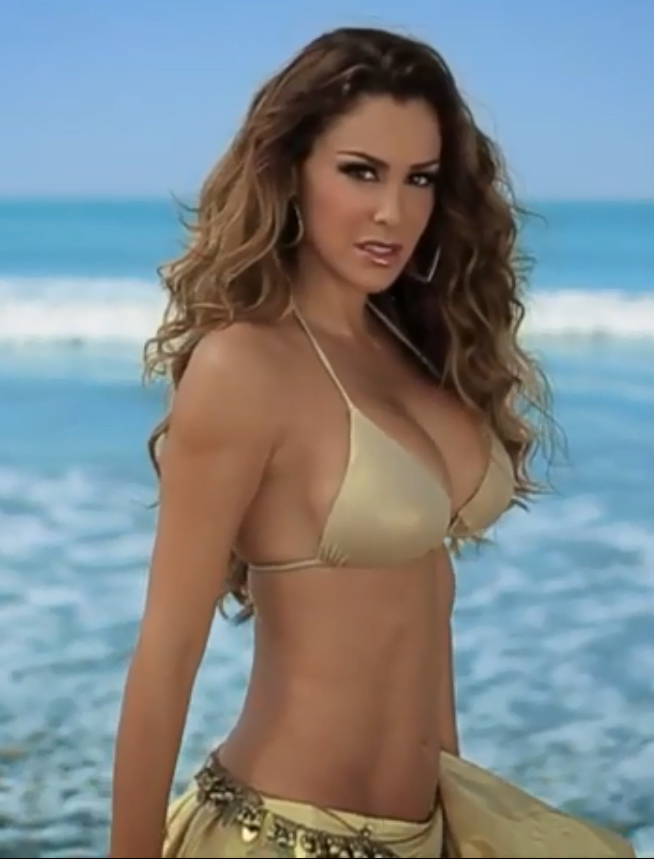 Before Ninel Conde entered the Mexican television industry in 1995, she trained at the Emilio Carranza Art and Theater Center. She also learned singing from Sergio Jimenez, a Mexican actor. Ninel Conde even triumphed in the Señorita Estado de Mexico beauty pageant.

In 2003, Ninel Conde released her song “Callados” through an album named after her. This hit she performed with the renowned singer Jose Figueroa almost helped her get a Latin Grammy Award. The following year, in 2004, Ninel Conde participated in Big Brother, but she got evicted after a month.

Her grandest project came in October 2004, when she appeared in the Rebelde telenovela, it ran from 2004 to 2006. Her portrayal there as Alma Rey extended her fame to Spain, Eastern Europe, and South America. Because of the show’s success, she got nominated for prestigious awards and accepted roles in high-production films.

Within those years, Ninel Conde had other projects. She sold another song album entitled La Rebelde. She also had extra roles in Ugly Betty as a telenovela actress in the show watched by the protagonist’s parents. Ninel Conde also appeared in El Show de Los Sueños with other Mexican celebrities.

Soon after Rebelde ended, Ninel Conde had another successful telenovela: Fuego en la Sangre. She got nominated for her role as Rosario Montez in this series. In the following years, Ninel Conde got cast as the villain in Mar de Amor (released in 2008) and an additional character in Porque el Amor Manda. She was Discua Paz De La Soledad in that 2012 series. Then, in September 2013, she served as the judge of a national dancing competition show named Mira Quien Baila.

In 1996, Ninel Conde married Ari Telch. He is a famous stage actor and telenovela celebrity. The couple had one daughter, Sofia, before they divorced in 1998.

According to the couple, they finished their marriage on “good terms.” But reports show that the two do not talk to each other. Ninel Conde and Ari Telch also avoid talking about their divorce, ending interviews whenever the press brings it up. Because of this, nobody outside their family knows why they split up. But their fans believe that Ari Telch’s bipolar disorder strained their relationship.

Ninel Conde’s first daughter, Sofia, is also known for her beauty and success earlier in her career. Although she is not a celebrity, Sofia Conde has social media sites. There, where she presents her private life.

She stayed with her father before she studied in the United States. There, she earned a degree in journalism and production. Because of this, Sofia makes advertisements. She also learns about literature and performing arts.

After this, Ninel Conde had a relationship with her fellow singer, Jose Manuel Figueroa, from 2002 to 2006.

On July 19, 2021, Ninel Conde sued Giovanni Medina for his damaging comments about her. He once said that Ninel Conde gets involved in selling drugs, laundering cash, and participating in the black market. The court hearings began on September 21, but Giovanni did not appear. He believes that they only fight for the custody of their son, Emmanuel, who still resides with him. Nonetheless, her lawyer insists that they want him to restore Ninel Conde’s reputation.

Finally, Ninel Conde had another husband: Larry Ramos, a Colombian entertainment businessman. The couple met in February 2020 and got married on October 28, 2020. But Larry Ramos received a class action lawsuit in 2021 for illegal enrichment. The alleged victims who sued him came from Florida, New York, Spain, and Venezuela. Ninel Conde reiterated that she does not get involved in Larry Ramos’ business.

What did Ninel Conde’s husband do?

After Larry Ramos attended the Latin America Music Awards in Miami, he got arrested and detained there. One of the plaintiffs, Alejandra Guzman, accused Larry Ramos of marrying Ninel Conde only for her fame. This way, he can make his potential clients trust him.

At present, Ninel Conde got suspected by the United States Federal Bureau of Investigation. Larry Ramos got transferred to house arrest, but his case worsened when he took out his shackle. He left his apartment with Ninel Conde, and it was confirmed when she showed his pet through an online meeting. This mistake allowed the authorities to know Larry Ramos’ location. Since then, Ninel Conde has no longer been associates with Larry Ramos.

But the witnesses and victims who fought against him worry about their safety while he is on the loose. One of them, Jose Moncada from Nicaragua, claims that Larry Ramos has anxiety and mental illnesses. But he expressed that he wants Larry Ramos to feel remorse. He is also worried that Larry Ramos could commit suicide.

Ninel Conde remains quiet about her legal problems, but she promised to make a statement once she gets prepared. For now, she works with authorities who handle her cases. Ninel Conde also attacked her critics, implying that they feel terrible because of her triumphs. Meanwhile, Larry Ramos is a wanted fugitive in the United States and the Bahamas.

Ninel Conde became one of the most recognized celebrities in Latin America with her perseverance and hard work. She started with several modeling roles and minor appearances before her break in 2004. Here are the television, film, and music-related projects since she launched her acting career in 1995:

As a musician, Ninel Conde had successful song releases and albums:

Based on the Regional Mexican Airplay statistics, her most famous single song performances are “Callados,” “Ingrato,” and “Hoy Tengo Ganas De Ti.” Ninel Conde also released music videos for her hit songs. Some of them got directed by Rodrigo Guardiola and Simon Brand. Furthermore, she appeared in different albums:

Ninel Conde has a rival in the Mexican show business: Niurka Marcos. They were friends before. But as they rose to fame, their bond started to deteriorate.

Niurka Marcos came from the National Circus School of Cuba. After learning performance techniques, she moved to Mexico and pursued acting. She had high-rating projects, such as Empress and I Live for Elena. Likewise, Ninel Conde attended formal training in Mexico before receiving famous roles on Mexican television.

Fans throughout Latin America and the world will continue to enjoy telenovelas. While the future of this genre remains bright, Ninel Conde will keep on dazzling and amazing her global audience.