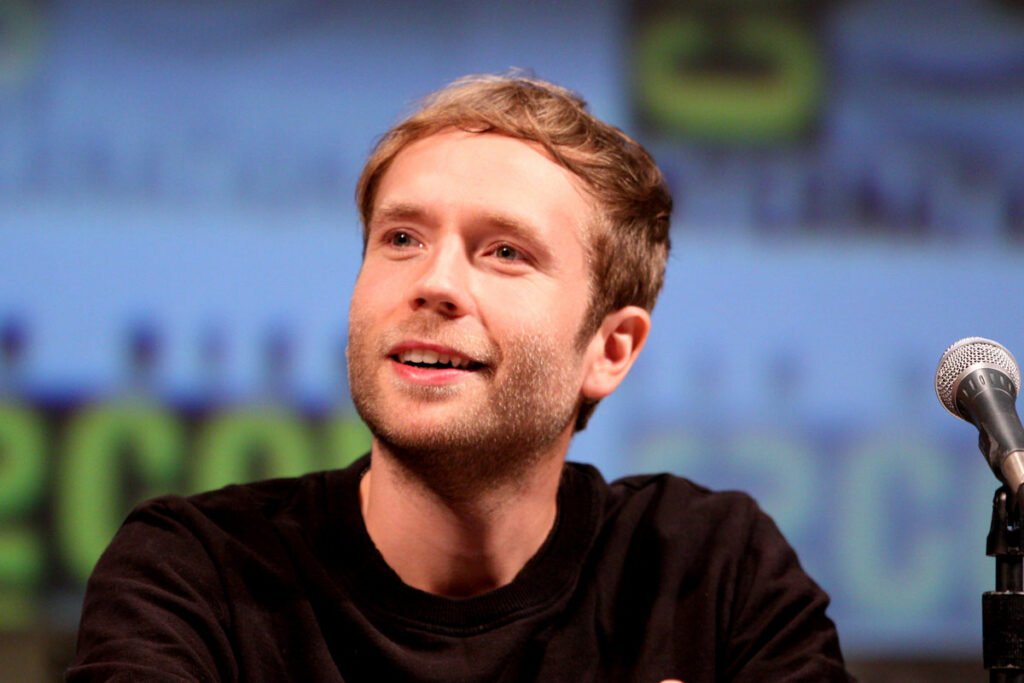 Mark wrote and directed his first film in 2008 — “Explicit Ills” in which her mother, Cheri Honkala, featured as March Organizer, won the audience’s heart, and Mark won the best cinematography award at SXSW (South by Southwest) film festival 2008.

Later he wrote, directed, and acted in his second film in 2012 — “The End Of Love,” which did well at the box office, earning USD 9342. The film was nominated at Sundance Film Festival 2012 for the Grand Jury Prize. The film was released theoretically on March 1st, 1993, in the U.S.

In 2014, Mark directed and acted in his third film, “The Ever After,” with Teresa Palmer’s wife. The film performed great at the box office and was nominated for the Los Angeles Film festival 2014 LA Muse Award.

After three years in 2017, Mark returned with his fourth film “Flesh and Blood” as a writer, director, and actor. Flesh and Blood were nominated for the Adam Yauch Visionary award at SXSW (South by Southwest) film festival 2017. The film featured Mark’s mother, Cheri Honkala, and his half-brother Guillermo Santos. The film gained a massive appreciation as the story was Mark’s real life.

Despite having a tough childhood where Mark and his mother Cheri Honkala were forced to live in a car and later at abandoned HUD (Housing and Urban Development), both mother and son go through a lot and took everything to become who they are now.

Currently, Mark and his mother are among the most acclaimed human rights activists. Mark’s mother, Cheri Honkala is a leading advocate for over 25 years for the poor and homeless in the US. Cheri is the founder of the “Up and Out of Poverty Now”, and “Women, Work and Welfare” – Twin Cities anti-poverty groups. In addition, Cheri co-founded the PPEHRC — Poor People’s Economic Human Rights Campaign in 1998 and in April 1991, KWRU — Kensington Welfare Rights Union.

Mark’s race is White, and he is of Swedish, German, Dutch, Finnish, French-Canadian, English, Scottish, and Cheyenne Native American descent. Mark’s hair color is dark brown, and he has a prepossessing green eye color.

Mark’s distinctive features include having an athlete’s body, tall structure, beard, and mustache. Mark has an amazing tattoo collection on his body, among all his favorite tattoos, are the neckline writing “POET” dedicated to his daughter and a “WOLF” tattoo over his right upper arm, which portrayed his devotion and loyalty to the family.

Mark loves tennis and he is currently part of The Interstate 5 Tennis Association. Mark’s sexual orientation is as a straight man and he is a vegan.

Mark married Teresa Palmer, an Australian actress, model, and producer in Mexico on December 21st, 2013. Together they have four kids — 2 sons and 2 daughters.

Before being married to Teresa, Mark was in a relationship with Frankie Shaw, an American actress, director, producer, and writer. Mark and Frankie have a son named Isaac Love Shaw, born in 2008.

In 2010, in a comedy film, “Scott Pilgrim vs. the World,” Mark played the role of Stephen Stills. The film was a global blockbuster and made USD 47.6 million.

Mark’s social media, website, and all his work are managed by Inphenate Management, Beverly Hills, California.

Cheri was born in 1963 in the US-Minneapolis, Minnesota. Her mother was a victim of domestic abuse caused at a mere young age; Cheri and her older brother Mark spent most of their youth life in around nine youth detention facilities across the city. Cheri was 17 and pregnant when his brother Mark committed suicide at the age of 19. Yet, despite all her struggles, Cheri completed her graduation.

Soon Cheri was evicted from her apartment in Minnesota and forced to live in her car with her nine-year-old son Mark (named after her elder brother). The struggle worsened when a drunk truck driver crashed her Camaro car one day in harsh winter, leaving Cheri and Mark homeless. Cheri couldn’t find a shelter and decided to move into an abandoned HUD — Housing and Urban Development home to keep herself and her son alive.

She got attention when one day Cheri called a press conference and told the media that she and her nine-year-old kid wouldn’t move from the HUD abandoned home until somebody gets them a shelter where they can live and not die because of the freezing temperature. Later, with the help of some people, she moved to Kensington, Philadelphia.

In 1991 with the help of some activists, Cheri co-founded KWRU — Kensington Welfare Rights Union, an interracial welfare organization dedicated to helping poor and homeless people. She named the union after the area she lived with her son – Kensington, northern Philadelphia.

Cheri has been recognized as a controversial figure — a protester and organizer throughout her career, but she never stopped raising her voice and doing her best to keep homeless families safe.

In 1990, Cheri married Bob Brown, a Philadelphia-based union bureaucrat whom she met in 1989 at a convention. In 2002, Cheri gave birth to a son named Guillermo Santos. Soon after his birth, Cheri and Bob parted.

Guillermo is an actor by profession, and he appeared in the Flesh and Blood film in 2017. The film was the story of Mark’s real-life and earned huge sympathy and appreciation. The film also featured Mark’s mother, Cheri Honkala.

The Flesh and Blood film was nominated for the SXSW 2017 Adam Yauch Visionary award.

An Australian model, actress, writer, and film producer, Teresa Palmer is Mark’s wife and they both met via Twitter in September 2012. The duo started dating and engaged in August 2013. Teresa was two months pregnant with Mark’s baby at the time of engagement. In December 2013, Mark and Teresa decided to tie the knot in Mexico.

Mark, Teresa, and the kids currently reside in The Beachwood Canyon community in Los Angeles, California.

Rachel Frances Shaw, best known as Frankie Shaw, was in a relationship with Mark Webber from 2007 to 2011, and they both have a son Isaac Love Shaw born in 2008. Frankie is best known for playing the role of Bridgette Birdon on SMILF, an American 2014 sitcom that was created and directed by her as well as the Too Legit series in 2016.

Mark Webber started his acting career at the age of 18 years. His first film was The Evil Within, directed by Jeffrey Bydalek, and in the same year, he acted in Edge City film, directed by Eugene Martin. However, the movies didn’t perform well at the box office, but Critics appreciated Mark’s role.

Mark and his mother, Cheri, have witnessed tough times, and seeing his mother rise to a powerful lady who fought for poor and homeless people, Mark worked hard and committed his life to an acting career.

From 1999 to 2002, he acted in 12 films, including Jesus’ Son, a 1999 movie adapted from the short story collection written by Denis Johnson, a super hit American comedy movie — Snow Day, and a TV movie The Laramie Project 2002, which premiered at the Sundance Film Festival in 2002.

At the Venice Film Festival in 1999, Jesus’ Son won the Ecumenical and Little Golden Lion awards. In addition, Jesus’ Son was among one the top ten films of the year 1999 by the Los Angeles Times, Roger Ebert, and The New York Times.

Mark created a drama film, The End of Love, in 2012, which was inspired by the end of his relationship with his former girlfriend, an Australian actress, model, writer, and film producer Frankie Shaw. The End of Love movie premiered at the 2012’s Sundance Film Festival.

Mark has directed three more movies, The Ever After in 2014, Flesh and Blood in 2017, and The Place of No Words in 2019. All three performed well at the box office and won several awards.

After the success of Flesh and Blood, Mark did The Scent of Rain and Lightning (2017) movie directed by Blake Robbins, an adaptation of the best-seller book of the same name authored by Nancy Pickard. The movie had a world premiere at the 2017 Atlanta Film Festival and was later released in February 2018 through video on demand.

Mark Webber is currently the most notable American actor, director, and film writer. Despite having a troubled childhood and living homeless for almost his youth living with his mother Cheri, he never gave up or thought of ending his life.  As a result, Mark’s and her mother Cheri’s lives are subject to major global magazines.

Currently, along with working in movies, he has been seen supporting his mother in various events, and campaigns, and raising funds for organizations supporting low-income and homeless people for their rights to have shelter, food, education, medical, and job to support their family living.