As with everything in life, celebrities are often not what they seem to be on the surface. By choosing the right celebrity role model, you can learn positive values that will help make you into a better person over time. On the other hand, there are plenty of celebrity role models whose lives are highly irresponsible and not worth imitating, so it’s important to make sure you pick the right one before spending too much time on them.

This article covers both sides of celebrity role models to help you make an informed decision about which ones to spend your time on and which ones to avoid completely.

What Is a Celebrity Role Model?

We all know that to be successful, we must look up to our role models. We are taught from a young age that we should try to emulate our heroes so we can be like them. But with more celebrities being arrested for drug charges and other bad things, there is some debate on whether or not it’s okay to look up to celebrities as role models.

Some celebrities qualify as celebrity role models even though they may be considered controversial by others. The most important thing anyone needs to keep in mind when determining if their hero is worthy of their respect and admiration lies in his/her actions and morals.

Why Do People Look Up to Celebrities?

People turn to celebrities for lots of reasons: They might want to know what certain people are doing that makes them so successful, or they may just feel inspired by a celebrity’s story. Whatever their reason, many people look up to famous people as role models.

While some celebrities are worthy of emulation, others may not be worth your admiration. Read on for tips on figuring out who you should try to emulate and who you should probably look at more critically.

What Are the Pros and Cons of Celebrity Role Models?

Many celebrities have become role models for people who look up to them. However, there are many pros and cons to using celebrities as role models. Below are both sides of these arguments, depending on how they affect society.

It’s worth taking a look at celebrity role models. For starters, celebrities are appealing to many consumers since they have already succeeded in their industries. If you idolize someone who has made it big in their chosen field, that can motivate you to do whatever it takes to reach similar levels of success. The following are the pros of celebrity role models.

There’s something about celebrities that makes them seem more real. The reason why people go to watch movies starring their favorite celebrities is to get a glimpse into their lives – through gossip sites, tabloid magazines, social media pages.

There’s a certain connection that we feel towards celebrities; after all, they are only human. We tend to relate to them better than with our teachers, our bosses, or politicians because it is easier for us to imagine that we can be like them.

Yes, many celebrities have done positive things for diversity by raising awareness about different issues that plague our society, such as racism. Celebrities can be effective in helping people understand other cultures or lifestyles that are not necessarily similar to their own.

However, if we’re using them as role models to create social change then we must also acknowledge that celebrities can take advantage of their positions as well.

3.   Celebrities Show Us Our Potential in Life

The biggest positive aspect of celebrities is that they demonstrate our potential in life. Many people look up to celebrities as role models. We all have strengths and weaknesses, but we can still accomplish great things if we put our minds to them.

They are also the relatable type of person who happens to be famous.  No matter what social class or race you may belong to, there will always be someone you can relate to and get inspiration from. Celebrities show us that with determination and hard work anything is possible in life.

4.   They Are Creative with Their Looks

Celebrities are indeed super creative with their looks. Each celebrity has a distinctive personality, so they all have different ways to display themselves. Some like to wear make-up while others will show their natural skin.

There is no set standard when it comes to how you should look to be seen as beautiful by other people in society. They can inspire us to be creative with our looks instead of copying what everyone else does.

One problem with celebrity role models is that they are celebrities. No one is perfect, celebrities included. We admire them for their fame, talent, beauty, and skill.

They appear to have a perfect life; they are rich, famous, healthy – more than any of us can ever dream to be. But in reality, celebs are people too. They have all of those same faults that we do and sometimes worse.

Some people view celebrity role models as perfect, but they’re often far from it. For instance, even stars who’ve publicly admitted to having troubles with addiction, are held up by some young people as flawless examples. Reality is far from that image; any celebrities have made headlines for behaving recklessly or breaking laws.

2.   Celebrities Are Not a Guarantee for Success

Yes, many celebrities started from humble beginnings, but that does not mean they will lead us down a path to fame and fortune. Celebrities are human beings just like us – we can learn many things from them, but fame is subjective. Some celebs were born for it; others got lucky, therefore you should never count on other people for your success. You cannot assume what works for someone else will work for you. Instead, follow your dreams and achieve your success.

Celebrities have a huge amount of power, but they’re still real people with real problems. Some have low self-esteem just like many normal people; others struggle with drug abuse or negative emotions. Don’t forget that your favorite celebrity has a life just like you do—and it isn’t as perfect as it seems on television.

4.   You never know their whole story

Celebrities often have PR teams, managers, and legal firms to run interference between them and their fans. Even if a celebrity doesn’t consciously want to mislead their audience, they can’t share their entire story because they’re actively trying to be someone else. 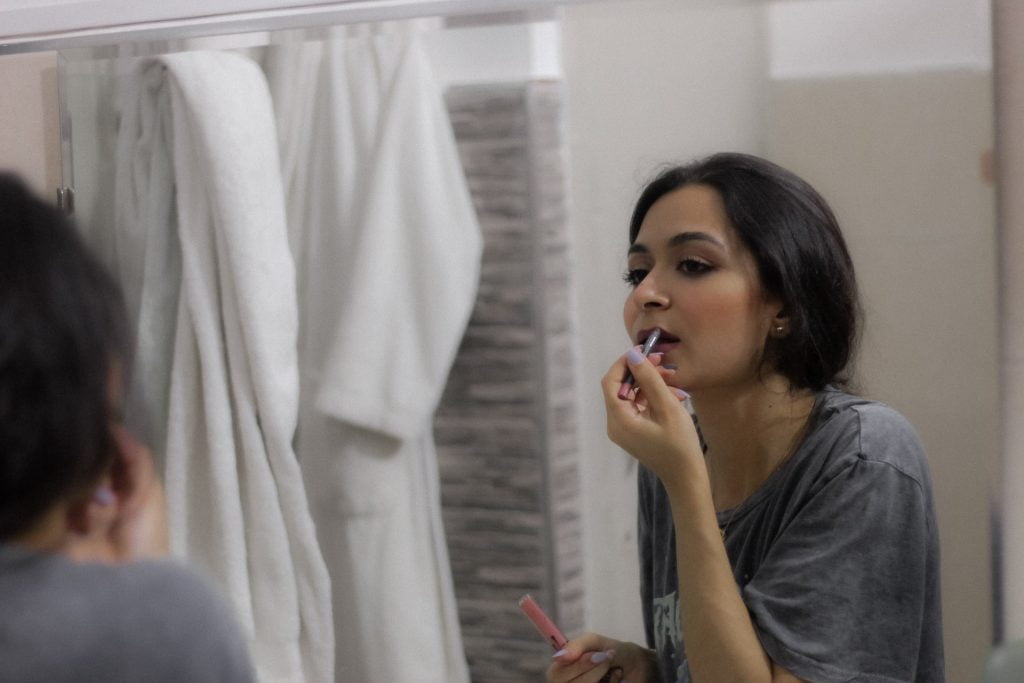 While there are many negative aspects to being a celebrity role model, you mustn’t simply throw all celebrities under the bus. This world would be far less interesting without some of our favorite famous figures. But if you look hard enough, there are plenty of good qualities to take away from these people.

Nicolas Desjardins, thank you for posting such helpful articles. I was struggling on this subject, fortunately, I just came across your site which has just given me ideal ideas for my presentation. Thumbs up to you