Who is Ryan Haywood?

Ryan Haywood is an American voice actor, host, gaming journalist, and content producer. He is most famous for his association with Rooster Teeth, an American video production company. He does podcasts and has been a host of Rooster Teeth’s entertainment channel. He has also been a co-star in Achievement Hunter, which gained him most of his fame.

He is known for his many endearing nicknames out of which The Mad King, Iron Ryan, The Vagabond, and SortaMaliciousGaming are only some. He has also been an editor, producer, and animator for other projects of Rooster Teeth. 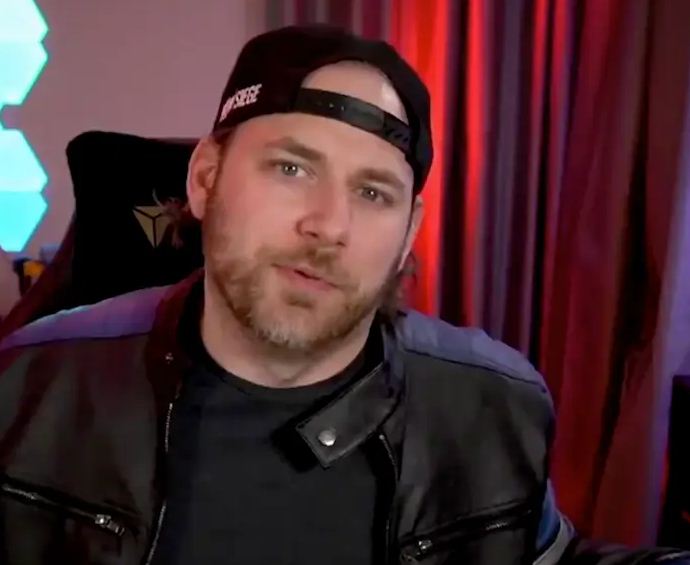 Ryan Haywood was born in Columbus, Georgia on 6 December 1980 (41 years old) to David Edwards and Debbie Hoover. His real name is James Ryan Haywood. But he is known better as Ryan Haywood because his parents called him by his middle name, as a tribute to his great-grandfather and the name stuck.

He is the youngest child of Edwards and Hoover. He has an older sister named Tanya Edwards and an older brother named Ryan Edwards. Everyone else in his family shares the same last name except for Haywood and it is not known why. He is a very private guy so people can only assume why. It is assumed that Haywood might be a stage name that he adopted in the later stages of his life.

He grew up in Georgia and went to Georgia Tech University before enrolling at Georgia Southern University for higher education, where he took courses in broadcasting, computer science, and computer engineering. He also attended institutions in England where he learned Theatre and Computer Animation.

Haywood kickstarted his career by working as a model right after his high school education. He modeled for several magazines, ‘Twist Magazine’ being one of them. He also participated in a runway show, in the role of a gnome. His modeling career was short-lived and didn’t bring him to the limelight. He is also said to have worked as a pool cleaner during his high school days.

He talked about his days spent modeling for Twitch magazine in the third part of Let’s Play – 7 Days to Die and the images were released after the ‘cause’ raised about two hundred thousand dollars, as the fans were more than curious to see his modeling pictures.

His association with Rooster Teeth was formed by chance alone. It is said that he joined Rooster Tooth after finding a job opening on Craigslist in 2011. He was initially hired for a part-time position. He’d then just moved to Corpus Christi, Texas.

His job demanded a move to Austin and he took the opportunity and started working as an editor for Achievement Hunter in Austin, where he currently lives. He went from being a part-time employee to being a full-time editor in no time.

Achievement Hunter is a video gaming division of Rooster Teeth, and it was founded in 2008, by Geoff Ramsey and Jack Pattillo. It soon grew to be the central audience attraction out of all other Rooster Teeth subdivisions.

The first video he ever worked on was the 2011 NYC tour video, which was called “A video game tour of NYC”.

Besides his successful career advancement in Rooster Teeth, Haywood was also a successful voice actor. As a voice actor, he is famous for giving his voice to Professor Port in RWBY. He also voiced briefly for Agent Millers of Camp Camp, in the season 2 wrap-up.

He hosted numerous other shows such as On the Spot, Theatre Mode, etc. Since 2016, he’s been active on Twitch under the name ‘SortaMaliciousGaming’. His net worth is believed to be around 1 million dollars.

Ryan also was the voice actor for many of Rooster Teeth’s animated shows such as Red vs Blue, Nomad of Nowhere, X-Ray, and Vav, etc. He starred in more than 100 episodes of ‘Off-Topic’.

Ryan Hayworth has been married to his high school sweetheart and long-term girlfriend Laurie Higginbotham since 2007, marking fourteen years of marriage in 2021. His wife is a veterinarian and they have two beautiful kids, a son, and a daughter.

Ryan and his wife have a common love for animals. Their family is also home to many cats and dogs. In ‘Let’s Play Minecraft 108’, Ryan mentions that they own 2 cats and 3 dogs.

Heywood, in contrast to his public personality, is very careful when it comes to his personal life. He is a very private person and not much is known about his family other than the above-mentioned facts.

His wife has a different last name from his as a means of ensuring that her privacy should be kept intact. There was, however, a rare incident of both of his kids making an appearance on one of his live streams on Twitch.

The acclaimed internet personality left Rooster Teeth in 2020 after facing many sexual misconduct allegations. He announced his split with Rooster Teeth through a tweet on October 6, 2020.

It was a tough time for Rooster Teeth, having to let go of two of their main men, Haywood and Kovac, over sexual controversies. Kovac’s scandals have become a cold case, but Haywood was bound to go down.

Besides this, rumors started to spread about how Ryan had been sexually involved with an underage girl. The rumor originated when a girl named Tessa Graves posted a YouTube video in which she talks about meeting Haywood back in 2017. Tessa was a fan of Haywood and a member of the community.

She goes on to tell us that she then entered a relationship with Ryan Haywood, an on-again-off-again relationship that went on for about two years. All of it began when she accidentally sent a message to him that she meant to share with her friend; “things kind of took off from there”, says Tessa.

While it is shocking enough to listen to Ms. Graves talking about how he was in a relationship with her while she was still a minor, it is a whole other level of upsetting to see that there were about 30+ cases of allegations raised against him in a matter of only a few weeks. Two of these thirty-something allegations have iron-clad evidence about his illegal behavior, one of which is the video statement from Tessa Graves.

Tessa wasn’t the only fan-turned-lover of Ryan Haywood; another fan named Michelle, met Haywood in 2017 and their fan-idol relationship grew to be a much more intimate one. She too was underage at the time. Michelle and Haywood started talking to each other on Twitter and it evolved into a flirtatious conversation.

It is not a simple allegation made out of ten or twenty words mashed up together, but her YouTube video statement includes chat screenshots between her and Ryan as well as other photographic shreds of evidence.

Social media users detect the fact that there is a pattern in all of the allegations that surfaced against him; almost all of these started from an innocent fan texting him, which then grew into a sexual relationship.

Another pattern is how some of these fans who claim to have been with him, also say that he comforted them through difficult stages of their mental health problems. One can’t help but wonder if he did take advantage of the vulnerable state of these fans. They also claim that he has helped them financially, backing up the claim with screenshots.

All of these are not stories without backbones; Ryan Haywood himself admitted that he had sexual relations with his fans. He said:

“I flirted and had sexual relations with members of the community”.

It would be comforting to know that Rooster Teeth did not keep quiet and pretended like none of these ever happened. Instead, they released a video on their platform where Jack and Michael, their other main hosts, talked about ‘the situation.

It is a heartbreaking video, and the hosts use words like anger, sadness, and guilt to try and express their feelings; they apologize to their fans for the abuse of the platform and the community they’ve built.

Even though they didn’t explicitly name these employees, their identity is no secret.

Rooster Teeth also said that they were making a few changes in the organization to move forward and thanked the community for their patience and support.

The tweet itself received much backlash because it didn’t name the people who were being fired and also, they blocked people from commenting or replying to the tweet. People were very angry about the fact that the victims were named but the offenders weren’t.

Ryan ranks second in the Grand Theft Auto Online Rank, making him the top-ranked member of Team Gents. He prefers old-school games and in Achievement Hunter, he is regarded as the PC gaming expert.

Where is Ryan Haywood now?

“I made mistakes and will be leaving RT to focus on rebuilding my family and life. I’m sorry to anyone I’ve hurt. I do want to say emphatically that I never did anything illegal. The consequences of my actions are mine to deal with, please stop harassing and threatening my family”, stated Ryan via Twitter on 6 October 2020.

After the allegations ruled the internet and Ryan had to step back from being the main host in Achievement Hunter, he tried to give his own version of the incidents through Twitch. It did not get the traffic and recognition he hoped for and it didn’t stay on the internet for too long as Twitch blocked him from the platform.

He is blocked on Twitch permanently. It is unknown what he is doing in 2021. He is not present on any social media platforms anymore, not even Instagram.

Ella Anderson is a talented young actress known for her roles in various television shows and films. Born in Michigan in 2003, she began her acting career at a young age and quickly made a Read more…

Brooklynn Prince is an American actress best known for her role as Moonee in the 2017 film The Florida Project. She was born on June 25, 2011 in Orlando, Florida, and began her acting career Read more…

Bella Ramsey is a talented young actress known for her roles in popular television shows and movies. She began her acting career at a young age and has quickly made a name for herself in Read more…