Who is Loni Anderson?

Loni Kaye Anderson is one of America’s stars in the film industry, she was born on August 5, 1945, in Saint Paul, Minnesota. She is the daughter of an environmental chemist, Klaydon Carl “Andy” Anderson, and model Maxine Hazel Kallin. She was supposedly named by her father as “Leiloni” but she decided to play on words resulting in “Lay Loni”, and decided that Loni would be her name.

She is described as having a plump, hourglass figure or bodacious, dimpled, has a button nose, and is well-endowed. Due to her features and figure, she earned the title of being one of Hollywood’s sex symbols in film back in the 1970s until the early 1980s.

Before she became one of America’s known actresses, Loni Anderson grew up in the suburbs of Roseville, Minnesota. During her senior high school years back in Alexander Ramsey Senior High School located in Roseville, she was voted as the Valentine Queen of their school’s Valentine’s Day Winter Formal dance back in the year 1963. 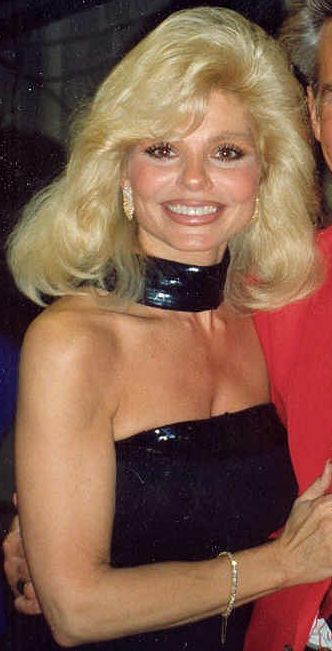 Loni first appeared or debuted as an actress in the film called “Nevada Smith” back in the year 1966, which was starred by the famous actor, Steve McQueen. After an appearance from the film, she was somewhat on hiatus or did not have any projects as an actress for almost a decade. But fortunately for Loni Anderson, she finally started receiving projects as guest roles on some popular television series during the middle 1970s. Loni Anderson had a cameo in the two episodes of S.W.A.T, and the sitcom called “Phyllis”, and lastly, she also appeared in the detective and crime series called “Police Woman” as well as Harry O.

As for her next project, she auditioned to get the role of “Chrissy” in one of Hollywood’s popular sitcom called “Three’s Company” but unfortunately, she did not get the role. However, she became a guest actress and starred as Susan Walters in an episode of the second season of the sitcom. Due to this role of hers, she was then recognized by the media network, ABC.

As the years go by with Loni Anderson’s career as an actress, she finally had her big break with her famous character, the hot and sultry receptionist, Jennifer Marlowe, from the one of the most popular sitcoms in American television, WKRP in Cincinnati which dates back to 1978 and ended in 1982. Loni Anderson got the role of Jennifer Marlowe when the producers of the sitcom saw Anderson wearing a red swimsuit for a poster and this poster has the resemblance to Farrah Fawcett’s popular poster back in the 1976. The producer of WKRP in Cincinnati, Hugh Wilson, mentioned that the reason why Loni Anderson was chosen to be Jennifer Marlowe is that she has the same body type as Jayne Mansfield and Loni Anderson gives off innocent sexuality that resembles one of the world’s most popular icons, Marilyn Monroe.

Despite WKRP in Cincinnati having poor ratings in the Nielsen Ratings all throughout the 4-year long airing of the show, it still grew popular and adored amongst teenagers, disc jockeys, and young adults. Due to the rising popularity of Loni Anderson due to her being the show’s “main attraction”, she walked out temporarily from the show to go on hiatus while requesting an increase in her salary. Whilst negotiating her contract with the producers, she played a role in a film by CBS called “The Jayne Mansfield Story” back in 1980. Once the producers agreed to an increase in her salary, Loni Anderson came back once again to the sitcom until it was canceled back in 1982. Ever since then, WKRP in Cincinnati retained its popularity all around the world. Her character also won her major awards such as the Golden Globes.

Loni Anderson, up to this time, has a net worth of $12 Million. 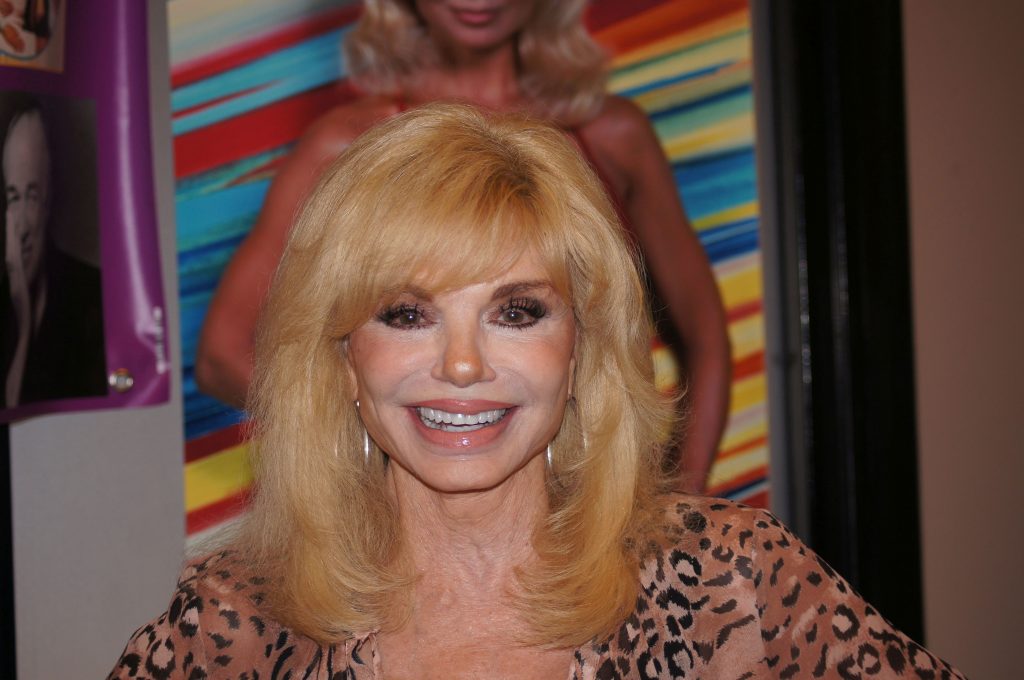 In this segment, you will see some of Loni Anderson’s projects that she has worked on throughout her acting career in the small screen.

Shows that she starred as a guest:

Shows she appeared in:

Shows she hosted in:

Shows she voiced in:

How Long Were Burt Reynolds and Loni Anderson Married?

Besides her popularity in her characters or roles in American television and in film, she was also recognized in her personal life because of her relationship and marriage to another famous actor in Hollywood, Burt Reynolds. The two actors both played a role in film called, “Stroker Ace” back in the year 1983, which criticized and was a fail. Despite that, the on-screen lovers started seeing each other in real life but only in private. The two dated for a couple of years and they were also deemed as one of Hollywood’s hottest couple. The two wanted to level up their relationship which is why they got married with each other back in the year of 1988 and it was also one of the biggest weddings in Hollywood due to its extravagance. While living the life as newlyweds, they decided to start family so they adopted a son whose name is Quinton. Unfortunately, their marriage only lasted for five years. According to Burt Reynolds, one of the reasons for their divorce was because of Loni Anderson’s excessive spending habits. He mentioned that Loni Anderson has maxed out a credit card that is limited up to $45,000 within half an hour. Loni Anderson was not known to be an outfit repeater which is why Burt Reynolds filed a divorce.

Despite people knowing what is going on between the hot couple and being updated with their life, the couple’s divorce back in 1993 was a huge shock to them because everybody expected it to be a happy wedding due to how perfect the couple were on television. As fpr Loni Anderson’s response on her former husband’s retort on her, she decided not to engage and insult her husband in public because he might have just want to start a media war with her.

Burt Reynolds also mentioned that the reason for their split was the lack of intimacy between them. They started to drift apart, three years into their marriage and they started to go on different priorities which do not align with each other. He put all the blame on Loni Anderson.

Reynolds also mentioned that marrying Loni Anderson was something he regretted and it was a dumb move for him. In addition, Reynolds also accused the actress of her unfaithfulness in their marriage which pushed him further to file a divorce. After their divorce, Reynold started to shame Loni Anderson for being an underemployed actress and not being a good mother. Loni Anderson laid low for a while until she decided to speak up for herself, and her words directed towards her former husband were not nice, too.

Loni Anderson opened up about her former husband’s misuse of narcotics and due to the substance abuse, took a toll on Burt Reynolds which caused him to physically abuse Loni Anderson. The fans who speculated the physical abuse turned out to be correct because they noticed Loni Anderson wearing more makeup and trying to cover any signs of injuries. After Loni Anderson shared her claims and her side regarding the physical abuse that she has experienced with Burt Reynolds, he had no comment regarding his ex-wife’s claims and only wishes her the best in life after that.

The allegations does not just end their, Loni Anderson also mentioned Burt Reynolds was not paying child support for thei son, Quinton. Anderson claimed that her former husband would not pay the mortgage of their house as well as not paying what he owes her unless the lawyers reach out to Reynolds.

Their divorce was one of the longest recorded divorces in history because it took the former couple two decades before they have settled their divorce. It was in the year 2017 when Burt Reynolds finally gave Anderson what he owed her. Burt Reynolds paid off his debts to Loni Anderson, just a year before he passed away.

Burt Reynolds, who was born on February 11, 1936, was the former lover and husband of Loni Anderson, sadly has already passed away back in September 6, 2018 due to a heart attack at the age of 82 years old. It was stated by Quentin Tarantino that Burt Reynolds was rehearsing his lines in the show, Once Upon A Time then he got a heart attack.

During settling her divorce with former husband, Burt Reynolds, she married folk singer Bob Flick, who has the founder of the band called, The Brothers Four (1957), along with his friends from university, John Paine, Mike Kirkland, and Dick Foley. The two got married back in 2008 and until now, they are still together. It looks like Loni Anderson, has finally found her happily ever after with Bob Flick.

Is Loni Anderson Still Alive? How Old is She?

One of the most popular bombshell of Hollywood back in the 1970s is still alive and well in the present. The actress is currently 76 years old.

How Old is Jan Smithers Now?

Jan Smithers an actress who played as Bailey Quarters in the show alongside her friend, Loni Anderson in the sitcom WKRP in Cincinnati. Jan Smithers was born on July 3, 1949, and is currently 72 years old. She is no longer active in the Hollwood television and acting industry.

How Old is Pamela Anderson?

Pam Anderson is also an American actress but she is not related to Loni Anderson. Pamela Denise Anderson was born on July 1, 1967 and she was known for popular shoots with Playboy magazine. Pamel Anderson is currently 54 years old. Just like Loni Anderson, she became Hollywood’s sex symbol as well because of her bodacious figure and her features alse resembled Loni Anderson during her younger days back in the years 70s and 80s.