In the messy and humorous world of stand-up comedy, some men and women shine to national fame. One of them is Nick Mullen.

Aside from being a comedian, Nick Mullen is an actor and host. His podcasts on YouTube and other streaming websites entertain his millions of fans.

On December 13, 1988, Nicholas Mullen got born into the world. (Nick eventually became his nickname growing up.)  This date means that his zodiac sign is Sagittarius.

Unfortunately, his parents split up after his birth. Nick Mullen grew up without his father, who remarried after the tragic divorce. Soon, he had many step-sisters whom Nick’s dad loved more than him. The absence of Nick Mullen’s father tainted his childhood as he became deprived of paternal love.

As a kid, Nick Mullen showed signs of autism. Sadly, he lacked his loved ones’ emotional support. But Nick did not let this hinder him from succeeding in life. He and his mom moved transferred to Baltimore, Maryland. There, Nich Mullen attended school and spent his adolescent years.

Nick Mullen finished his college studies at a local university. He enjoyed playing basketball and rugby, and his source of joy growing up includes music and movies. Nick Mullen worked at sandwich stalls, GameStop, Papa John’s Pizza, and Domino’s Pizza.

Despite his struggles, Nick Mullen’s comedic talent began to blossom during his childhood. He studied during the day, and he did comedy shows and side projects at night. Then, he moved to Austin, Texas. Nick Mullen became a finalist in Austin City’s Funniest Person Contest.

On this podcast show, Nick Mullen exchanges jokes and commentary for an hour. He chats with his fellow comedians and guests. In an interview, Nick shared that he dislikes planning the show’s contents ahead of time. This organic style makes his performances even more appealing to the viewers.

He also heads a television program named Problematic with Moshe Kasher. Aside from this, Nick Mullen has a show Cereal Flavors. He also works as a television production assistant and an advertising actor at times.

These shows became reliable sources of relatively large income for Nick Mullen. He also has side projects in minor television shows and movies. Nick Mullen’s comedic talent earned him millions of fans in the United States.

In 2019, Nick Mullen joined the cast of the movie Jungleland. This action movie is about a boxer and his manager who got involved with a criminal gang. The two had two fights in a brutal match to survive. Nick Mullen acted with Jack O’Connell, Charlie Hunnam, Jonathan Majors, Jessica Barden, and Fran Kranz.

Unfortunately, his controversial comedic style and narrative make many people triggered and emotional. These viewers rate him critically on the Internet, making Nick Mullen’s stars fewer than his peers. Nonetheless, his fans are loyal and appreciative of his work.

Nick Mullen keeps his relationships and family information. Based on Internet sources about him, he currently has no girlfriend. Perhaps, Nick is still anticipating the perfect woman for him. It seems that he is exerting his effort to his career in comedy.

Nick Mullen has no children and blood-related siblings.

As stated earlier, his family life is rough. He grew up without his father, while his other relatives were somehow distant from him.

Images of Nick Mullen show that he has light brown eyes and dark brown hair. Nobody knows his shoe size.

His fans estimate Nick Mullen’s measurements. Video footage and references show that the famous comedian might be 5’2” (1.58 m) in height, relatively smaller than other Americans. His weight might be close to 154 lbs (70 kilograms).

According to the body mass index calculator of the US National Heart, Lung, and Blood Institute, Nick Mullen is overweight. But Nick Mullen has a daily training regimen. Every morning, he works out and jogs to keep himself physically fit. His fans say that he does not smoke, but he is an alcohol drinker.

Recent news articles about him show that he is relatively healthy. He has not been suffering from chronic diseases and accidents in the past months.

Nick Mullen is among the highest-paid comedians because of his popularity, earnings, and viral comedic shows. Some estimates show that he receives $250,000 in total every year. But his assets and properties are not available online. Perhaps, he has beautiful cars and houses.

Nick Mullen continues to strive to succeed in his career to earn more.

Nick Mullen is a daring comedian. Because of this, he is prone to controversies, backlash, and even political issues. Sometimes, these issues end up getting funny. One of these instances involves Alex Jones, right-wing conspiracy theorist and the show host of Info Wars.

The comedian likes to satirize mothers in his blog posts. Named Nicole Mullen, he posts humorous essays on Thought Catalog, an online youth magazine. Nich Mullen was active there for years, and during that time, he made sarcastic entries with questionable titles. He wrote about kids consumed by pelicans, sending letters to Iran, and politically incorrect slurs.

But Info Wars picked up one of his satirical essays about abortion, a critical political and ethical issue in the United States. In this essay, Nick Mullen (in the voice of Nicole) said that abortion feels good and sexually satisfying. He joked that, during an abortion, it feels good to have the birth canal checked and scooped like a cup of ice cream at night. There, Alex Jones read Nick Mullen’s post as if it was true. The section of his episode was horrifying without the proper context. But when you realize how Alex Jones fell into the trap of satire, how amusing!

Alex Jones then connected Nick Mullen’s testimonial article to Satanism and hallucinating drugs. Nobody from his team at InfoWars admits this awkward mistake.

But Nick Mullen also annoys the American liberal left, primarily the socialists, LGBT community, and the “social justice warriors.” As mentioned earlier, his comedy provokes the sensibilities of ideologues.

In 2017, Nick Mullen found himself attacked on Twitter through complaints by a mob of leftists. His jokes triggered them to the core, and they wanted to kick him out of social media. They also cited a Medium article listing Nick Mullen’s supposed misdeeds, but Ron Swanson, the author, later took it down.

Nick Mullen’s defenders say that his jokes are not offensive at all. After all, laughter is natural. There are times when you laugh randomly and not out of spite. Like hunger and other behaviors, one can laugh no matter what the joke or remark may be. But the listeners decide to listen to a comedian and find interest in their taste of humor. They say that comedians should not get barred from the free market of ideas and speech.

They also say that it is crucial to consider the context behind Nick Mullen’s jokes. He usually targets sensitive leftists in his comedy skits because he finds their reactions funny. Nick also pokes at the elites who preach about feminism, climate change, and other liberal talking points. But his followers reiterate that he is not a racist and bigoted person.

The fate of Nick Mullen and his comedic career shows the tense political climate in the West. For example, a debate about the freedom of expression in Toronto ended early because of a mob of college students. Although they could intelligently engage with opponents, they chose to finish it violently. Clips of the protests angered netizens, turning it into a meme. The Smugglypuff image from that event serves as a right-wing talking point on how the left dislikes open discussions and sharing of ideas. In a similar vein, Nick Mullen became ostracized on social media because of his speech and expressions.

Nick Mullen’s followers, in their disdain and disappointment, compare far-left people to their far-right enemies. After all, they are both unwilling to listen, yet they are sensitive and intolerant. The opposing camps also share their hatred of opposing views and love for censorship.

Nick Mullen and the world of stand-up comedy

It seems that Nick Mullen will get remembered by his fans as an icon in stand-up comedy.

The stand-up comedy genre began in the 19th century. Mark Twain and his fellow “lecturers” toured the United States to perform and entertain their audiences. These comedians used music as they delivered lines with one another. But Frank Frey from the New York Palace Theatre amused his viewers by himself. His solo performances became trendy in the following decades.

During the Great Depression (in the 1930s), the Borscht Belt comedic group performed monologues in this style. They applied typical storylines and scenes as foundations for their comedic shows. But their audiences only included the elite crowds who could afford the theatre fees.

Bob Hope would make stand-up comedy a trend enjoyed by millions of Americans then. In 1938, he hosted a radio show where he would deliver a comedic monologue. Most of his viewers were American soldiers, making an international icon.

Aside from promoting this solo comedic style, Bob Hope also innovated on making his jokes relatable to the masses while making his job less daunting. He had staff and researchers who write jokes about celebrities, national news, the military, and his amusing experiences. Comedy was no longer generic and repeatable—the people expected more.

After the Second World War, television became mainstream in American households. Stand-up comedy found its way on this phenomenal appliance, and this entertainment genre continued to evolve. Instead of imitating the old speaking style in comedy shows, performers in this decade became more conversational. They talked about politics, cultural shifts, and the norms at the time. This trend inspired a new generation of comedians who would bring stand-up comedy to its familiar form now.

In the 1950s, there was a stand-up comedian who wanted to tear down America’s traditional attitudes. Lenny Bruce spoke at strip clubs and local events, but his comedic talent pushed him to the national scene. He criticized religion, conservative views on sexuality, and the prohibition of drugs. Because of his crude humor and behavior, he got banned on television and faced criminal charges. The fall of his career pushed him to drug overdose and consequent death in 1966. Nonetheless, his legacy would get remembered by the comedians in the next decade.

During the 1960s, the United States went through a turbulent cultural shift. Stand-up comedy during this decade reflects this transformation. Comedians like Mike Nichols and Bob Newhart introduced “improvised” self-talk filled with jokes and acted scenes. In these performances, they portrayed people who talk to someone over the phone, for example.

George Carlin, an admirer of Lenny Bruce, followed his example as he became a famous stand-up comedian on television. He mocked popular game shows, attacked the Vietnam War, and criticized his faith. George Carlin also said cursed words on television, causing him to get jailed. 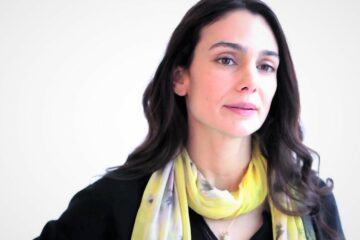 In the hypercompetitive world of Hollywood, it is challenging to get as famous as the big showbiz stars. But actresses like Annie Parisse have etched their mark in their television roles, winning awards and the Read more… 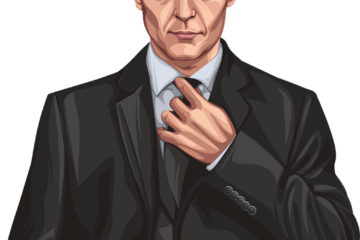 Some people have contributed so much to their communities but get overshadowed over the years. Do you recall the name John Hemphill, especially if you’re Canadian or American? There are two famous John Hemphills—one was Read more… 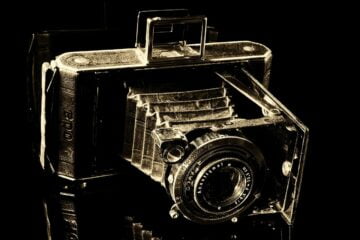