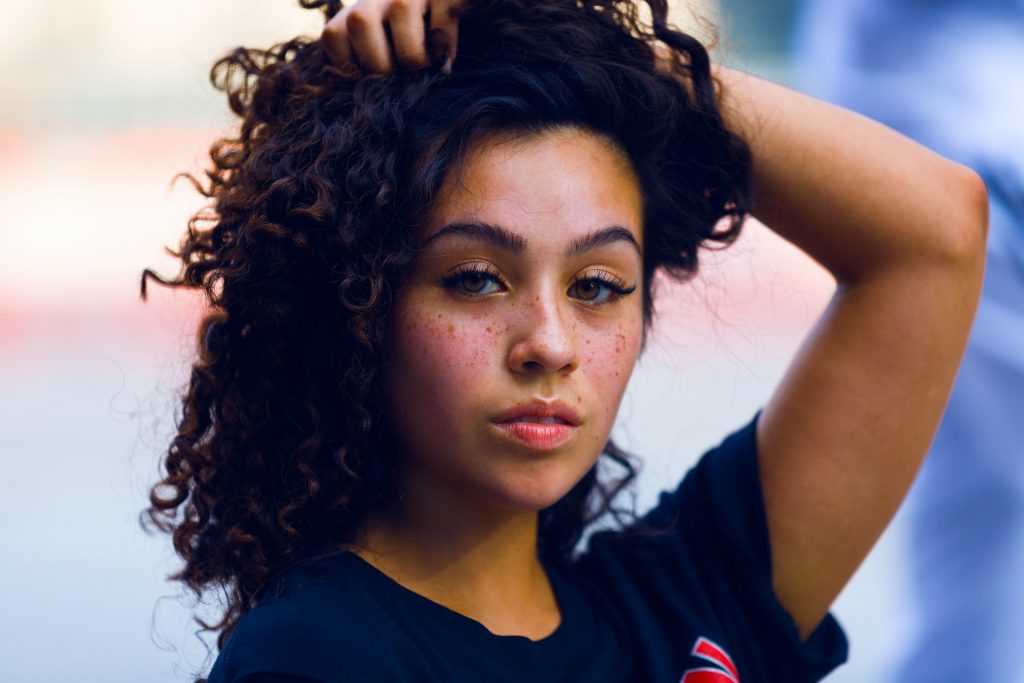 Brazil is the hottest destination in South America, famous for — soccer, iconic carnival celebration, tropical beaches, amazon forests, and one of the warmest countries in the world for a living. Brazil is also a God-gifted country for the hottest, most attractive, gorgeous ladies with authentic majestic beauty, sensuality, highly multi-talented, confident, and naturally bestowed with killer looks.

Emphasized the killer’s looks and hourglass body as the symbol of the Brazilian woman without undergoing any artificial surgery. As a result, Brazil has influenced and been one of the pioneers in the fashion industry for ages. With numerous hot and sexy Brazilian bombshell women on the list, we bring you the top 7 curated lists of hot Brazilian women to feast your eyes.

The most stalked sexy Brazilian model globally was constantly bullied for her bushy hair and height when she was a child. However, Sofia’s untamed beauty, dark almond brown eyes, and gorgeous neck make her look like a wild-fire royal princess.

Sofia has a twin sister named Ingrid. While in childhood, Sofia wanted to become a singer because her dad used to play guitar and enjoys singing along, but later, when she traveled to Europe during her last year of school, she changed her mind and started her career as a model. Later, she quit her studies after high school and pursue a full-time career in the modeling industry.

Sofia has worked with numerous famous photographers, including Mario Testino, Ruven Afanador, and Thierry Less Goues. She has worked with some top favorite brands and magazines, including ELLE, Harper’s Bazaar, Vogue, and many others. In addition, Sofia has done catwalks for some international luxury fashion brands, including Zuhair Murad, Cushnie et Ochs, and Versace. Sofia is currently working with numerous famous modeling agencies, including Uno Models Barcelona, Women/360 New York, Modeling Stockholm, and many more.

One of the hottest and sexiest multi-talented women — Fernanda D’avila. She is a dancer and fitness model. She is blessed with a naturally curvy figure and a perfectly toned body with muscular legs and arms, which is the dream of every woman to look slim yet more robust.

Fernanda was bullied when she was a child because of her overweight figure. Fed up with such non-sense, she started lifting weight, adapted a strict diet regime, and working out. She gains her popularity for her killer looks and beauty after working with a Brazilian TV Show as a dancer.

Fernanda is listed in the top hottest Brazilian women list as a fitness icon and motivation others to stay healthy, working out, and adopt a healthy eating regime. Check out her Instagram page; you might be get motivated to get fit.

The most iconic hot and sexy Brazilian fashion model Gizele Oliveira is a self-made woman famously known for her iconic walk at Victoria’s Secret Fashion Show in 2017 (Shanghai) and 2018 (New York). Her walking video footage of Victoria’s Fashion Show in Shanghai in 2017 was viral across fashion news networks, and social media makes her fashion sensation overnight.

Gizele was born and brought up in Brazil, but later she moved to Miami to pursue her career in modeling with little money, no family, and no knowledge of the English language. But she was an intelligent, quick learner, and confident. She began her career with Miami agency Mc2 Models in 2013, and Gizele shot her first-ever International magazine cover shot with Elle Argentina.

After killing in the Miami fashion industry, in 2014, Gizele moved to New York and was signed by IMG Model Agency. At her fashion debut, she walked for Dolce & Gabbana. After her successful fashion walk in New York, nothing could stop her from being a bold and sexy fashion model. She builds her network, and to date, she walked at fashion shows for Tory Burch, Rebecca Minkoff, Ralph Lauren, Elie Saab, Cushnie et Ochs, and many other international brands. In addition, Gizele has been featured in numerous international magazine cover pages, including Vogue India, Vogue Mexico, Elle France, L’Official Thailand, and many more.

A sexy Native Brazilian and African Dutch native, Emanuela is famously known for her Victoria’s Secret Fashion shows in 2008, 2010, and 2011. In addition, Emanuela is the new face for the Gina Tricot — the Swedish Clothing Brand replacing Pernille Holmboe.

Emanuela De Paula was 9 when she was doing a gig for a supermarket ad. She was 15 and signed with her first agency — Marilyn Agency, one of the most prestigious and famous modeling agencies globally. In 2005, Emanuela bagged her runway projects with Ralph Lauren, Zac Posen, W, and Bill Blass.

Forbes ranked Emanuela on 11 positions in 2009 for the highest-paid supermodel, earning USD 2.5 million. In addition, Emanuela is currently on the list of the top 15 most high-priced supermodels globally.

Emanuela’s delicate features with the killer smile, soulful eyes, beach waves, hair compliment a light tan body, and perfect curve — no wonder why she makes the world crazy after her.

Once called a tall skinny girl nick-named Giraffe in school, Izabel Goulart has become one of the gorgeous women globally with killer features. Izabel is the timeless beauty — bombshell hottest supermodel who walked for Victoria’s Secret Fashion shows for 12 long years from 2005 to 2016. Izabel replaced Alessandra Ambrosio in 2008 as the campaign face of A/X Armani Exchange, featured in their seasonal print campaign.

The wardrobe malfunction incident of her top fell open at the runway walk at her first-ever fashion show made Izabel an overnight sensation in the Brazilian newspaper. However, Izabel put the incident behind and returned to walk the runway for A-List International designs — Oscar de la Renta, Chanel, Roberto Cavalli, Valentino, Dolce and Gabbana, Isabel Marant, Jil Sander, and many others. Isabel has also done numerous campaigns for Missoni, DSquared, Naiman Marcus, H&M, and many others.

Izabel has the most killer smile. She won the Toshiba Cool Planet Award — Best Model category by Cool Magazine in 2007. In May 2007, Izabel — like a Victoria’s Secret Angel, was chosen as one of the 100 Most Beautiful People in the World by People Magazine.

In addition to her modeling career, in 2009, Izabel became the brand ambassador of DRI (Diabetes Research Institute). In addition, she did a charitable event to raise money to provides free insulin to diabetic children. The awareness of Diabetes grew in her life because her youngest brother Guilherme was detected type 1 diabetes when he was 1.

A multi-talented Alessandra started her modeling career from an early age. Her biggest inspiration to be a model was Karen Mulder, the Dutch supermodel. Alessandra was 12 when her parents introduce her to acting classes. By 14, Alessandra was one of the finalists among 20 other models in the 1995 Elite Model Look Brazil national competition. She began to work with Elite magazine, and later she worked with Ralph Lauren, Dior, and Armani. She was on the cover page of Elle magazine.

Alessandra is one of the world’s sexiest women and was ranked number five by Forbes magazine to earn USD 6.6 million every year as a fashion model. She is best known for her work with Vitoria’s Secret from 2004–2017 and as a first spokesmodel for the Victoria Secret’s PINK line.

In 2004, Alessandra launched her first swimwear collection — Alessandra Ambrosio by Sais and sold 100,00o units in the market in the first month. In 2005, Alessandra walked for the Victoria Secret Fashion Show wearing lingerie made out of candy. In 2006, Allesandra was the only model feature on the cover of Glamour Magazine in the USA.

Alessandra was chosen to wear The Floral Fantasy Bra in 2012, specially curated by London Jewellers with rubies, amethysts, diamonds, and sapphires set in yellow gold and rose decorated with more than 5200 precious stones.

If you stalk her photos, you won’t even believe she is 40 and a mother of two. Undoubtedly why she is still top on lost of the hottest Brazilian women and the sexiest women globally.

The most sexual and sensational Fernanda Taveras is still talk of the fashion industry. She has the tiniest and sexiest waistline, as well the sharpest jawlines anyone could ask for. Yet, her soothing look is still a killer, makes everyone’s jaw drops. Fernanda has been domination the fashion catwalks globally for more than two decades and have walked for numerous international highly notable designers, including Emanuel Ungaro, Versace, Chanel, Prada, Valentino, Sonia Rykiel, Missoni, Salvatore Ferragamo, and many others.

Fernanda was 9 when she wanted to be a model and appeared in local shows. When Fernanda was 13, she won the contest — “Elite Look of the Year,” and after a year, she pursued her modeling career. At 17, Fernanda was on L’Officiel Paris, Vogue Paris, Deutsch, and US Marie Clarie fashion magazines covers. She signed one of the world’s best agency the Marilyn Modeling Industry, in Paris and New York and became one of the highest-paid models.

Fernanda’s charming personality is still topped in the most influenced female figures globally. No wonder every male still wishes to marry her, but alas, she is happily married and has two sons. But nothing can beat her to be on the list of the hottest Brazilian woman.

No matter what the Brazilian women wear, they always look drop-dead hot and stylish. Bling jewelry is the Brazilian women’s thing. In addition to it, their flawless complexion makes them the most seductive. Brazilian women are the best iconic example of tanned, with plenty of curves, tiny waistlines, deep brown gorgeous brown eyes, and many curly hair women can undoubtedly sweep anyone off their feet, which is why Brazilian models are the top pick by Victoria’s Secret. 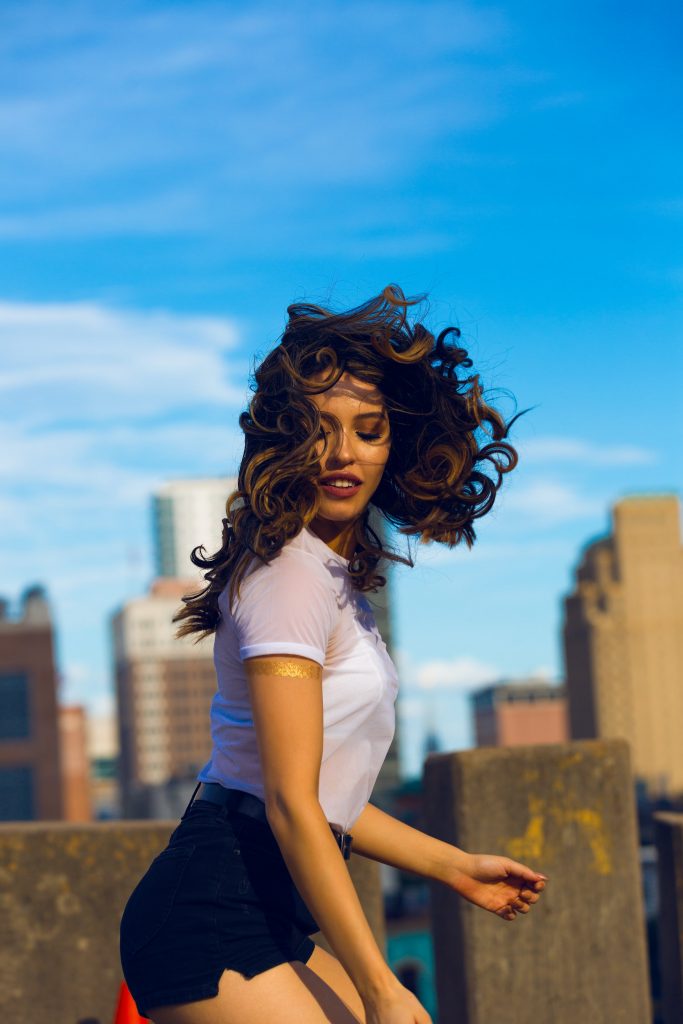 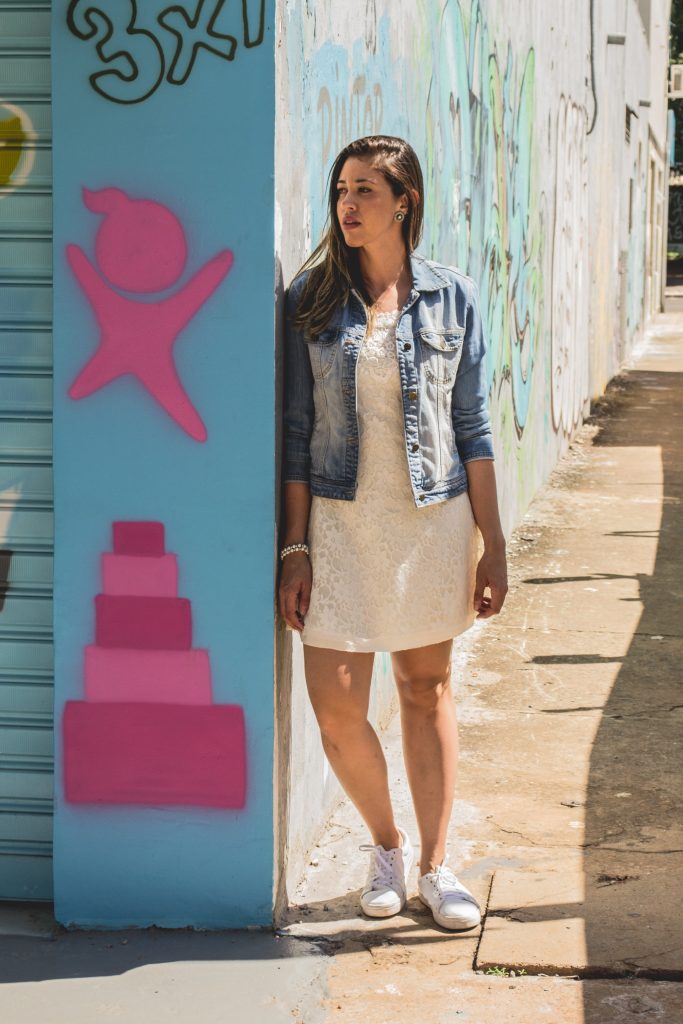 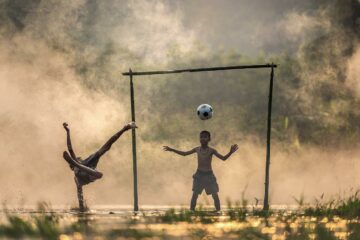