About 33.33% of people experience the feeling of uneasiness or anxiety when laid bare to high places. However, not everyone who experienced this phenomenon already has acrophobia.

By saying so, you might be wondering or asking yourself, what’s acrophobia?

Therefore, acrophobia is a term to refer to people who have an unexplainable fear of heights or higher places. Often referred to as phobias relating to the natural environment.

Thus, people who have acrophobia will always try to avoid getting exposed to high places, even climbing the stairs, which in reality is inevitable as we all, one way or the other, get subjected to heights.

When people with this kind of fear get exposed to heights, their sympathetic nervous system gets triggered. Hence, setting off a quick reflex or automatic response to threatening or demanding circumstances.

Moreover, when an individual’s sympathetic nervous system gets stirred, a blast of overflowing hormones heightens or increases the alertness and heart rate of the body, thus, delivering additional blood to the muscles.

So, when they got confronted with situations such as being in a high place, their sympathetic nervous system sends a signal to the body to be ready for an emergency, and as a consequence, it helps them to sort of escape from what they believe poses a danger or threat.

This adaptive response is advantageous and reasonable for normal events, but not for acrophobic individuals. People who have acrophobia feel irrational and nonstop fear of heights, in situations when there are no risks or danger which can lead to several effects to fear.

The prevailing symptom of acrophobia is the intense feeling or sensation when exposed to heights or higher places with panic, distress, or anxiety manifestations.

Some acrophobic people get frightened when they are at the top of a building or extremely high places. However, other individuals with acrophobia get scared at any type of height, even on stools, stairs, or stepladders.

This experience may often lead them to wide-ranging symptoms, both psychologically and physically. For this reason, we list down below the symptoms of acrophobia, according to its psychological and physical indicators.

Psychologically, these are the common symptoms that an acrophobic person may experience:

Physically, these are the usual signs or symptoms that people with acrophobia feel:

Acrophobia chiefly develops in two fundamental or pivotal stances, and these are innate and thought-out.

This condition most often develops in reaction to an experience that traumatized the individual, which involves heights. These are the common causes of acrophobia:

Nevertheless, acrophobia and all kinds of phobias can also progress or develop without having an unknown cause, and they are normally due to genetics and environmental aspects.

This situation further means that any person will possibly have acrophobia when a family member is suffering from it too. It could also be learned or thought out by an experience during childhood.

Other experts say that acrophobia can also develop from what a theory they referred to as evolved navigation, which occurs in particular processes in the human body under environmental circumstances that include the conception of height.

Acrophobia and other kinds of phobias do not always necessarily need treatment. Other people who have phobias can easily get away by avoiding the objects they fear, and usually, these frights, don’t have a huge impact or effect on their daily activities.

Nonetheless, if the phobia is creating a huge problem in your daily activities or stopping you from doing the things you needed or wanted to do, then it would be best to go through with the treatment procedure. With this, here are a few treatment methods or steps that you can take if you have acrophobia and all sorts of fears.

This therapy is among the most effective remedies or treatments for particular phobias, such as acrophobia. A therapist will work with you by slowly exposing yourself to your feared object.

Some people who have acrophobia or fear of heights, may start or begin with viewing photos from the angle of an individual who’s in a skyrise building.

They can also watch films or video clips of individuals who are either climbing mountains or crossing narrow and swinging bridges. Then, after a while, you can start by stepping on a ladder or going to your balcony. During this process, you are already learning the technique of relaxing while you go through the things that scare you the most.

One of the triggering factors of any kind of fear is anxiety or the feeling of distress in situations when individuals who have certain phobias experience an encounter with their feared objects. Hence, it makes sense that going through meditation or relaxation therapy can help in treating phobias.

Joining yoga or regimens that support deep breathing and progressive muscle relaxation can help immensely in coping with the stress or the unsettling feeling that most individuals who have phobias experience.

Cognitive Behavioural Therapy (CBT) or also known as psychotherapy is an effective treatment to treat certain phobias. This type of therapy is suitable for individuals who are not yet ready to expose themselves to the actual exposure of their feared objects.

A person who has a phobia will work with a therapist in a CBT procedure where they will work on a reframe challenge of changing negative thoughts, such as heights or higher places for acrophobia. It may still involve a little exposure to their feared objects, but generally, the execution of the process is in a safe setting.

Recently, a new kind of therapy is catching some experts’ attention as a potential procedure for treating individuals with phobias. This therapy involves exposing the patient to their feared object in a safe setup using a computer-systematized application that generates a 3-dimensional image that appears to surround the patient. So, when an individual gets overwhelmed during this session, it can immediately stop as it’s through a computer’s operation.

Doctors may give prescription drugs or medications that can help ease the symptoms of the phobia, such as anxiety and panic attacks.

These medications are sedatives that can help lessen anxiety symptoms. However, doctors prescribed these drugs for a short duration or randomly, as these medicines can be addictive.

These prescription drugs help in keeping the blood pressure and heart rhythm at a stable rate and decrease other physical symptoms brought on by anxiety.

D-cycloserine (DCS) is also a prescription drug to increase the advantages of the actual exposure to the feared objects. Studies showed that using this medicine helped to enhance the effects of exposure therapy.

Acrophobia is among the most notably common phobias that involve unexplainable or irrational fear of heights. Hence, people who have phobias try their best to avoid any high places.

The severity may differ from one person to another person. There are people who can get by with their daily activities despite the fear. However, it’s not always the case for other people.

Their fear creates a huge impact or effect on their daily tasks or activities. Hence, in cases, like this situation, visiting a therapist to help you get through it is advisable. 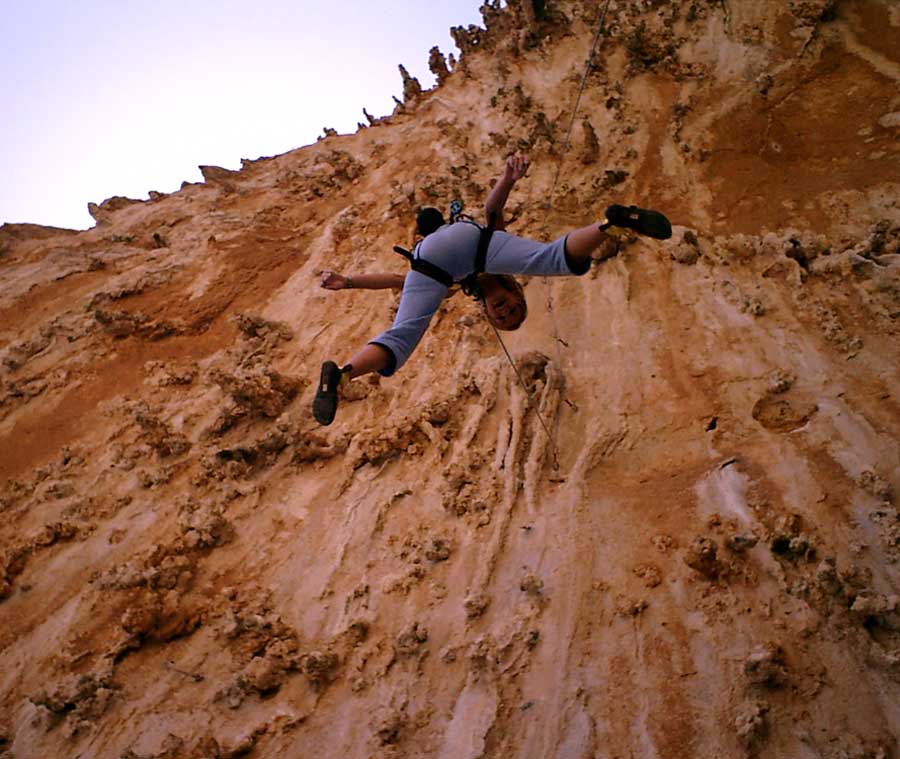 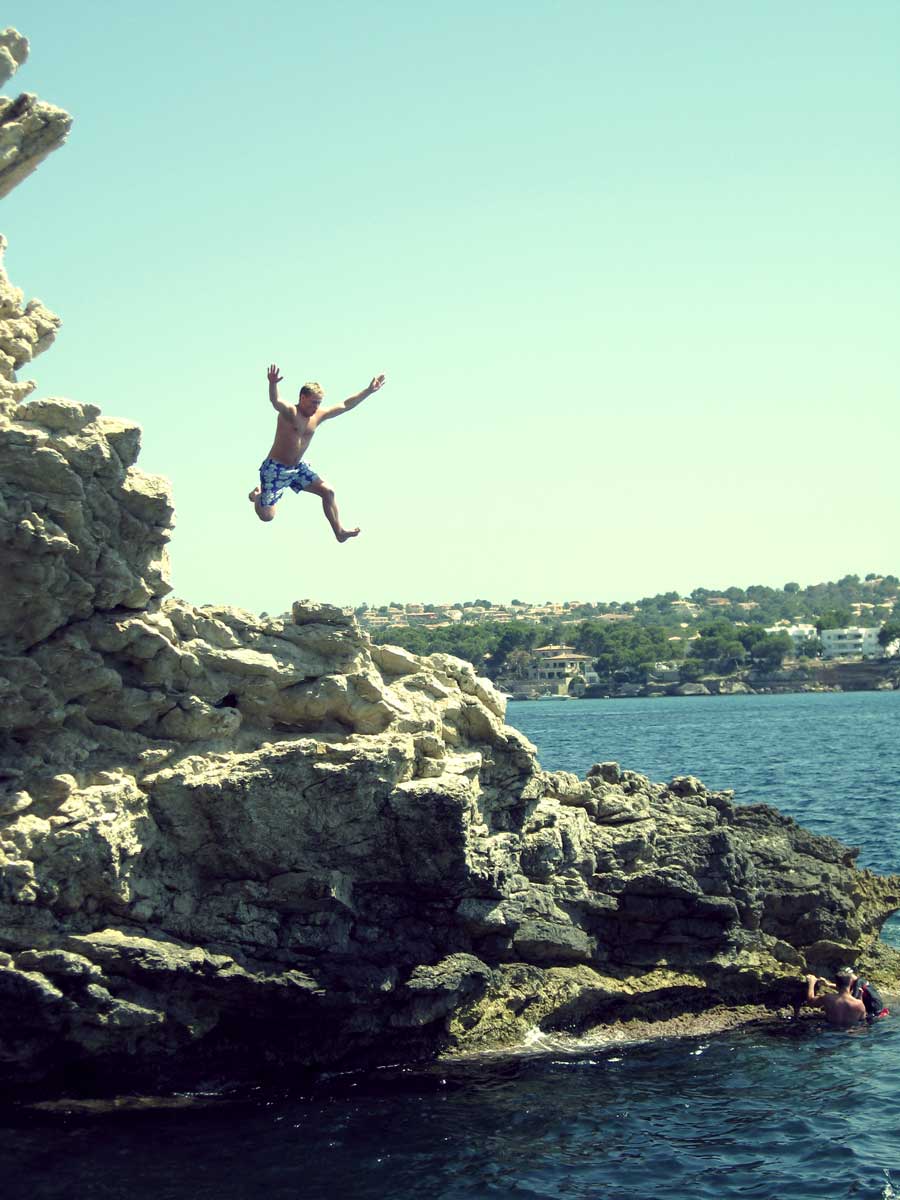 All the information on this website is published in good faith and for general information purposes only. If you need any medical advice, you should get an appointment with your doctor as soon as possible.

Any action you take upon the information you find on this website (fonsly.com), is strictly at your own risk.

Hey there, I am so sorry to hear about your fear of Height I totally understand how you feel as I have suffered from this for a long time.
It’s actually embarrassing as none of my friends or family have ever had the same issue. I would love to help you and tell you what I did to help me get over this fear.
I tried many different things and none worked as well! Thanks for your tips and trick about the fear of height!

The good thing – and sometimes bad thing – about working out is that it is addicting. Once a person can get through the first couple weeks of a new exercise plan, their brains start Read more…