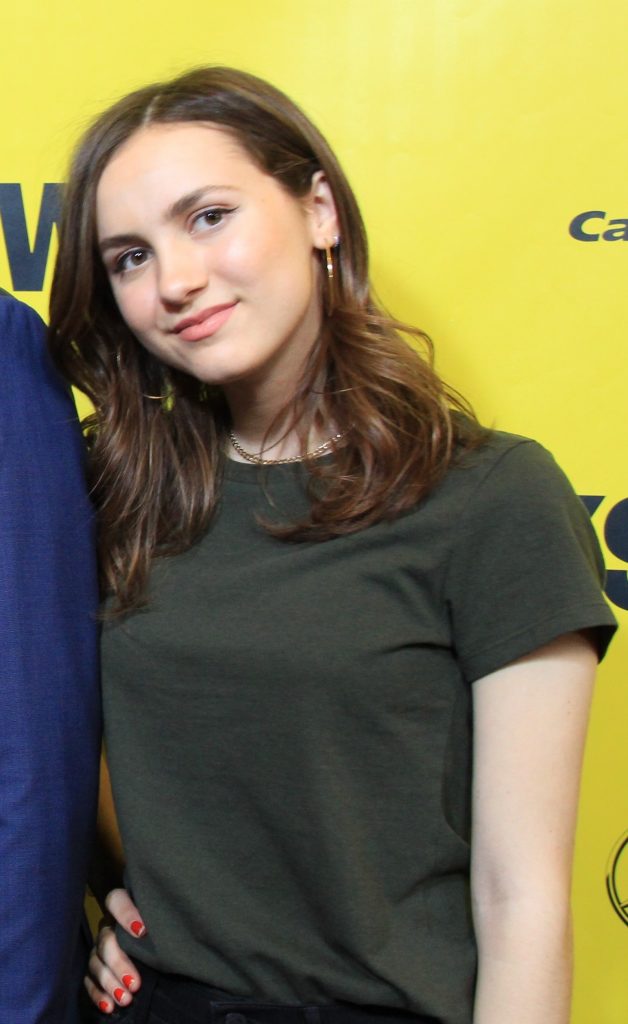 She was born on the 15th of December 1997. Maude is an American popular actress. She is known for her recent movie where she played the fictional character of Lexi Howard in the HBO drama series called Euphoria.

She was also a celebrity child. Her father is a famous filmmaker called Judd Apatow. Her mother is also an actress Leslie Mann.

Her career beginning is a very unique one because she started acting in her father’s movies and with her mother as part of the cast. She was the fictional daughter of her mother in these movies.

Or instance, films like Knocked Up in 2007, Finny people in 2009, and this is 40 in 2014. Her father owns these three movies and she acted as the daughter of her mother in all of these movies too.

She didn’t only act in her father’s movies. She also got a lot of popularity from acting in other films.

Other films include movies like other people aired in 2016, the house of tomorrow that aired in 2017, Assassination nation, and some other films that she has gotten to be a cast on. Through her father’s connection and her talent, she has been able to build a good name for herself. 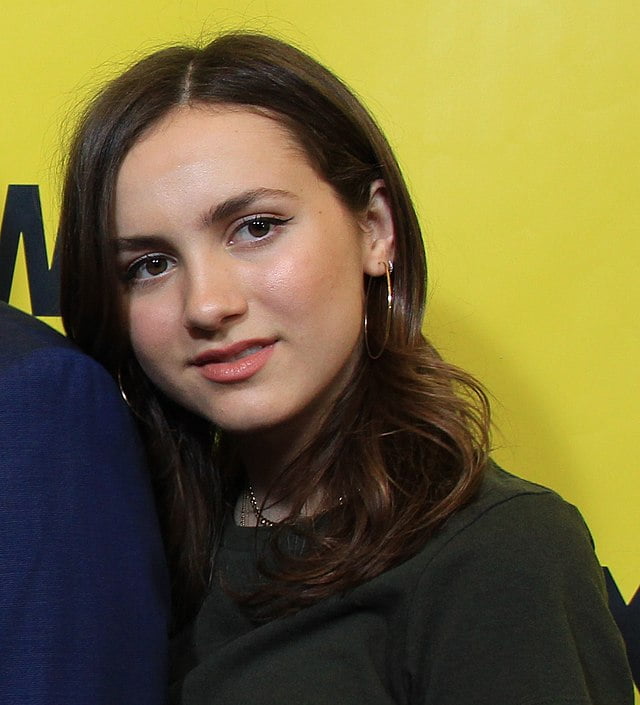 Maude’s mother is a very popular actress. Her name is Leslie Mann. Her father is also in the entertainment business. He is a filmmaker, he is a producer, and also a screenwriter. He is Judd Apatow. Both her parents are very popular in the movie industry.

Her father’s family are Jewish people. From her mother’s side, she has an ancestry of Finnish. She isn’t the only child in the movie business with the parents. She also has a younger sister who is in the business too, her sister is Iris Apatow.

As a young girl, her high school was a crossroads school. The school was a private school located in Santa Monica, California.

While in high school, Maude was into things like musicals and art. She liked musicals like Cabaret and into the woods.

She also studied theatre the Northwestern University in Evanston, Illinois. She dropped out of this school in her sophomore year. 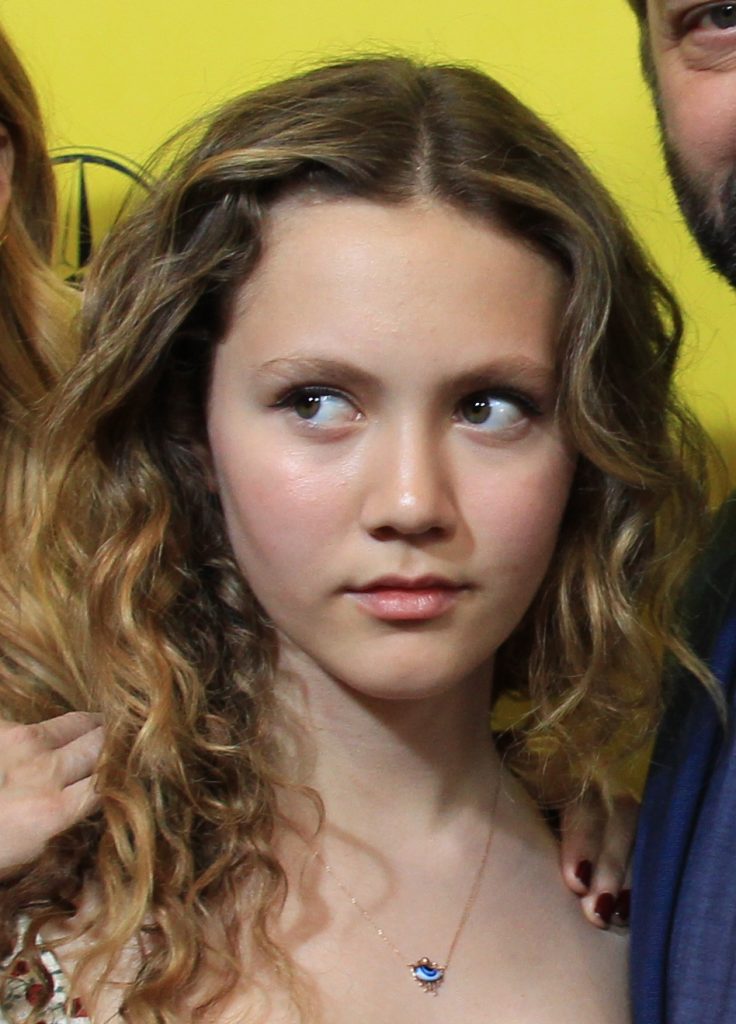 Although, for this movie, her scenes didn’t make the cut so they couldn’t make it into the movie proper.

The next movie she appeared on was also her father’s movie called Knocked up. His was in 2007.

Knocked up was about a family where the mother, father, children, and the mother’s sister were all living in one compound. The sister who was living in the guest apartment got Knocked up, she got pregnant.

Now the two daughters of the woman in the movie were Maude and her real-life younger sister Iris. Both children were Charlotte and Sadie.

Their mother in this movie was also their real-life mother, the popular actress Leslie Mann. This same thing happened again in another of their father’s movies called funny people was in 2009. All three of them made the cast while the father was the producer.

In another movie produced by her father, like a spin-off of the other movie ‘Knocked up’ she also appeared in the 2012 sequel. This film was called This is 40.

In the movie this is 40, she also came and played the role of Sadie. Because of her role in this film, she got nominated for two awards. One of them was in the category of the young supporting actress while the other was for the young actress.

She joined Twitter when she got a phone and she immediately started getting a lot of people to follow her.

Today she has become a very huge contributor or support to Zooey Deschanel’s website called Hello Giggles. She is a writer and interviewer on the show. She works and earns money from this site as she has made a huge contribution there.

With this work and her other acting roles which she has been getting, she earned a spot in the Forbes 30 back in 2012.

Pitch perfect 2 came out in 2015 and so Maude was given a role as part of the audience members. The same year, after the Pitch-perfect gig, she also bagged another acting gig in an H I comedy series called Girls as Cleo.

This series had her father listed as one of the executive producers. She got to appear on three episodes in season four.

2016, she starts leaving the hands of her father’s movies and series. She came on the set and got the part as Alexandra Mulcahey in the movie other people.

This film was her first-ever movie where she made the cast and it went because it was her father’s movie. She is very talented, we should point that out, her father just helped her to show the world her talent.

217 came, she got the role of Meredith Withcomb in the movie called The House If Tomorrow. She also got to direct a film called Don’t Mind Alice. Although it was a short film, she was the director and that is a huge career step.

The film was co-written and co-directed by her and Olivia Rosenbloom. All of this at a very young age. In 2018, which was the next year after her last film and director role. She got to be in the movie called Assassination Nation. She was Grace in the movie.

The director of this movie was Sam Levinson. He directed this movie and another HBO series called Euphoria. He also cast Maude in that series too.

The next year after that, she got to co-star in one of her father’s comedy films called the king of state island.

Judd was born in 1967, on the 6th of December. He is an American comedian, director, screenwriter, and producer.

He is based mainly on comedy series and movies. He used to be a stand-up comedian, he is a funny guy. People who know him say that he is a fun guy to be around.

Over his time as a big-time director and screenwriter, he has produced a lot of movies and written a lot too. He has even gotten to employ his daughters and wife to be part of his set on two or three different occasions.

He was born to Maury Apatow who used to be a real estate developer. His father was Tamara shad, he used to work for Maury’s father at the time.

He has siblings too, his father and mother had three children including him. He didn’t get to stay with his parents for too long, he was one of the children whose parents are divorced.

Leslie Mann is a very famous actress, she has been in a lot of movies in her lifetime. She is still acting and is very good at what she does.

She was born in San Francisco, California. She grew up in Newport Beach.

Her mother raised her, her mother was a big businesswoman while she was a child. Her mother used to be in charge of the design and quality programs that ran for the Ayres hotel group.

This is why she saints that she doesn’t have a dad. She grew up without having him. in her life so he is like a stranger to her.

She has immediate siblings, she also has some step-siblings who are older than her. Funny enough, the actress said that while she was growing up, she used to be very shy.

She graduated high school from Corona Del Mar. Even as a shy girl, she wanted to be an actress so she went in and studied acting at the Joanne Baron acting studio.

Iris is the younger sister of Maude. She was born in 2002 on the 12th of October. She is a very popular actress, she has a popular mother who is also an actress and her father who is a director. She is known for her role as Arya in the series called Love.

She is there last-born child of her father and mother, she and her sister have appeared together in some of her father’s films before.