Jalapeno peppers are a popular variety of chili pepper known for their moderate to a high level of heat and distinctive flavor. Originally from Mexico, jalapenos are now grown in many parts of the world and are used in a wide range of cuisines.

Jalapeno peppers are typically picked when they are still green, although they can also be allowed to mature and turn red. They are typically about two to three inches long and have bright green, smooth skin. The heat of a jalapeno pepper is determined by the amount of capsaicin it contains, with larger and more mature peppers generally being hotter than smaller ones.

In addition to their use as a spicy ingredient in dishes, jalapeno peppers have also been used for medicinal purposes. Capsaicin, the compound that gives jalapenos their heat, has been found to have pain-relieving and anti-inflammatory properties. It has been used topically to treat conditions such as arthritis and neuropathic pain, and it has also been studied for its potential use in weight loss and as a natural alternative to certain medications.

In addition to their culinary and medicinal uses, jalapeno peppers have also played a cultural role in the cuisines of the regions where they are grown. In Mexican cuisine, for example, jalapenos are often used to add heat and flavor to dishes such as salsas, tacos, and enchiladas. They are also commonly pickled and served as a condiment.

Jalapeno peppers get their heat from a compound called capsaicin, which is found in the ribs and seeds of the pepper. Capsaicin is an irritant to mammals, including humans, and it triggers the release of pain-relieving endorphins when it comes into contact with mucous membranes.

Are jalapeños hot without the seeds?

Jalapeno peppers can be hot even without the seeds, as the heat of a jalapeno pepper is primarily determined by the amount of capsaicin it contains. Capsaicin is found in the ribs and seeds of the pepper, as well as in the fleshy part of the pepper.

The seeds and ribs generally contain more capsaicin than the flesh of the pepper, so removing them can help to reduce the heat of jalapeno pepper.

If you prefer a milder jalapeno, you can remove the seeds and ribs before using the pepper in a recipe. You can also choose smaller, younger jalapeno peppers, as they tend to be less hot than larger, more mature peppers.

What makes some jalapeños hotter than others?

Are jalapeños hotter when they turn red?

There can be some variation in heat level based on the specific variety of jalapeno pepper and the growing conditions. Some jalapeno pepper plants may produce peppers that are naturally hotter than others, regardless of their color.

Also, peppers that are allowed to mature on the plant for a longer period of time may be slightly hotter than younger peppers due to increased capsaicin production. The heat level of a jalapeno pepper is primarily determined by the amount of capsaicin it contains, and this does not change significantly as the pepper matures and turns red.

Why are fresh jalapeños not hot?

Fresh jalapeño peppers are often not as hot as mature peppers because they have not had as much time to develop capsaicin, the compound that gives peppers their heat.

The level of capsaicin can also be affected by the soil, sunlight, and temperature conditions in which the pepper plants are grown. So it is possible that the jalapeño peppers you are trying are simply not as mature or were grown under conditions that resulted in a lower level of capsaicin.

Do jalapeños get hotter after being picked?

This is because the capsaicin, the compound that gives peppers their heat, tends to break down over time.

The level of capsaicin in a pepper is also affected by the growing conditions, so it is possible that some jalapeño peppers may be hotter than others due to variations in the soil, sunlight, and temperature conditions in which they were grown. However, in general, jalapeño peppers will not become hotter after they are picked.

Should you pick jalapeños before they turn red?

Others may prefer to wait until the peppers have matured and turned yellow, orange, or red, as they may have a sweeter, more ripe flavor at this stage. Ultimately, the decision of when to pick jalapeño peppers is a matter of personal preference and depends on the desired flavor and use of the peppers.

Why are my green jalapeños turning black?

There are a few possible reasons why your green jalapeño peppers might be turning black. One possibility is that the peppers are rotting, which can be caused by a variety of factors such as improper watering, pests, or diseases.

Rotting can cause the pepper to turn black and soft, and it can be accompanied by a foul smell. Another possibility is that the peppers are simply getting older and starting to turn black as they begin to dry out and shrivel up. This is a natural process that can occur as the peppers age and is not necessarily a cause for concern.

If the peppers are rotting, however, it is important to remove them from the plant to prevent the rot from spreading to other peppers. If you are unsure of the cause, you may want to consult with a local nursery or extension service for more information. 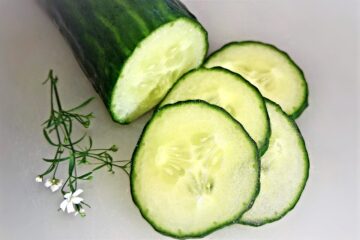 Why do Cucumbers Taste Bitter 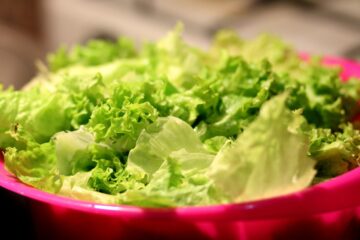 Lettuce is a popular leafy green vegetable that belongs to the Asteraceae family, which includes other plants such as sunflowers and daisies. There are many different varieties of lettuce, including iceberg, romaine, butterhead, and leaf Read more… 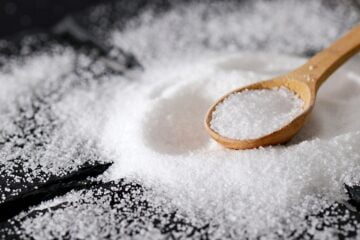 Kosher salt is a type of edible salt that is commonly used in the preparation of kosher foods, as well as in cooking and baking more generally. It gets its name because it is used Read more…