In this article, you will see the list of iconic and well-loved female anime characters and the reasons for the praises they get.

Taking the number one spot is Kurisu Makise from the science fiction anime, Steins; Gate. this character is one of the most admired female anime characters because of her intelligence, strength, and confidence. She is a member of The Victor Qondria University’s Brain Research Program and she is widely popular in the United States due to her outstanding theses papers.

Kurisu Makise’s character traits are having a fair complexion, red hair, and has purple eyes.

Coming up next is Mikasa Ackerman, who without question belongs a spot in this list for her known character trait which is one of the strongest female anime characters in terms of physical strength and mental strength.

Many people look up to her because of her confidence, techniques in battle, as well as this silent confidence that wraps around her aura in the anime series, Attack On Titan which is one of the most popular anime series of all time. Mikasa is an example of a female character or lead character that is deemed to be an alpha or superior because of her strength and domineering presence even if she is somewhat introverted.

She is very respected by her peers and the other characters of the anime because of her relentless power and strength which is unusual for females and for them to be on, a battlefield which only makes viewers love her more because her character depicts unabiding to society and does not follow their expectations in a woman which are to be submissive, behaved, gentle, and only do housework.

Mikasa’s physical traits are having a fair complexion, jet black hair which changed throughout the seasons of the anime, and she has a muscular and tall build due to countless training in the military.

Female characters are always expected to be submissive and be docile for the entertainment of the patriarchal and misogynistic society but unlike other females like Hitagi Senjougahara, even as a fictional character, she is depicted to be unafraid of breaking those gender stereotypes or standards that are made for society to abide by and be forced upon committing.

As for her physical traits, she is pale, frail, and sickly because she has a condition.

Next on the list, is another hot-tempered female character and her name is Taiga Aisaka. She is from one of the most popular romantic-comedy, coming of age, and drama anime, Toradora. She is also one of the most popular tsundere characters hence the description being hot-tempered just like Hitagi Senjougahara. But despite their bluntness and somewhat mean remarks, they are really sweet especially to the person whom they care about so much.

Taiga Aisaka is also described as a go-getter which is why she claimed Ryuugi and they both ran off together. However, in the end, Taiga Aisaka decided to leave Ryuugi and the town she currently lived in, in order to fix her relationship with her dad. This reason made the viewers fall for her because despite loving Ryuugi so much, she decided to sacrificed what she and Ryuugi have so that she could fix her relationship with the only parent she could contact. This goes to show that she is family-oriented.

Taiga Aisaka’s physical trait is that she has caramel brown hair, a small face, big eyes, and a small height in which she feels really conscious.

Next on this list is another alpha female and her name is Saber. Saber is the female lead character of the anime called, Fate. Saber is a servant to a master and her skill is her being capable of defeating other strong opponents or servants.

What the viewers admire about her is not just her relentless power and skill in fighting but her loyalty as well.

Saber’s physical traits are having a fair complexion, big green eyes, blonde hair which is braided and has bangs, and she also wears a suit that looks like armor.

Of course, we could not forget our favorite klutzy super hero, Sailor Moon from the popular classic anime, Sailor Moon. Sailor Moon is one of the most popular and most loved female anime characters because her character is depicted as this clumsy and average student who always seems to have failed in most aspects of her life, mostly focusing on academics but until she saved a magical cat from danger, her life drastically changed from average teenage girl to the planet Earth’s savior from danger.

To further explain the reason why Sailor Moon is one of the most favored and admired female lead characters in anime is that a lot of people can relate to her especially students. Society always puts pressure on people and always treats life as a race but sometimes, the system that society has established is not suitable for other people because some people do not have the same pace in learning as others. Simply put, we are different from one another and it is completely useless to treat every single aspect of life as a competition against each other because we have different paces, experiences, and fortes.

Just like Sailor Moon, who began as an average female character in anime whose life could not get any better and her life is just completely stagnant, she feels that she does not have any other purpose in life because she just feels so average until she finally found her calling and that is to become a superhero. At first, she feels neutral or unmotivated with life until she became a superhero, she started to become more passionate in trying to make herself better for herself as a hero and for the world to be the superhero the people deserve.

Sailor Moon’s physical traits are having blonde hair which is tied into her famous pigtails, and she is tall in height.

Last for this list is a bubbly teen student from the popular superhero anime series, Boku No Hero Academia or My Hero Academia, and her name is Ochako Uraraka. She is one of the most adored female anime characters because she is not the typical female anime character in some animes who are softies and are mentally weak but instead, Ochako Uraraka is a bubbly girl who is passionate about becoming one of the best superheroes and student in her school in order to help her parents financially.

She is a mentally strong character who possesses a superpower of anti-gravity. Every object that she touches will start to float and will only come back down to the ground if Uraraka claps her fingers together. But if she overuses her power, she becomes nauseous.

Ochako Uraraka’s physical traits are having short brown hair, round eyes, and is short in stature.

How Long is a Baby a Newborn? Everyone knows that a baby is one of the greatest blessings one can have. The small bundle of joy, soft, tender, and pink – babies are precious. It Read more… 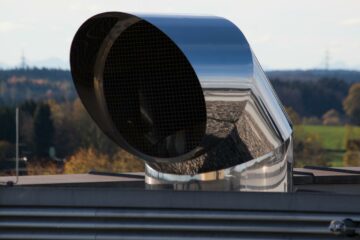