Yummy asparagus in all its glory

With its unique taste and tenderness, asparagus deserves its price and reputation. It has the flavor of green beans and broccoli laced with a somewhat bitter, earthy aftertaste.

The purple ones even feature a unique sweetness that resembles barley and almonds. So, how can you prepare and cook this wonderful vegetable and enjoy it? How can you make asparagus meals for busy school days, casual afternoon snacking, or special dinners? Here, you’ll find out! Have fun! 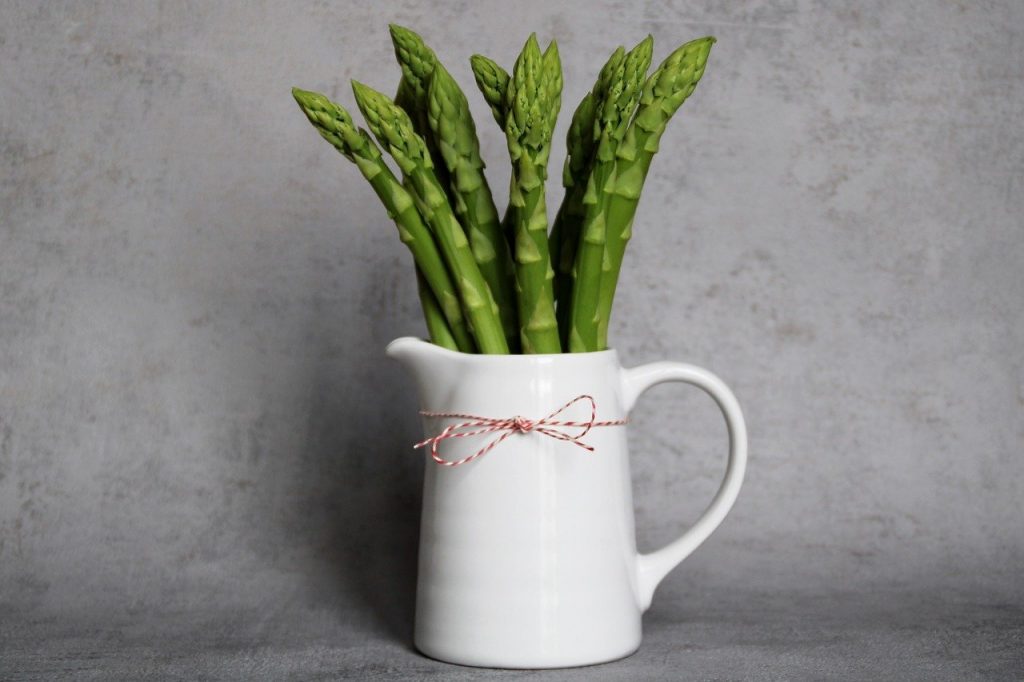 Before proceeding to the steps in preparing and cooking asparagus, let’s first talk about and appreciate its great wealth in vitamins and minerals. Asparagus contains nutrients such as zinc, magnesium, potassium, iron, phosphorus, and calcium.

It also has Vitamin A, Vitamin B, Vitamin C, Vitamin E, and Vitamin K. Moreover, it is rich in antioxidants such as flavonoids and polyphenols, including nutrients that feed the good bacteria in the digestive system.

After buying asparagus, look at its spears, because you have to adjust your cooking time depending on its thickness. Make sure that the long stems are brightly colored while the tips are closed. The skin of fresh asparagus is smooth and firm as well.

If the vegetable would not eaten within two days of buying them, you should keep them in the fridge. To extend its freshness for the next five days, you can cut a half-inch off the asparagus, wrap it in a damp paper towel, and place it in a secure plastic bag.

Over time, the asparagus might start to look limp. If this happens, you can still try to rehydrate it. Just slightly cut off the bottom part, put the plant in an inch of water, cover the tips, and refrigerate overnight.

This can make the spears regain their texture and firmness. However, there are signs when asparagus can no longer be consumed. Check if it is already mushy, dark brown, slimy, and smelly.

Before cooking asparagus, cut the tough bottom part of the plant. To know where to start trimming, hold the middle and the bottom part with your fingers and snap it in half. The point where it bends will be your guide in cutting.  The outer skin of the vegetable is thick, so a peeler will make shaving easier and more efficient. Wash and clean it before cooking! 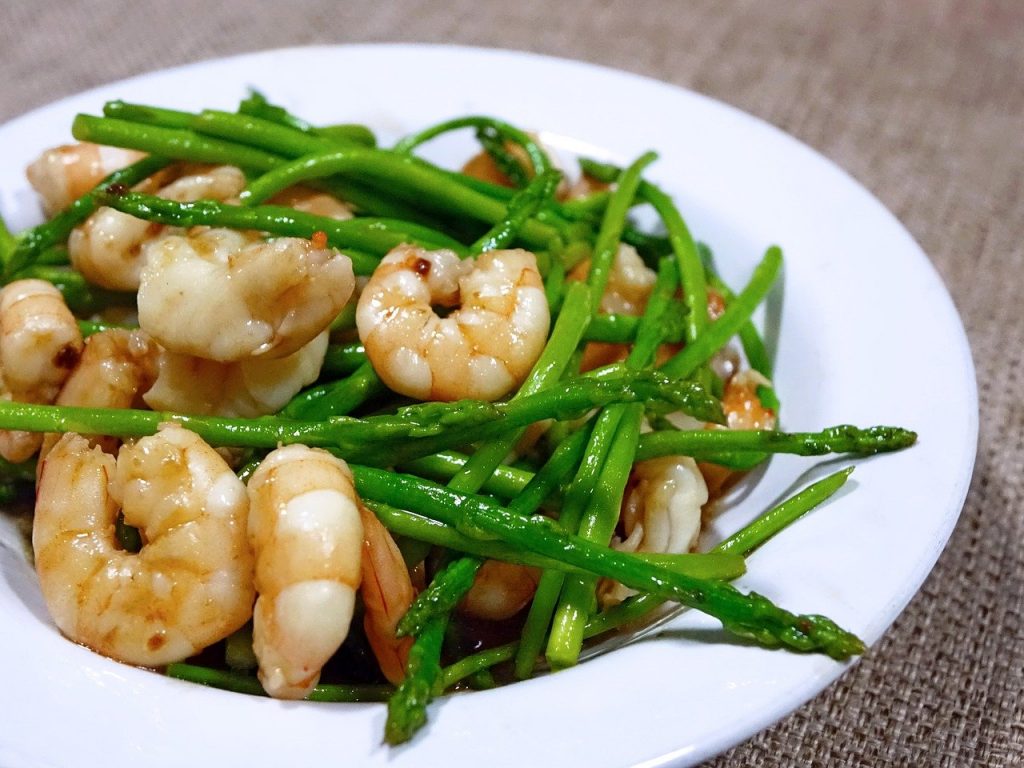 Let’s start our repertoire of recipes with Gordon Ramsay’s version of sautéed asparagus. Gordon, a famous international chef, and restaurateur with several television shows and prestigious awards shared his recipe for a terrific asparagus meal.

Heat the pan over medium-high. Season the asparagus with black pepper and lemon salt together with the olive oil. Let it smoke and sauté for 90 seconds until the green asparagus becomes brighter and the white asparagus begins to darken. Flip the spears and add butter. Let the butter melt and turn brown while the spears burn for another 90 seconds.

Put the vegetable stock in the pan. Turn off the heat, place an aluminum foil in the asparagus to steam for two to five minutes, and check the asparagus. If it’s still hard, let the asparagus simmer on low heat for two more seconds. If it’s already soft enough for the knife to slide through, remove it from the heat.

Prepare 450 grams (one pound) of trimmed asparagus spears, and one tablespoon of olive oil, black pepper, and salt, as needed for seasoning.

Preheat the oven to 204ºC (400 Fahrenheit). Then, place the asparagus on the tray, coat it with olive oil, and season with salt and pepper. Roast it for five minutes, then shake the pan a few times. Continue roasting it for another three to five minutes until the edges of the asparagus turn brown and tender.

Prepare 450 grams (one pound) of trimmed asparagus, ⅓ cup of plain breadcrumbs, one tablespoon of divided salted butter, and one crushed or minced garlic clove.

In a pan, melt two teaspoons of butter on medium heat. Fry the breadcrumbs until they turn crisp (within three to four minutes). Then, put them in a bowl and wipe the pan with a kitchen towel or paper.

Put the other teaspoons of butter in the pan. Fry the asparagus until the spears have a slight bend if you shake it with a pair of thongs. Add the crushed or minced garlic and the breadcrumbs to the pan, then switch off the heat. Stir everything for thirty seconds. 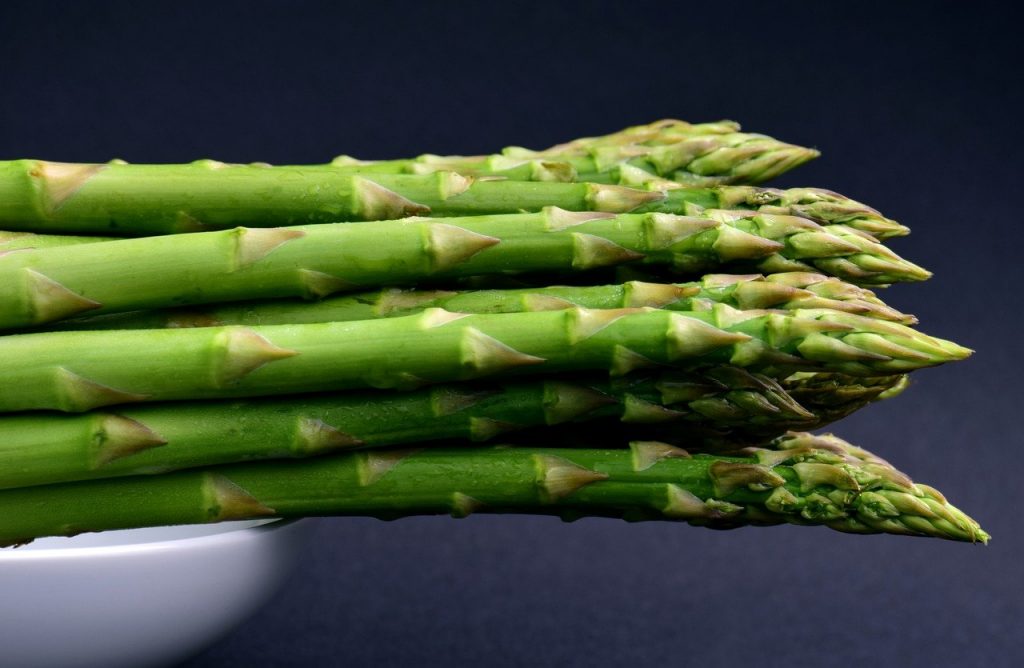 Boil in a covered pot enough water for the asparagus. Trim the one-inch bottom part and peel the asparagus to reveal its flesh. Add salt to the boiling water, followed by the asparagus. Turn down the heat and let the asparagus simmer until the spears can easily be penetrated with a knife. Pat it dry.

Prepare the following: 450 grams (one pound) of asparagus; 680 grams (1½ pounds) of chicken breasts cut in half, ½ inch thick; ¼ cup of all-purpose flour; two tablespoons of olive oil; one teaspoon of butter; two cloves of minced garlic; ¼ cup of honey; two tablespoons of soy sauce; one tablespoon of apple cider vinegar; and salt and pepper.

Place the flour in a bowl. There, press and season the chicken with pepper and salt. Put the oil on the pan and heat it to over medium-high. Cook the chicken there for three minutes, then flip and cook for another three minutes. Reduce the heat to medium. Melt the butter in the middle of the pan. Add the garlic, soy sauce, honey, and vinegar. Stir the mixture and simmer it for one to two minutes until it turns thick.

Put the chicken and the sauce into a bowl. Add the asparagus to the pan, add ⅓ cup of water, cover, and let it steam for two to three minutes until the vegetable is crisp-tender. 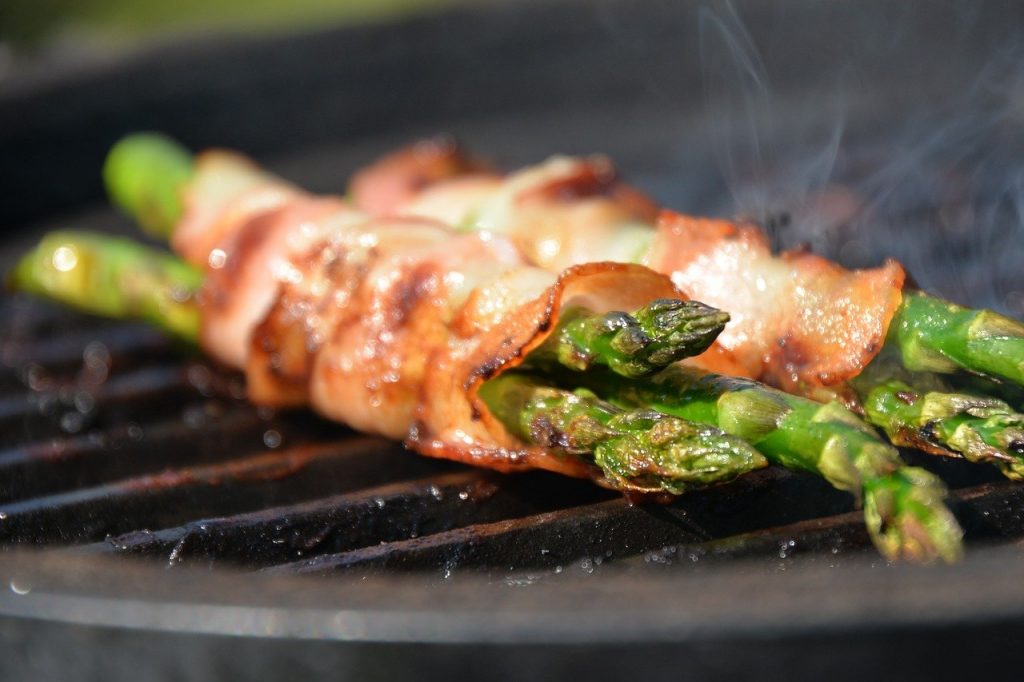 Prepare 450 grams (one pound) of trimmed asparagus, six slices of bacon, and two teaspoons of olive oil, salt, and pepper.

Heat the grill to 176⁰C (350⁰F). Place the asparagus in a mixing bowl, coat it with olive oil, and season it with salt and pepper.

For the pasta, prepare eight ounces of pasta,

Boil the noodles accordingly. Add the asparagus when four minutes remain and the peas when two minutes remain. Scoop out and reserve ¼ cup of starchy cooking water before draining it.

In a large pan, heat the oil and butter over medium-high heat. Cook the mushrooms, onions, and garlic there for five minutes. Stir in the flour and cook for 30 seconds. Add the milk while stirring and simmer it over low heat for about three to five minutes until it is slightly thickened. Cook the spinach and salt until the spinach wilts.

Pour the sauce over the pasta and vegetables. Add and completely stir ¼ cup of the starchy cooking water, lemon juice, and zest with all the ingredients. Season it with salt and pepper, according to taste. Garnish with Parmesan cheese and parsley.

What Is the Legal Breath Alcohol Limit?

The legal breath alcohol limit, also known as the blood alcohol concentration (BAC) limit, varies by country and state. In the United States, the limit is typically 0.08% BAC for adult drivers. This means that Read more…

Why Translate Recipes of International Cuisine?

Why Translate Recipes of International Cuisine? The role of translation is often overlooked in all walks of life. They do deserve more credit for ensuring clarity and relevance of ideas, concepts, and terms when translating Read more… 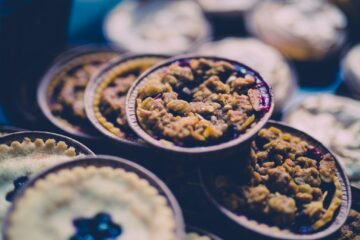 Top Rated Gluten-free Desserts To Cook In a College Dorm

Top Rated Gluten-free Desserts To Cook In a College Dorm Most college students end up consuming whatever food is available at the time. This is usually down to stress and the lack of time. However, Read more…