The 2020 Beirut Explosion: A Resounding and Devastating Tragedy

The early evening of August 4, 2020, in Beirut seemed like a typical conclusion to a hot day. The year has been drastic, with the Covid-19 pandemic at its height and the civil unrest erupting worldwide. But Lebanon will never forget the devastating blow to the already-crippled nation that would happen that night. 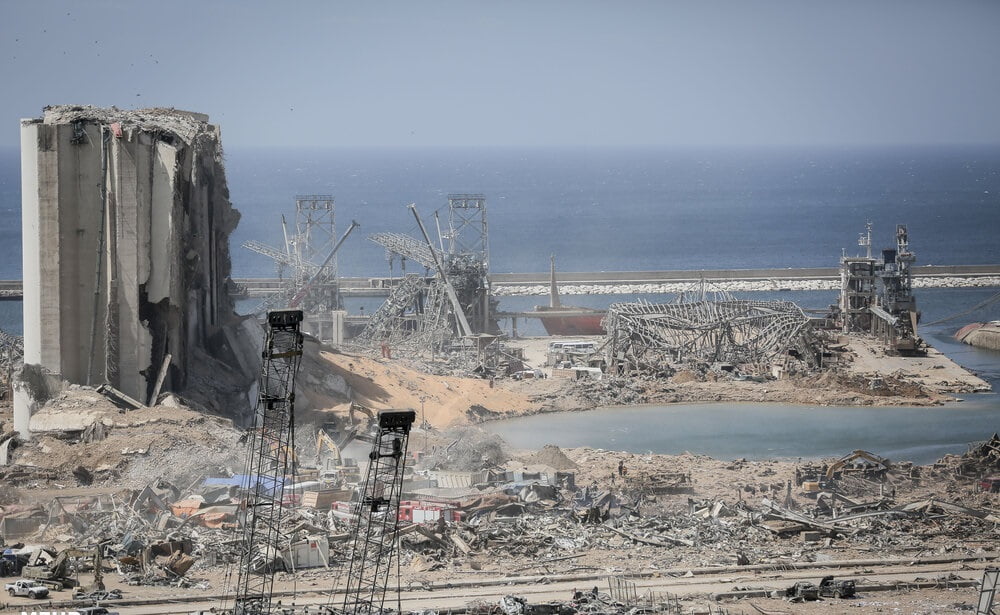 A fire at the Port of Beirut warehouse sparked over two tons of ammonium nitrate. This flammable chemical has been kept there for six years, all without safety precautions. The resulting explosion destroyed fifteen billion dollars of properties, injured over seven thousand residents, and killed 218 people. Over three hundred thousand people lost their homes to the explosion as well.

The Beirut Explosion triggered a Magnitude 3.3 quake across Lebanon. The blast was so thunderous that it was audible hundreds of kilometers away. People from Cyprus and Southeastern Europe perceived it too. Because of this, scientists say that it is one of the most destructive non-nuclear, non-natural blasts ever.

Aside from the destruction it brought, the Beirut Explosion launched protests throughout the country.

The information we now know

The poverty of Lebanon. The Lebanese economy has always been in poverty. But the nation was ever-worsening. The government fell under debts, the currency lost much of its value, and the poverty rate spiked by over 50%. Then, the Covid-19 pandemic came. The Lebanese healthcare system got overwhelmed, lacking the critical supplies, equipment, and finances to fight the outbreak.

The port’s value. The port at its capital is the gateway for cargo ships carrying vital goods and infrastructure resources. Aside from its economic impact, the Port of Beirut includes a naval base, warehouse buildings, and terminals. The port also contains silos with 120,000 tons of grain and cereals. This supply can help the nation in times of famine and food crises.

The cargo ship. In 2013, the MV Rhosus cargo ship sailed from Moldova. It carried 2750 tons of the chemical ammonium nitrate meant for delivery to Mozambique. There, it will become manufactured into mining explosives.

But for some reason, this ship filled with explosive substances got forced to dock in Beirut. Some say that the cargo ship’s engine was compromised, while others claim that the owners have shady deals with Hezbollah. It is also possible that the shipping owner could not afford the payments for the Suez Canal. Nonetheless, the cargo ship and its ammonium nitrate got stuck at the Port of Beirut.

In 2014, the port authority declared that MV Rhosus could not travel due to damages. As its owners fell to bankruptcy a year later, the remaining crew left. The Lebanese government took the ship after piling up over $100,000 worth of port charges. Then, as stated by the court order, they placed the tons of chemicals in Warehouse 12 at the port. MV Rhosus sank there in 2018.

Through the years, the port officials pleaded with the government to dispose of the hazardous chemicals there. They suggested that these be sold or given to the national army. However, there was no reply.

As the sun started to set, Warehouse 12 was on fire. It contained ammonium nitrate and a collection of fireworks. A platoon of firefighters and a paramedic rushed to quench the fire, but they knew that the blaze would quickly spin out of control. There was an explosion, perhaps caused by the fireworks. Luminous firework explosions broke through the thick smoke, and the initial blast compromised the warehouse.

Thirty-five seconds later, the infamous explosion took place. It triggered a red blast covered by white clouds caused by nitrogen dioxide and intense heat. After all, the tons of ammonium nitrate triggered an explosion similar to 1,155 tons of TNT.

The casualties included foreigners from over twenty countries, most of which are Bangladeshi. Injuries included naval peacekeepers in the United Nations Interim Force in Lebanon. The explosion permanently crippled 150 residents.

The members of the first-responder platoon all died on the spot. Fatalities include Nazar Najarian (the country’s Christian political party leader) and Jean-Marc Bonfils (a famous Lebanese architect).

What caused the Beirut Explosion?

Although the specific details of this tragedy are yet to be determined, one thing is for sure. The Beirut Explosion is the consequence of the government’s mismanagement, corruption, and inaction.

According to the Lebanese Broadcasting Corporation, the fire started because of welders working on the door of Warehouse 12. It sparked the bags of fireworks, which got confiscated and stored there as a dangerous product. Others theorize that ammunition is involved in the disaster.

What was the aftermath of the Beirut Explosion?

The blast was so intense that it flipped cars and bent the frames of nearby buildings. It left a 40-meter deep and 124-meter wide crater. Furthermore, homes and establishments as far as ten kilometers from the port also got destroyed, leaving hundreds of thousands of residents homeless.

The $15 billion worth of damages and losses include 90% of hotels and three hospitals in the capital city. Most windows and glass panels in Beirut got destroyed.

Saint George Hospital, one of the primary hospitals in Lebanon, was meters away from the blast that it mostly collapsed. Patients had to be brought out of the decimated hospital while four nurses died. Lebanon’s leading museum, the Sursock Museum, was destroyed as well.

The blast also ruined the headquarters of the International Basketball Federation Asia and numerous embassies.

The Beirut Explosion burned the grain reserves of Lebanon stored at the port, worsening the country’s poverty and food scarcity. The nation lost over fifteen tons of grain. Fortunately, the silos protected western Beirut from the explosion’s full power.

What were the immediate effects of the Beirut Explosion?

A day following the blast, the nation mourned as directed by the Lebanese prime minister. The government then placed Lebanon under a state of emergency for two weeks. It offered help to the victims who lost their homes and livelihoods, especially those wounded by the explosion.

Beirut’s governor broke down on national television, describing the event as a catastrophe. Civilians helped their fellow people by donating food, assisting non-government organizations, and clearing the roads from debris.

The Beirut Explosion also triggered political unrest. Many parliament members and an ambassador resigned in protest to the government. At least a hundred protestors gathered again near the parliament, demanding the resignation of officials.

During the following months, the investigation gave the Beirut Explosion more mystery. But the details it uncovered further incriminates the Lebanese government.

A week after the blast, the Lebanese administration created a committee led by the prime minister. They did not include any international probe or investigator. Their first step was to place the port authorities under house arrest. Then, they arrested the general manager and director-general of the port. These officials got interrogated by the army and the appointed judges.

Afterward, the Lebanese prosecution requested Interpol to arrest the owner of MV Rhosus. The prime minister got sued for his negligence, including his past finance minister and public works ministers.

In April 2021, the government released six detainees allegedly responsible for the lead-up to the explosion. Five months later, the Organized Crime and Corruption Reporting Project linked the potential sources of ammonium nitrate. They pointed at Savaro Limited, a Syrian explosives company, and a Ukrainian chemical company. Intriguingly, OCCRP’s report states that only 20% of the total nitrate stored remained in the warehouse at the time of the blast. The question is, where were the rest of the chemicals?

The highly political nature of the blast and the investigations sparked violence in Beirut. On October 14, 2021, Shia Amal and Hezbollah protested in front of the Justice Palace. They accuse the judges of being politically biased. But this protest became violent when they exchanged fire with other parties. Six people were killed, while thirty were injured.

Since the aftermath of the Beirut Explosion, Lebanon’s international relations with Israel soured. Some Israeli politicians celebrated this tragedy, describing it as God’s gift and a firework spectacle. Conspiracy theories also abound about Israel’s alleged involvement, but Lebanese and Hezbollah politicians denied it.

Member-states of the United Nations expressed their sympathy with Lebanon and provided aid. Israel and Lebanon do not have diplomatic relations, so they rejected Israel’s assistance and offers.

The International Charter on Space and Major Disasters mobilized satellites to assist the humanitarian efforts in Beirut. Nations showed their condolences and support to Lebanon through their monuments. For example, the Eiffel Tower did not light up at midnight. The Tel Aviv City Hall showed the colors of the Lebanese flag, while the Arab League flew it at half-mast.

Most importantly, the blast made nations careful about the storage of explosive chemicals. In Egypt and India, they removed stored tons of ammonium nitrate to reduce the risk of accidents.