Many young people grow up idolizing celebrities, especially those who enjoy popularity and fame through entertainment outlets such as film, television, and music. As a result, many of them look up to these famous figures and tend to model their behavior after the celebrities they admire. 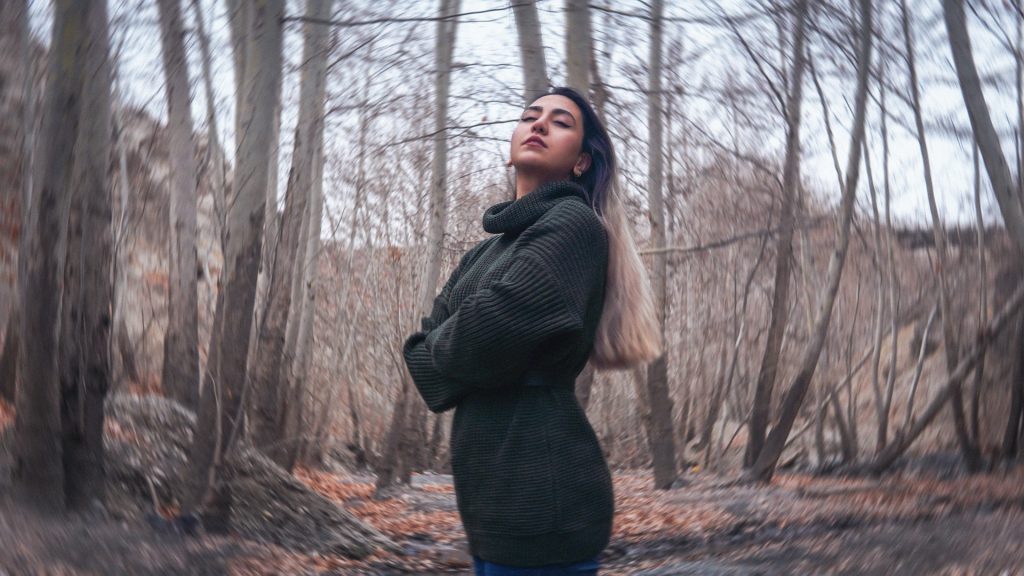 While we might like to think of them as people just like us, celebrities are in a different position. We don’t see them buying groceries or battling traffic on their way to work; they get their food delivered, they have people waiting on them and they only go places that we see on TV or in magazines.

Thus, celebrities aren’t like us at all. They certainly don’t represent us.

In general, most celebrities are paid to be celebrities. They make a lot of money doing things that many people wish they could do. However, it’s important to remember that celebrities spend more than you can ever afford. For example, even if you wanted to spend millions on multiple homes and luxury cars, your salary doesn’t allow for such frivolity—and that’s why it’s bad to look up to celebrities as role models.

When you look at a celebrity’s Instagram account, it’s easy to envy what they have. But, truthfully, their accounts are set up for success and almost everything looks good on social media. It’s much harder to see what happens behind closed doors or how fake and staged things can become because of Instagram filters. You’ll also never know if they’re as happy with their lives as they seem online.

When celebrities are getting into business, they are simply being sponsored. They aren’t starting their own companies and brands; they’re being paid to endorse someone else’s. In other words, while they may be famous and extremely wealthy, they aren’t entrepreneurs.

5.   They Have Teams Who Craft Their Image

It’s easy to fall for a celebrity’s carefully crafted image of perfection—but it’s important to remember that their accounts on social media aren’t entirely genuine. It takes a team of people, from personal publicists and agents to media strategists and press officers, to put together their online personas.  That’s not to say celebrities aren’t truly authentic—because they can be. But they don’t live an unvarnished life.

6.   They Have Publicists Who Pick What They Wear, Eat, Etc.

Because celebrities have publicists, they’re not as likely to be authentic. The decisions about what a celebrity does and says are not their own but are made by their agent or manager.  As a result, celebrities don’t typically make choices that are in line with their values. When we see our favorite celebrities drinking alcohol and smoking cigarettes, it can influence us to also do these things, since we assume if they do them, then it must be okay for everyone.

7. They Don’t Own Their Mistakes

Most celebrities do whatever they can to avoid owning up to their mistakes because doing so might reflect poorly on them. Instead, they’ll apologize for a slip-up and hope people move on. It’s a shame because if more celebrities owned up to their mistakes and made it clear that they’re actively learning from them, it would be easier for others to do so as well.

8. We Only Hear About Their Successes and Not Failures

No one wants to hear about celebrities’ failures. Even though their failures often lead to great life lessons, we only ever hear about their successes. If you idolize a celebrity who has never failed at anything, you might be setting yourself up for failure.

You need to learn that no one can do everything they put their mind to and everyone fails sometimes! So try not to idolize celebrities who seem like perfect role models because no one is perfect.

9. No One Knows If They Care About Their Fans

While fans might get that celebrities love their fans and would never do anything to purposely hurt them, they also are aware of many times when celebrities have made poor choices. The most important thing to keep in mind is that celebrities are human beings with flaws like everyone else.

This means they are susceptible to making mistakes or even bad decisions. Fans will understand if you slip up once in a while, but no one person can be a role model all of the time.

10. Everything They Do Is Photoshopped or Enhanced

Celebrities have a group of people who will tell them what to do when to do it, how to act, and everything else in between. They rarely make their own decisions, which means they rarely learn from their mistakes. Their lives aren’t reality; if you want to be successful you need to realize that it’s not going big or going home but rather failing fast than succeeding big.

Keeping Up with Celebrities Has Its Consequences

While many celebrity role models encourage positive behavior and set high standards for those who look up to them, there are also several ways in which our beloved stars can negatively impact us. Whether it’s undermining confidence or inducing weight gain, following famous people may not be as healthy as we believe.

While many celebrities can have a positive impact on society, others are more likely to cause problems in their fans’ lives. Keeping up with celebrities is not always a good thing as it could negatively affect your health and self-esteem.  We want you to be aware of these negative effects so that you can make better decisions when idolizing someone.

A lot of people worship celebrities, but you need to realize that a lot of them do not have your best interests at heart. They are out for their gain, so it is more important than ever to not follow their example. Educate yourself and decide who you want to be like, instead of someone who only gets popular because they can sing or act.

You are your person with your own goals and aspirations in life. If you try to model yourself after celebrities, you may find that fame isn’t worth all it costs. Be smart about what role models you choose.  It is important to look up to good people because they will guide you towards becoming successful. Never let anyone tell you how amazing it is to be something that isn’t great at all.