Why Plants Bend Towards Light

Why do plants bend?

Plants bend towards light due to a process called phototropism. Phototropism is the growth response of a plant to light. Specifically, it is the ability of a plant to grow in the direction of the light source.

The hormone responsible for phototropism is called auxin. Auxin is produced in the tips of shoots (the growing points) and the roots of the plant. When light hits the shoot or root, it causes the auxin on that side of the plant to degrade.

What are the causes?

This process allows plants to optimize the amount of light they receive, which is necessary for photosynthesis, the process by which plants use light energy to convert carbon dioxide and water into glucose and oxygen. It also allows the plant to optimize its growth and survival in environments where light availability can be limited, for example, in the understory of a forest.

It is important to note that, some plants also have the ability to detect other environmental cues, such as gravity and touch, which also can affect their growth direction, this process called gravitropism and thigmotropism respectively.

Additionally, the process of phototropism is a balance between the production and distribution of auxin in the plant. The hormone auxin is known to accumulate on the shaded side of the stem, which results in the elongation of cells and the bending of the stem towards the light source. This process is called “negative phototropism” because the plant is bending away from the dark and towards the light.

What is it called when a plant leans towards light?

During negative phototropism, the plant hormone auxin accumulates on the shaded side of the stem, which results in the elongation of cells on that side. This causes the stem to bend towards the light in order to optimize the amount of light received for photosynthesis, which is crucial for the plant’s survival and growth.

It’s important to notice that, the terms “positive” and “negative” are used to describe the direction of growth relative to the light source, not whether it’s a positive or negative effect on the plant. Additionally, plants also respond to other environmental cues like gravity or touch, which can affect the direction of growth.

Why do plant roots bend away from light?

Plant roots also exhibit a process called phototropism, but in this case it results in the bending of roots away from light. This is known as “positive phototropism” because the plant is growing towards darkness instead of light.

Like in shoots, the hormone auxin is involved in root phototropism. In roots, auxin is produced at the tips and is transported towards the base of the root. When light hits the root, it causes the auxin on the side of the root exposed to light to degrade. This causes the cells on that side to elongate less than the cells on the shaded side, which results in the bending of the root away from the light source.

The reason for this behavior is that, in natural environments, the root will grow underground where there is no light. This response allows the roots to grow deeper and reach water and nutrients underground. Additionally, this behavior also prevents the root from becoming desiccated and damaged by light exposure.

It’s also worth noting that root phototropism is not solely caused by light, but also by chemical signals such as gravity, water potential, and the presence of specific molecules in the soil. This is why roots also exhibit a process called “gravitropism”, which causes them to grow in the direction of gravity. Root growth toward water is called “hydrotropism”.

In summary, phototropism is the growth response of a plant to light. It is the result of the hormone auxin moving towards the dark side of the plant, which causes the elongation of cells on the shaded side. The plant bends towards the light to optimize its growth and survival. Photoreceptors, such as phototropins, also play a role in this process by sensing the presence of light and signaling the rest of the plant to respond to changes in light intensity and direction. 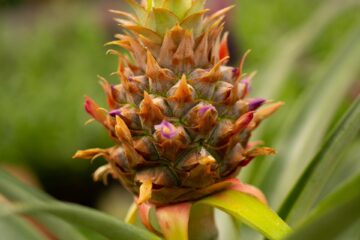 How to Grow a Pineapple Plant

Pineapples are a tropical fruit that are native to South America and have been cultivated by indigenous people for thousands of years. They are a member of the bromeliad family and are known for their Read more… 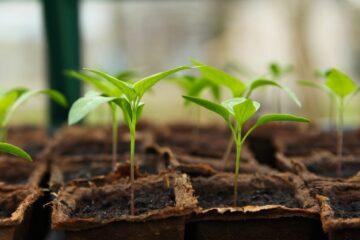 How to Grow Healthy, Strong Seedlings and Plants

Growing healthy, strong seedlings is an important step in achieving a successful garden or farm. Here are a few tips to help you grow seedlings that are well-suited to transplanting and ready to thrive in Read more… 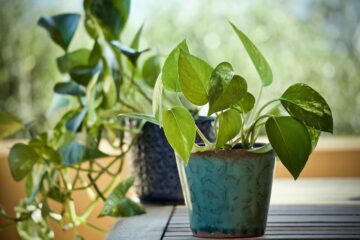 What’s the pothos plant? Pothos, also known as devil’s ivy, is a popular houseplant due to its ability to tolerate a wide range of conditions and its ability to purify the air. The Pothos plant, Read more…