Who invented the electric bulb?

Who invented the electric bulb?

Every day, we enjoy the innovations brought by pioneers and inventors. One of the revolutionary items we now take for granted is the electric bulb. Since its creation in the 20th century, bulbs have lit up billions of homes worldwide. Who invented the electric bulb, and how did this gadget evolve? 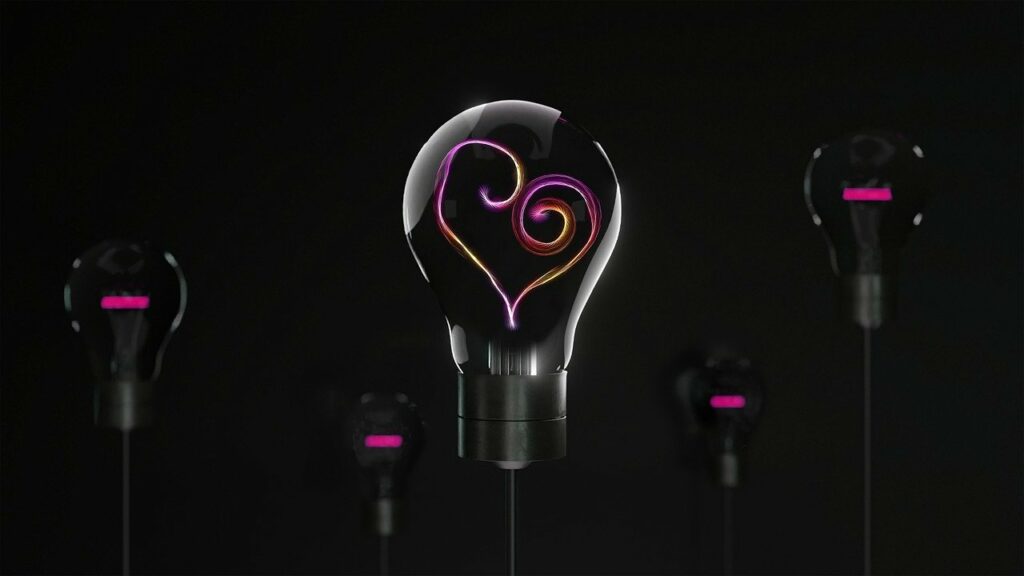 The pioneers of electric light technology

Many people hail Thomas Edison as its creator, but earlier scientists and innovators paved the way for the electric bulb. In Italy, Alessandro Volta devised the voltaic pile. This loop of copper and zinc he released in 1879 conducts electric currents. At the same time, the wires glow, showing the chance of using it as a source of light. This device had so much potential to replace candles and lamps through the rising electrical science. Scientists rushed to experiment with his voltaic pile. Soon, Humphrey Davey, a chemist in the London Royal Society, crafted the first electric lamp with charcoal and Volta’s machine. This 1802 electric arc lamp used carbon electrodes to generate light.

Humphrey Davey’s electric arc lamp was better than the voltaic piles as a light source. However, it was impractical because it died out sooner and produced much light. The electric arc lamp worked for mines and city street lights but not at homes and offices. Nonetheless, his techniques served as a foundation for more innovation and experimentation.

Decades later, in 1840, Warren de la Rue designed a lamp with platinum instead of copper. This coil technology was more appealing for general consumption, but platinum is too expensive for manufacturing costs. Likewise, William Staite improved the arc lamp through a mechanism that saves the carbon lamp’s energy. But the battery that powers this lamp is also expensive.

Canadian inventors also attempted to create electrical lamps. In 1874, Henry Woodward and Matthew Evans incorporated nitrogen into their carbon rods in a vacuum. However, they failed to sell it to manufacturers. (Thomas Edison would later purchase their patent in 1879.)

Two glassblowers from Germany created the Geissler tube, a vacuum tube that can generate light through an electrical current. This innovation made scientists realize that they should remove air from their electric lamps. Some tried to insert inert gas into their bulbs to keep the charge from quickly burning out. 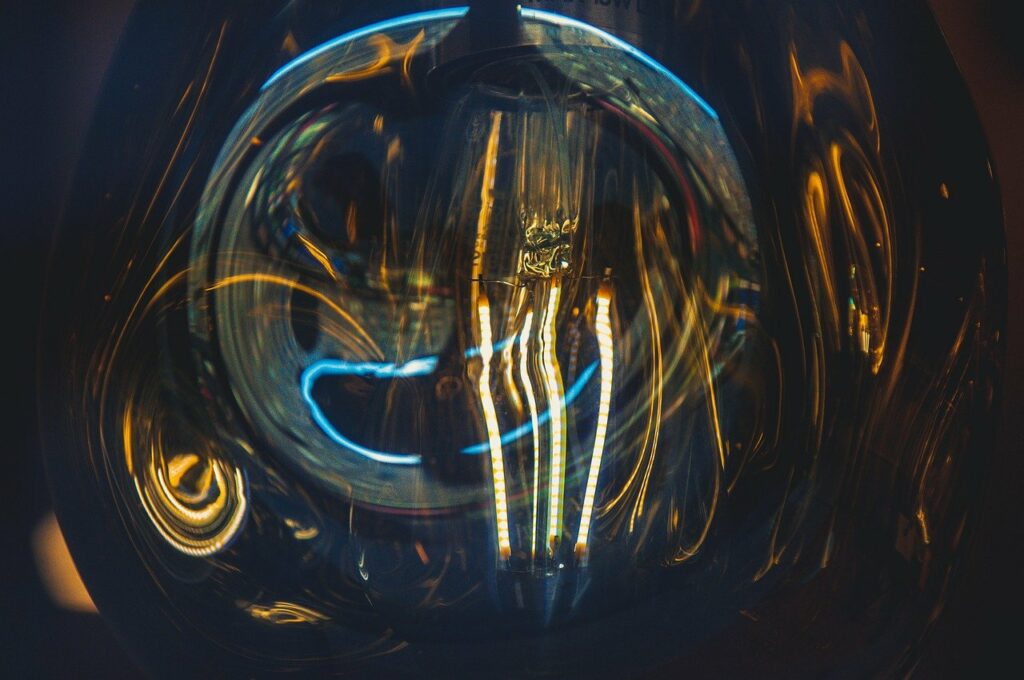 The competition between Joseph Swan and Thomas Edison

Joseph Swan realized that a carbonized paper filament could substitute platinum. Moreover, he applied a vacuum to keep the rods from oxygen exposure. It made the lamp last longer. He patented this in 1878 and presented it a year later. The prototype gained traction, but it was still inapplicable for general manufacturing.

Thomas Edison saw this problem, so he applied a thinner filament for the light bulb. Because of its resistance, this component required little current but created so much light. Joseph Swan used this innovation to his lightbulbs and started his lighting company in Britain.

At first, an intense legal patent battle ensued between Thomas Edison and Joseph Swan. However, they realized that they could do so much more as partners. So they collaborated and united their lightbulb manufacturing company. The Edison-Swan United became the largest of its kind.

Thomas Edison pushed his engineers and researchers to create the filament that would work for manufacturing. His Menlo Park laboratory in New Jersey would experiment with over 3,000 designs within two years. When he applied for a patent, he tried using cotton, bamboo, and cotton. Then, he used over 6,000 plant types to experiment with the filament for his new bulb.

Thomas Edison and his team used bamboo that could generate light for over 1,200 hours. It would later get switched with more durable materials in the 1900s.

Thomas Edison’s lightbulb became successful in America and Europe. In 1880, he established the Edison Electric Illuminating Company of New York. Investors and bankers also contributed to his business.

To make his light technology appealing and practical for the masses, he created electrical generators that could power the grid system and his bulbs. Thomas Edison imitated how gas light got distributed during his time. Through wires and conduits, electricity could get transported to homes from a central generating station. After his first facility opened in Lower Manhattan, his company circulated energy to connected houses. Thomas Edison also invented the electric meter.

Because of his rise, other inventors and companies merged with Edison’s business. Their group formed General Electric.

Further improvements in the electric bulb

Lewis Howard Latimer, a Menlo Park researcher, discovered new carbon materials that can serve as a more durable filament component. Then, in 1903, a scientist named Willis Whitney discovered how to keep the bulb vacuum from burning and getting dark. They also invented vacuum pumps that can completely take away the air inside the bulbs. Most importantly, the “Edison screw” that connected the bulbs into their sockets skyrocketed the manufacturing and standardization of bulbs.

In 1904, European scientists learned that tungsten is the most durable metal for the lightbulb filament. Then, Irving Langmuir demonstrated that adding nitrogen inside the bulb helped it last twice as long. Scientists continued to develop this light source, making it more energy-efficient and cheaper.

During the 1930s, American scientists experimented using neon lights with chemicals that convert UV rays into white light. These materials called phosphors triggered the research for fluorescent lamps. These bulbs can last three times as long as incandescent ones. Because of this, this technology got adapted by the United States Navy and military factories during the Second World War. By the 1950s, most homes and offices used linear fluorescent lamps than other bulb types.

During the 1973 oil crisis, the United States lacked energy, so engineers looked for ways to make fluorescent bulbs even cheaper and more accessible. In 1976, General Electric released a spiral fluorescent tube. Unfortunately, this design was too expensive, so they abandoned its manufacturing early. But manufacturers continued to improve their engineering. During the 1990s, this bulb required 75% less energy than incandescent bulbs and remained functional for ten times longer.

The latest developments in lighting technologies brought the light-emitting diode. These tiny bulbs (typically as small as one millimetre) have semiconductors that release light from electricity. Because of their small size, LEDs are inexpensive. They last longer and require less energy.

LED technology got invented by Nick Holonyak Jr from General Electric in 1962. He started with the red diode; the yellow and green ones soon followed. Its creation was accidental since Nick Holonyak Jr was working on a laser. But the technology he released got used in traffic lights and digital displays.

During our decade, the Internet-of-things technology allows for further possibilities regarding lightbulbs. Philips now attempts to create lighting that can get controlled remotely through wireless connections and apps.

How the electric bulb changed the world

Since the electric lightbulb first got crafted a century and a half ago, this technology transformed how we spend energy, engineer buildings, and live every day. Without lamps and candles, people can work efficiently at the flip of a switch. It also lessened the risk of fires.

The lightbulb also pushed the electronic revolution that started in the late 1800s. Transmission lines, generators, and motors got built, providing billions of people with energy.

As this article narrates, there is no single inventor of the electric bulb. Yes, Thomas Edison made it mainstream and accessible for people. But inventors and innovators only improved the technology they had through the decades. For example, the first incandescent lamp design got patented in the United States by William Sawyer and Albon Man. Joseph Swan was the first man to successfully patent the electric bulb in England (as mentioned earlier).

Time-tested ways of caring for your lightbulbs

As you can notice from the history of the electric bulb, longevity and brightness have always been the core issues in this technology. How can you make your lightbulbs last longer? Here are the ways you can care for your light bulbs:

Difference Between Diffusion and Osmosis

Diffusion is the movement of molecules or particles from an area of high concentration to an area of low concentration. This process occurs naturally and is driven by the kinetic energy of the molecules. Osmosis, Read more…