Are you looking for the best ice skating movies in the cinema halls for the past few years?

Well, you have come to the right place. We are skating enthusiasts who believe in helping others discover the great pleasure and fulfillment that comes along with skating. 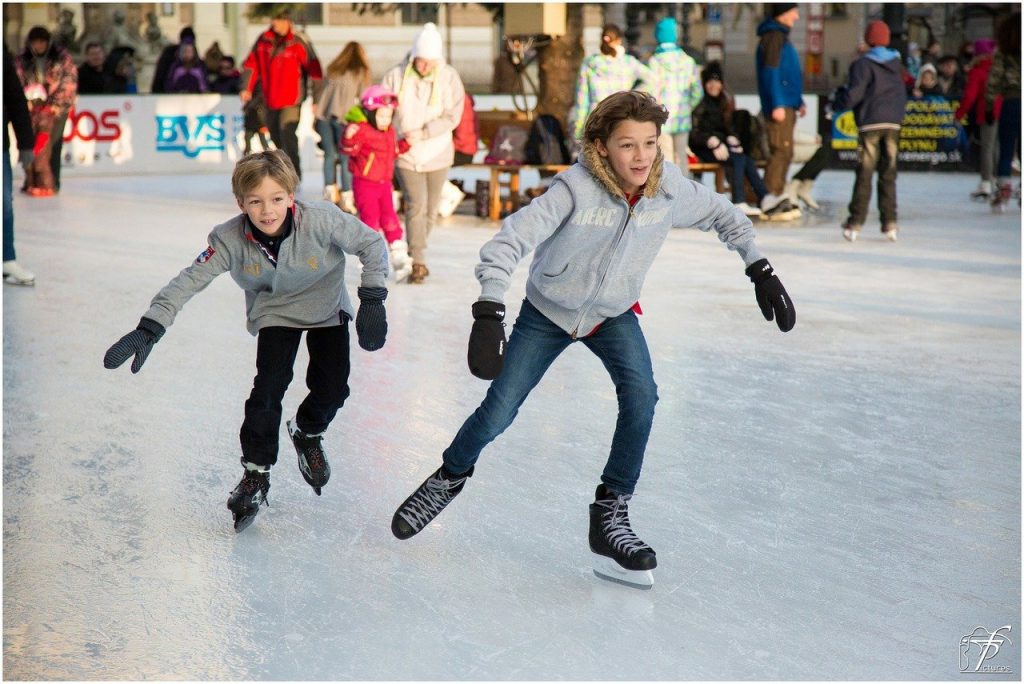 Ice skating is considered an extreme sport considering one balances on a large razor that enables one to move on a slippery floor. An unexpected shift to the right or left could lead to serious injuries leave alone missing a score.  Ice skating is a sport that has been featured in drama movies over the past years considering it’s a performance sport.

In ice skating, players run into each other from time to time and aim at putting a small black disc into the opposing goal post. Ice skating is quite tough, as shown in the following best-selling movies of all time.

If you are looking for an incredible ice skating movie that narrates the life story of Tonya Harding- I, Tonya is the right movie for you. In the movie, Tonya Harding rises her way to the top becoming one of the best Skaters in the US and the first to win a Triple Axel. There are stories and challenges behind every successful story. For Tonya Harding, she struggles her way to the top despite not being able to fit the normal female ice skater mold. In addition to this, Tonya faced rivalry from Nancy Kerrigan who would stop at nothing to see her loose.

This drama offers viewers a thrilling experience by offering a glimpse into her life and a vivid description of how she came to be. The movie remains entertaining throughout with the comic elements and great creativity of Allison Janney and Robbie Margot who were nominated for the Oscars in 2018.

If you are a skating enthusiast, the film will keep your eyes glued to your screen for hours as it features a triple axel and some outstanding skating moves.  Triple Axel is hard to execute in real life and many skaters fail miserably. Luckily, one can enjoy the scene through digital effects in I, Tonya.

Most ice skating movies are dramatic but if you are looking for a true comedy on ice skating, settle for Blades of Glory.  The comic film is based on competition where an unlikely pair joins hands to compete at an elite level.  The two skaters are short-tempered and were burned from the Olympics single contests after engaging in a fight.  Both skaters are enthusiastic about skating and in search of a loophole to outdo the prohibition, they compete in doubles.

The film was aired in 2007 featuring hysterical actors like Arnett Will, Amy Phoeler, Jon Heder, and Will Ferrel.  The comedy is based on ice skating events and appearances that every ice skater will relate to. The film also features various appearances from popular ice skaters such as Sasha Cohen.

Blades of Glory is a film great choice for both individuals looking for a good laugh and any ice skating fan.

The cutting edge is a light-hearted film about ice skating that will leave you wanting more.  The film is about a hockey player who suffers an injury and can no longer participate in professional hockey competitions. The athlete is passionate about winning a title in the Olympics and the only way to achieve this is to compete in ice skating.

The main character comes across as a spoiled skater with a similar goal and the two settle their differences to make their Olympic dream come true.  The film has been among the top-rated ice skating film due to its fun plot and outstanding skating scenes. The film was successful to the extent it led to three upshots. The most recent upshot come out in the year 2008. All three sequels are outstanding and a must-watch for ice skating enthusiasts.

If you and your ice skating buddies are planning a movie night over the weekend, make an effort, grab The Cutting Edge rom-com for a wonderful night. 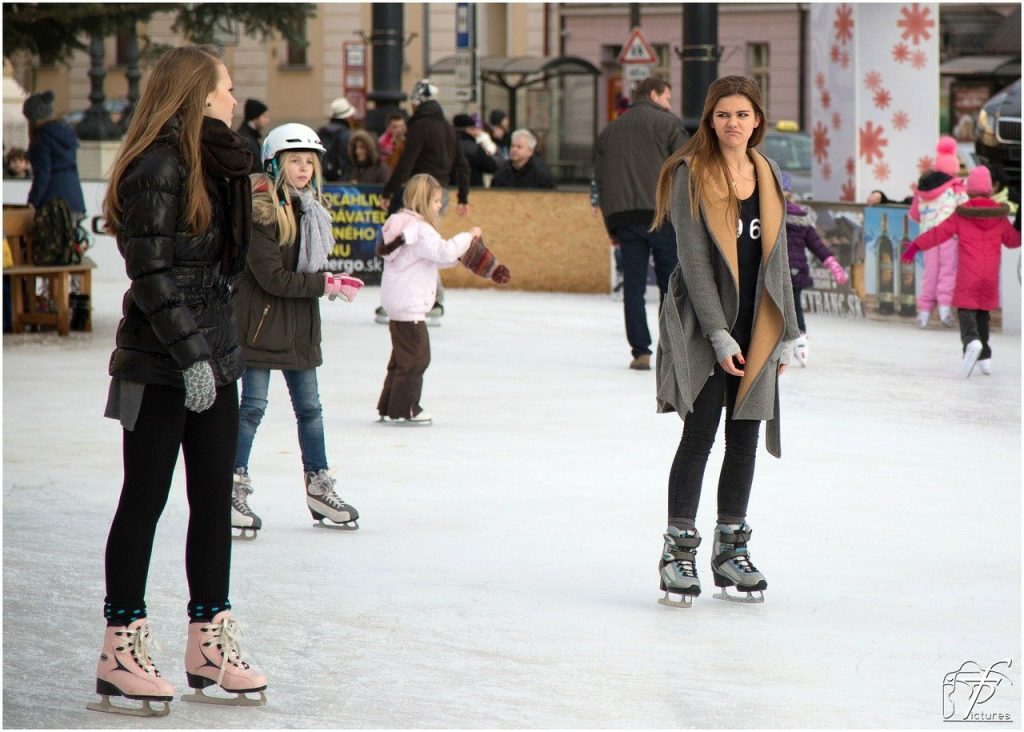 If you are a family man and looking for a perfect ice skating movie to watch over the weekend, look no further. The 2005 Ice Princess from Disney film is perfect.  The film is about a nerdy high school teenager who is focused on going to Harvard despite the obstacles. In the course of her school work, a science project leads her to figure skating where she discovers her true passion.  Unfortunately, her guardian is not excited about the new focus and so the “ice princess” is on her own in her new focus.

The film is considered a classic Disney film due to its inspirational scenes and charming characters that will leave you motivated.  This is a family movie that will keep everyone excited and more so if you are a skating enthusiast.  The film features a strong cast including Hayden Penettiere, Joan Cusack, and Michelle Trachtenberg.

Ice princess is a sweet family movie anyone can enjoy and has been appreciated by those who love ice skating.

The next ice-skating movie you should consider watching is Ice Castle.  This is a classic film that has remained relevant over the years due to appearances.  The 1978 romantic drama is about a small-town girl who is passionate about ice skating. The girl becomes a world-class athlete. Her dream of being the best comes to a standstill after she becomes blind after a skating accident.

The movie takes a twist as everyone is left wondering whether she will accomplish her goals or not. Luckily, with the help of a few friends and a great coach, she gradually learns how to skate again.

The movie is inspiring and a source of hope to individuals on the verge of giving up. This is also a unique movie since the lead actress Holly-Lynn is an actual skater. If you are feeling a bit off and require something to uplift your spirit, Ice Castles is a great option.

The classic ice-skating movie was re-made in the year 2010 by the same director. The excellent skating and inspiring story remain original and relevant to every ice skater. This movie is a great pick if you intend to watch it with your family.

The two become friends and eventually fall in love along the way.  The romantic plot takes a twist when Jimmy McNicol dies in a plane crash. However, Leduc preserves their memories and resumes skating again in singles competition. If you are a great fan of romantic drama films that will leave you wanting more- Champions: A Love Story is a must-watch!

The cutting edge 1991 gained great popularity and funs leading to a sequel in the year 2005. The movie starts with Christy Carlson Romano, the daughter of the original movie pair showing interest in ice skating. The single skater is injured and unable to perform the triple jumps required in singles competitions.  Luckily, she is eligible for pair skating.

To find a good partner, Christy interviews many aspirants and an in-line stunt skater qualifies due to his determination and charming character. At first, the two do not get along well but as time passes by, they become a great team and fall in love. 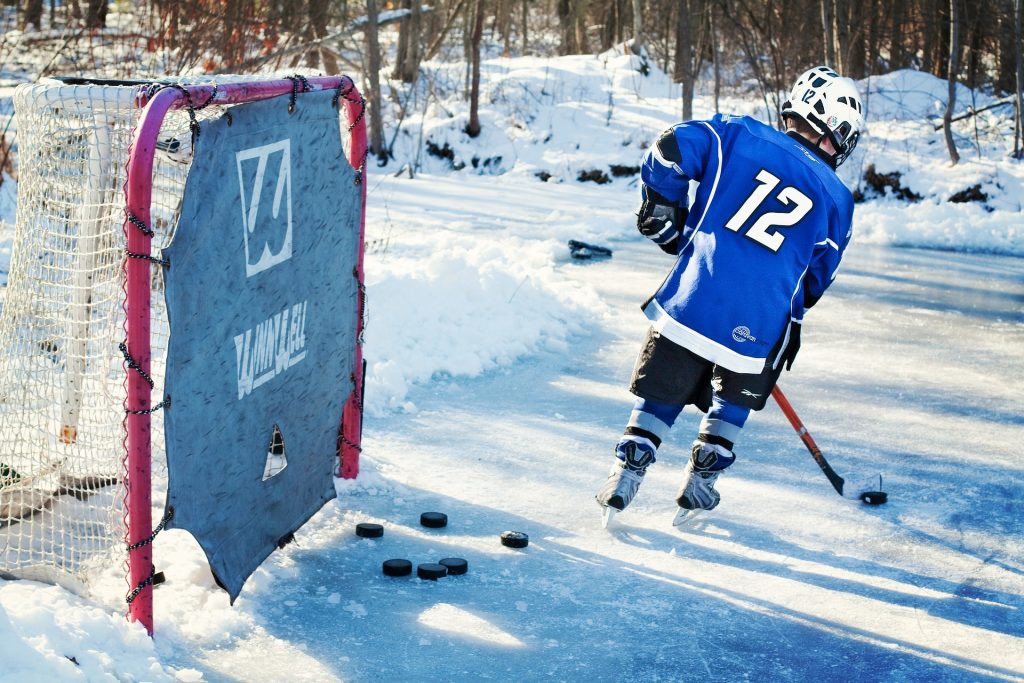 “Go Figure” is another outstanding Disney movie that features a talented teenage figure skater. The teenager dreams of being a world champion and her determination lead her to a famous Russian skating coach. The young star does not have the required amount to hire a Russian coach who is from a private boarding school. Luckily, she lands on an opportunity to get a scholarship.  She gladly accepts the scholarship and gets a chance to play hockey. During her training, she gets to learn about team building and make a couple of friends.

This movie combines features of ice skating and hockey. It’s an inspiring drama everyone will love.

Another ice skating movie that will leave you fulfilled is “Ice Dreams”. This Hallmark Channel Original Television movie was released in January 2010. The movie is about a former Olympic champion skater and an Olympic contender who take turns to coach talented teenage girls.  The two start out as rivals but later become partners to help the aspiring girls attain greatness.  This is a comic film that will keep you entertained for hours.

All the mentioned movies in our list are among the best for ice skaters. The movies will leave you inspired and wanting more with every watch.

“People of Walmart” is a popular internet meme that features photographs of individuals shopping at the retail chain Walmart, who are often perceived as being dressed in unconventional or humorous ways. The phenomenon began in Read more…

Country Line Dance Bucket List 35 Best Songs and Dances Country line dancing is a type of dance that is performed in country music. It involves a group of people dancing in a line or Read more… 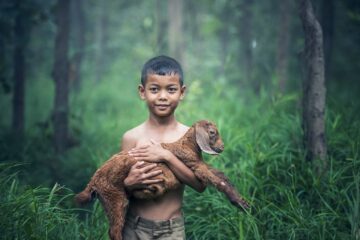 Science Activities for Toddlers to Try

There are many benefits to our brain when we do science activities. It’s even more for small ones such as toddlers and children. We will discuss all the benefits and what you can do with Read more…