Similar to most sports, there are different trophies to be won in ICC (International Cricket Council).

The ICC manages to put together different International cricket teams who have come to play and make their nations proud. Although, the International Cricket Council is known for two major events that they would always host.

These major events that they host are test matches, T20 matches, and in addition, we have the One day International.

Don’t think for a second that these are the only competitions organized by this body, they host some other competitions too. The ICC is known in the cricket world today because of the competitions which they now host for several countries.

What mainly happens in these events is that all the teams play against each other, and in the end, the winner is given a trophy presented to them by the International Cricket Council.

Before we move right into the article, here is a rundown of the trophies hosted by ICC.

This particular tournament t hosted by the ICC is an event that occurs every two years.

It is a tournament that is held for only one day, an international 24 hours tournament.

It seems impossible but the ICC championship trophy has been a successful tournament ever since it began in 1998.

Every year, 13 teams come together to play this tournament, and eventually, a winner submerged and takes the trophy home.

Pakistan had the honors of taking home the last trophy for the event in 2017.

A total of seven nations have been able to in this trophy and take it back home, among them is India and Australia, these are the two nations with more championship trophies.

This is a big one, one of the biggest tournaments hosted by the International Cricket Council.

This tournament is known as the world cup tournament and the ICC hosts these international games of the ODI cricket tournament every four years. This is very similar to what is done in soccer.

Although this tournament is known with its official name as ICC men’s Cricket World Cup.

The last time this tournament was held, England came in and they won the trophy, they had just done it for the first time in the history of the ICC World Cup.

Every four years when this tournament is held, there are a total of 20 teams who participate in the tournament every time it is held.

Since the history of the tournament, Australia has been the team to carry the trophy home most.

This is also very similar to the ICC cricket world cup, they have similar names, and they both occur every four years.

This tournament is known as the ICC tournament World Cup where a total of 16 members come together to play the tournament over a period.

So far so good, West indies have been the most winners in this particular tournament, they are the most successful team when you compare them to others in this tournament.

And surprisingly, the last time this event was hosted, West indies managed to make sure that they go home with the trophy and making sure no one is coming to take their glory here away from them.

This is a recent tournament that is also hosted by the International Cricket Council.

They had just started hosting the tournament known as the ICC T20 world test championship.

It hasn’t been played that much but the last tournament was held some months ago, March 2021 in India.

The tournament has a total of 9 teams coming together to fight for the trophy.

The last tournament was won by New Zealand, they were able to survive through eight opponents and take the trophy home.

The women’s world cup, the surprising thing here is that this is the oldest tournament that has been held by the ICC.

The tournament has more than 50 overs, it is an ODI with all of this.

The tournament is aged back to 1973. The England team are the current winners of the ICC women’s world cup.

The most successful of all the team is Australia.

So Far So Good, How Many Trophies Does The ICC Have?

As far as this article goes, we have just five International Cricket Council trophies which have been held so far.

Although even these ICC has their major tournaments which they host, there are some that are more prestigious like the others.

As far as the world cup goes, it occurs every four years and it has a number of players who are able to play in this tournament.

Does New Zealand Have Any Of The ICC Trophies?

Yes, they have been able to get one of the ICC trophies for themselves, they were able to make it to the final in the year 2000 and won the trophy, they played against India. This game was held in Kenya.

Although they have tried so hard to win other trophies or win every other year, they haven’t been able to. They have even managed to beat India a couple more times after the finals.

You all know that this tournament is also called the ICC men’s cricket world cup, this would be the 13th edition of this tournament and it is slated to be hosted by India.

The game is mostly held during the last months of the year, in the month of November and December.

It has never been hosted by India before, this is the first of its kind.

The article has been able to pour out some useful information about the ICC trophy list. 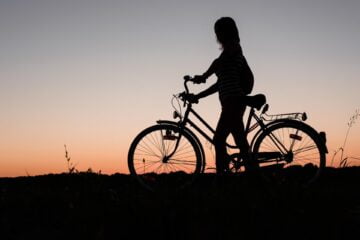