Some people have contributed so much to their communities but get overshadowed over the years. Do you recall the name John Hemphill, especially if you’re Canadian or American? There are two famous John Hemphills—one was a TV guy while the other was a 19th-century politician. In this article, you will meet both of them.

John Hemphill is a comedic actor who performed at The Second City, a famous Canadian comic show. Aside from appearing there, he also became a writer there. The Second City started in 1959 as a comedy franchise with several spin-offs and troupes.

Although John Hemphill was just six years old when The Second City began, he would eventually have a showbiz breakthrough because of the show. In 1980, he joined a theater show under the franchise. John Hemphill played additional roles at the SCTV show, a highly rated spin-off of The Second City.

Later in his career, he would become a director as well. In 2003, he led the Women Fully Clothed, a live comedy show from The Second City.

Since John Hemphill is not that famous, he was able to keep his family life private. Little gets known about his educational background, pastimes, and childhood. But since he is a respected media personality in Toronto, his achievements in the field get recognized.

In 1995, John Hemphill got nominated for the Gemini Award as a supporting actor in a comedy show. Over two decades later, he almost received the Canadian Screen Award for his comedic acting at Schitt’s Creek.

John Hemphill appeared in numerous shows and movies throughout his career. Although he did not become a lead actor in most of them, his acting skills contributed to their humor.

Schitt’s Creek is a comedy show released that started in 2015 until 2020. It portrays a wealthy family who went bankrupt when their business collapsed. They had to relocate to a rural town named Schitt’s Creek. This show got produced by the Canadian Broadcasting Corporation. The average length of each episode is 22 minutes. In this series, John Hemphill played Bob Currie.

In Little Mosque on the Prairie, John Hemphill’s role was George Wispinski. This series revolves around a local Muslim town in Saskatchewan, Canada. Moreover, the community portrays the different shades of Islam adherents funnily. For example, it includes an ex-Christian, a feminist, an extremist, and a liberal. Aside from the life in the Muslim town, Little Mosque on the Prairie shows how outsiders treat them because of their religion and culture. This sitcom ran from 2007 to 2012.

Daddy’s Home is a 2015 movie about a stepfather trying to earn his children’s respect and love. Unfortunately, their biological dad returned, making it difficult for the stepfather to have the kids love them. This movie shows their struggles and how they became happier later on. In this movie, John Hemphill had a supporting role.

In The Man, a 2005 comedy/action film, John Hemphill was a character named Ted.

The Man is about an agent who wants to catch the criminals who killed his colleague. But an unsuspecting dentist on the way to a conference got involved in the investigation. The criminals even thought that he was the mastermind behind their operations.

In Relic Hunter, John Hemphill’s role is Richard Ferguson. In this series that lasted from 1999 to 2002, a professor aimed to discover and restore artifacts. With a secretary and assistant, the professor fought with her rivals wanting to profit from the artifacts.

Power Play is another comedy series where John Hemphill starred in a support role. This 1998 series shows the life of an intelligent agent who wanted to save a stumbling NFL team. John Hemphill was Dr. Eugene Tockette in this show.

Eerie Indiana is an animated series about a haunted town with strange entities. John Hemphill voiced Freddie Froster in this show. Meanwhile, he also appeared in the Due South series about a formal Canadian policeman who worked with Americans in Chicago. John Hemphill’s role was a cleaner.

John Hemphill produced the Bizzare television series, which ran from 1979 to 1986. In this comedy show, a comedic group delivered edgy and blunt jokes about social issues and norms.

John Hemphill is one of the most pivotal politicians in the history of Texas. Before the annexation, the Republic of Texas had a functioning state and legal system. John Hemphill served as its Supreme Court Chief Justice from 1841 until the nation became a state in 1846. In the next twelve years, he stood in the same position in the state’s judiciary. Then, in 1858, he became a senator representing Texas.

But his legacy got smeared by the darkest period in American history: the US Civil War. As a Democratic Party senator from the South, John Hemphill signed the Confederate States Constitution.

John Hemphill’s lineage can get traced to Northern Ireland and Scotland. His father, who had the same name, served as a Presbyterian reverend and minister. Meanwhile, John’s Hemphill’s mother is named Jane. His parents met and got wed in Pennsylvania, but they started a family in South Carolina.

On December 18, 1803, John Hemphill was born in that state. He finished his studies at what is now known as Washington & Jefferson College in 1825. Four years later, he became a lawyer.

As he practiced law in South Carolina, Texas fought for its independence from Mexico. The new republic finally gained its independence, and John Hemphill realized that Texas might propel his career as a lawyer. He also studied the Spanish language and legal system because of Mexico’s former influence in the republic.

When he moved to Texas, John Hemphill befriended the republic’s President Sam Houston. He appointed John Hemphill as the Chief Justice of Texas’s Supreme Court. History remembers John Hemphill as the legislator who set the foundation and core principles of Texan law. He also had to fight Indian warriors who wanted to kill him during a courtroom session.

John Hemphill was proficient in Spanish law, and he admired how it laid out property rights and inheritance. He strove to give Texan women equal footing in this regard. Furthermore, he advocated for the republic’s homestead principle, where residents can own unclaimed properties.

During this decade, however, the United States of America was about to collapse into civil war. In 1859, the Southern states wanted to leave the Union, and these included Texas. Senator Sam Houston rejected and strove to stop the state government’s secession plans. So the people elected John Hemphill for the United States Senate instead.

In 1861, the United States got split into two. John Hemphill, representing Texas, was among the first senators who declared secession. After getting expelled from the US Congress, Hemphill joined the Provisional Confederate Congress on behalf of his state.

He died in this position a year later, in 1862. After the Reconstruction period, the state named a town and a county in his honor.

John Hemphill had a relationship with his slave named Sabina, whom he did not marry. Nonetheless, he had two daughters with Sabina. John Hemphill looked after them, sending them to a prestigious college in Ohio. There, his daughters associated with anti-slavery and abolitionist activists.

He had a politician relative in Ireland. Lord Charles Hare Hemphill, his cousin, is a barrister and parliament member. He got involved in a false bribery lawsuit after receiving lavish favors from another politician.

How was it like to be a senator for the Confederacy?

John Hemphill helped create and establish the Confederate States of America, infamous for starting the US Civil War and fighting for slavery. Because of this, it is worth remembering the Congress of the Confederacy, which included John Hemphill in his later years.

This Congress only had two sessions during the war. The senators debated about the Confederacy’s war measures, administration, and conscription. In 1863, the Southern states held midterm elections for their senators and representatives.

The Confederate State Congress was controversial even in the Southern States. The media, President Jefferson Davis, and his supporters smeared the Congress for its weakness.

How did the Confederate States Congress begin?

Controversial legislation and incidents triggered the United States to a boiling point. In 1859, John Brown, a devoted abolitionist, raided a Virginian plantation to free slaves. He was hanged for treason by the state, turning him into a martyr for the Northern States. The North also dreaded the Dred Scott Supreme Court decision, which legalized slavery in the new territories of the nation. The two leading political parties then—the Republicans and the Democrats—polarized the United States on abolition and slavery, respectively.

Aside from the tense political climate between the North and the South, their industries led a key role. The Northerners had bustling manufacturing and mechanization, while the Southerners depended on slavery-based agriculture. They were much poorer compared to the modernizing North, and this humiliation triggered their anger.

As the 1860s began, the Southern states believed that they should form a new nation. Devoted residents and politicians held secession movements and campaigns to foment dissent against the United States. Worst of all, they wanted to maintain slavery. Senator John Hemphill of Texas was one of the legislators who believed in secession.

In November 1860, Abraham Lincoln became the president of the United States. He refused to compromise with the Southern states, driving them into secession and rebellion. The Southern politicians convened in South Carolina on December 31, 1860. They declared that a Confederacy must emerge. Texan Senator John Hemphill heeded the call on behalf of his angry state.

The Provisional Confederate Congress in Alabama moderately invited legislators into a new republic. In response, conventions in the Southern states sent politicians who would represent their districts. Fifty delegates got chosen, most of whom were Democrats.

In the first months of 1861, the senators, including John Hemphill, wrote the Constitution of the Confederate States. It asserted the rights of each state and imitated the established government structure in the United States.

Many American Indians in the South collaborated with the Confederacy. It was because the new republic recognized their nationhood and accepted delegates into the Confederate States Congress. The natives provided volunteers, clothes, and supplies. In return, the Confederacy gave them aid, peace deals, and rations.

Historians say that they met in harmony; they set aside their political differences to talk about the government they wanted to establish. Amusingly, the opposition at their Congress is rooted in their quarrels with President Jefferson Davis. He disliked maximizing his executive authority. Furthermore, as a president, Davis hated compromising and interacting with the senators.

Although John Hemphill collaborated with the Confederacy, we must remember how he helped establish Texas. At present, Texas is the second wealthiest state in the USA, only after California.

8 Must-Haves In Your Haircare Arsenal

8 Must-Haves In Your Haircare Arsenal Having good hair is undoubtedly one of the most important things to most people, especially women. Therefore, most people will go to great lengths to ensure excellent hair. Investing Read more… 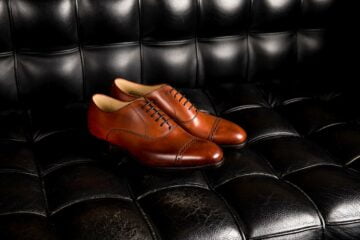 Deep Dive: All About the Wingtip Shoe Fashion. We all know that with fashion we mix and match a variety of clothing items to create an outfit that would suit our likes, body types, and Read more…