What is the CatJAM emote all about? When you hear CatJAM, what comes to your mind as an internet guru. Well, the CatJAM is a twitch emote that was customized by BetterTTV.

Why is it called a CatJAM, you must be wondering? This emote is simply a cat going at it rhythmically by bopping its head like it had a beat by Dre headset on.

The emote was created from a video that busted the internet, the emote was spread on every corner of twitch.

It was used a lot of times by various famous users, it later got the fame it needed. The cat was often referred to as the vibing cat, the head-bopping was a vibe to every song.

What Does The CatJAM Emote Entail On Twitch?

Well as explained earlier, the CatJAM emote is a cat bopping its head to a rhythm, this can be used to tell people that you think the song playing has a good vibe going on.

Describe The Origin Of The CatJAM Emote On Twitch

Well, it all began when a video that later went viral was posted on TikTok by a user known mainly as Micklagi.

Look the major thing here is that a video was posted and the video had a cat that was bopping its head in the video and a song was playing out loud.

So according to the video, their cat was vibing to a song known as I wanna dance by Jonas Blue.

This all happened in 2020 and the internet picked it up immediately, causing the vibing cat to go viral mostly on TikTok where it was first created.

Many users on TikTok were able to change the video and placed the song that was playing to suit them and now the video is seen anywhere on the internet.

For instance, we have seen the giving cat on YouTube, it was first uploaded there by a YouTube blind street drummer who changed the version and made the cat vibe to his beats.

The blind street drummer was very happy that he used the vibing cat because, in the end, he got 44 million views from this video.

The CatJAM was uploaded at first on BetterTTV by a user using the name MadLittleCat. Just after this happened, a subreddit user asked that the CatJAM emote be pit on his twitch page.

BetterTTV is a browser extension that is somehow linked to twitch and gives clearance for people to upload emotes.

Immediately after it was uploaded on BetterTTV, it became a big hit because this wasn’t a small channel on twitch, BetterTTV is a very big channel on this platform.

Presently, the CatJAM emote is allowed on more than as much as two hundred thousand twitch channels. For an emote like this, no user would fail to have them enabled.

When To Use The CatJAM On Twitch

The CatJAM emote is usually approved of when a nice song is on air in a twitch stream. The song doesn’t have to be that good though.

Where Did The Vibing Cats Start From?

So at first, the musician uploaded himself singing an old song called levan Polkka, this was two years ago. Not too long ago, someone, maybe a meme master went ahead to include the vibing cat in his video, and with the way the cat was going at it, it just looked as if the cat was actually giving to that song in the video. People took note of this as it was interesting and all, it immediately went viral on the internet as one of the biggest memes.

Is The Cat Used As The Vibing Cat Still Alive?

Who Is The Vibing Cat? The Real One

CatJAM is the vibing cat that we know about, a meme that we all know about. It has spread so much like wildfire and is now known all over the internet. It started this huge internet display in July when it was uploaded on Twitter. It is a good twitch emote but has been changed to something else on other platforms. You now see it as things like GIFs on most sites.

Is The Vibing Cat Meme Real?

No one with a smartphone or laptop, in fact, anything with an internet connection would say that they don’t know about the giving cat. Okay you might not know about it literally but you must have been it, it is the viral cat meme. The video was first show faced when the owner of the cat posted a video of it dancing to a song that was playing in the background. It was a Turkish musician’s song, Bilal Goregen was his name.

Who Created The Cat Vibing Meme?

The man’s name is Bilal Goregen, this is the man behind all the fuss on the internet with a video of him (Bilal Goregen) was seen giving and dancing to the song played by levan Polka, a musician who had his prime in the 30s. The video came out in October and it featured the white cat that we all see right now as a superstar for its ability to recognize the sound of music and move to the beats.

Why Do Cats Bob Their Heads When Music Is Being Played?

It’s surprising when we keep saying that the cat in the video was bopping his head giving to the music that was being played, but it’s true. In fact, cats do that a lot. The question is why do they do that? Well, most times they do this because of ear problems, it might also be because of ear mites or fleas and itching continuously can result in discomfort. When this happens, it is best to check your cat’s ear to see if it has developed an accumulation of wax, or maybe fleas and mites are constantly disturbing it.

Firstly, music is something that should be enjoyed by everyone, no one or animal is allowed to not enjoy music. And so, cats do enjoy music. Although, every cat might have different demonstrations of how they react to music. They mostly like songs with a good feline tone, pitch, and tempo. Sometimes they go straight to the source of the music and just stay there demonstrating that they want the music to be put on. Cats enjoy music but they show it in different ways.

Do Cats Vibe When They Hear Music?

Like we said before, cats do love music a lot but not the kind that humans enjoy, to make your cat enjoy music, you have to play a sound or music that concurs with the way animals Communicate. Not just you playing the sound of Tupac or Beyonce to your cat, they don’t understand it, but yes they do enjoy a certain kind of music. 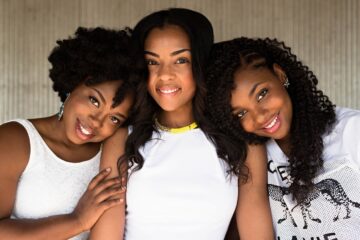 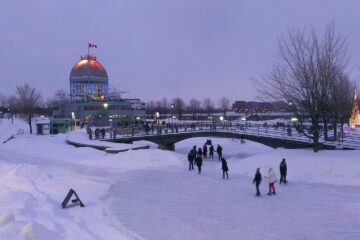 The Montreal Science Centre (also known as the Science Centre of Montreal) is a science museum located in Montreal, Quebec, Canada. It is situated on King Edward Pier in the Old Port of Montreal. The Read more…

Skills To Hone To Become A Successful Business Person 

Around 99% of the businesses in the USA are small businesses. So it requires no rocket science to understand that there is high competition in the market.   Are you, too, running your own small Read more…