Bodhi Ransom Green is the son of famous celebrities Megan Fox and Brian Austin Green. He was born on February 12, 2014, in Los Angeles California, in the United States of America. Many people see him as the younger and boy version of his mother, Megan Fox because of his striking big blue eyes and arched eyebrows.

Bodhi Ransom Green has other siblings and they are named, Journey River Green, Kassius Green (his step-brother), and Noah Shannon Green. The reason behind Bodhi’s name is that his mom, Megan Fox, follows Buddhism and so she named him, “bodhi“ because it means enlightenment and so he could have a deeper understanding of the world. His parents occasionally post him on social media but they want to protect their son’s privacy as much as possible because he is still young. However, Bodhi is still famous due to his famous parents. Bodhi Ransom Green is also considered one of the cutest celebrity kids. 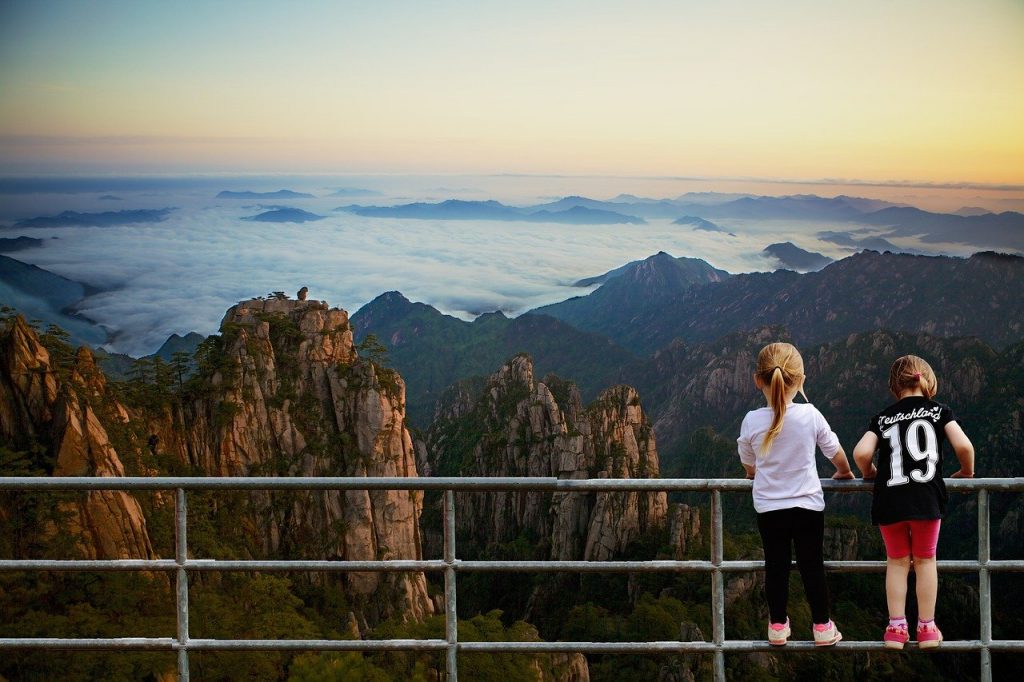 How Old is Bodhi Ransom Green?

Bodhi Ransom Green is currently 7 years of age and is not currently taking on the celebrity life just like his parents since he is still young. There is no net worth listed under his name, yet, and he is currently dependent on his parents. Bodhi Ransom Green’s mother, Megan fox, has a net worth of $8 million dollars and his father, Brian Austin Green has a net worth of $15 million dollars. There are no statements from both of his parents regarding their plans for their kid if they want him to be exposed to the spotlight as a child actor. 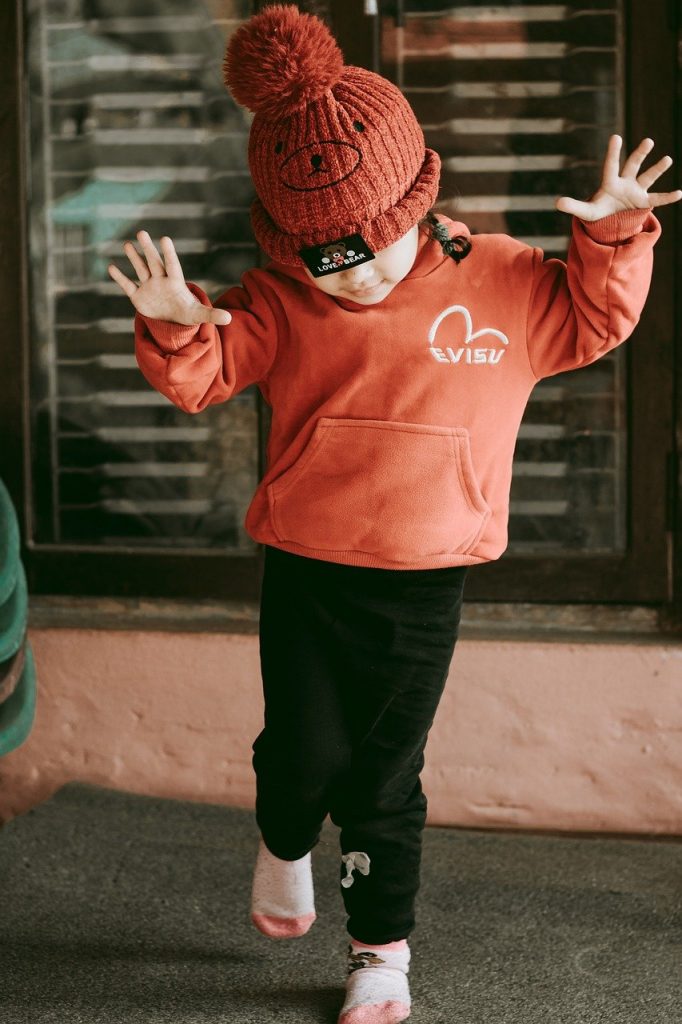 Does Megan Fox have a Daughter?

Megan Fox does not have a daughter but only three sons. However, Machine Gun Kelly, Megan Fox’s current fiance or lover has a daughter with his ex and Megan Fox treats her as her own daughter.

We all know that Hollywood and the entertainment industry are full of controversies and shocking revelations. From dating scandals, sweeping awards in the Academy Awards, to very unlikely celebrity couples and the couple Machine Gun Kelly and Megan Fox is one of the headlines. Colson Baker or also known as Machine Gun Kelly, one of America’s famous rappers is currently dating and engaged to one of America’s bombshells, Megan Fox. The pairing seems very unlikely and also shocking due to how some people think that Megan Fox is out of Machine Gun Kelly’s league.

The age gap between the two is no problem since Megan Fox is only 4 years older than the rapper. The couple started dating back in 2020. Machine Gun Kelly and Megan Fox first met back in the set of an indie thriller film directed by Randall Emmett. The movie is called, “Midnight In The Switchgrass”. The paparazzi has reported that ever since then, the two were seen hanging out frequently. The relationship between the two was made official when Megan Fox had an appearance in Machine Gun Kelly’s music video called “Bloody Valentine”. Ever since then, the two became one of the most talked-about couples. They also appeared in different interviews wherein the two were quizzed about how well they know each other and the two were somewhat considered as soulmates.

It was mentioned that during a lunch date, Machine Gun Kelly told Megan Fox that he felt lost and Megan Fox responded, “Let’s find you”. The American rapper had since then fallen for and was flustered at that moment.

Another reason why the couple is so popular and very controversial is due to the fact they do weird things as a couple. Just like the news that has been circling around regarding Machine Gun Kelly wearing a necklace that has Megan Fox’s blood inside it. Call that freaky, don’t you think? A lot of people have mentioned that Megan Fox has finally started to experience her Tumblr love story which is a concept about tween girls making fanfiction about vampires and werewolves and other fantasy love stories. Another weird fact about Machine Gun Kelly and Megan Fox’s relationship is that Machine Gun Kelly proposed to Megan Fox and gave her an engagement ring that would hurt Megan if she tries to take it off. With these weird facts about their relationship, it would seem so that the two are living a fantasy bliss. Despite that, the two seem to be getting along well and they also share their own secret handshake or high five. The two may seem controversial or sometimes their relationship is referred to as “cringe”, one could not deny the fact that the two are madly in love with each other and it would seem like they are made for each other.

Just like what was previously mentioned regarding Bodhi Ransom Green, Megan Fox, and Machine Gun Kelly may have been lovey-dovey and are obvious about it by posting a lot of their pictures on social media, they are very protective of their children’s identity and privacy. Machine Gun Kelly has a daughter named Casie Colson Baker with his former lover, Emma Cannon, and together with Megan Fox’s sons with former husband, Journey, Noah, and Bodhi, are joined together as a happy family.

Who is Megan Fox Married to?

But before the quirky and hot couple, Machine Gun Kelly and Megan Fox met, Megan Fox was married to Brian Austin Green. They were married for 10 years. Brian Austin Green is known for one of his popular roles in Beverly Hills, 90210, as David Hills. Another one of his popular roles was Sean Healy in Anger Management and Keith Watson in Desperate Housewives. Brian Austin Green is currently participating in one of the popular talent shows, Dancing with the Stars with his current girlfriend, Sharna Burgess however, they were eliminated from the dance competition. The two started dating back in 2004 after working together in the set of Hope and Faith, a famous sitcom. Megan Fox was around 18 years old while Brian Austin Green was 30. The two got engaged back in November 2006 however, the engagement was canceled or called off back in February 2009according to the paparazzi.

But a year later, back on June 1, 2010, the two got engaged again then the two finally tied the know back on June 24, 2010, in the Four Seasons Resort, located on Maui, Hawaii. It was a private ceremony. The two then finally had three sons, Noah Shannon Green who is aged 9, Bodhi Ransom Green, who is now 7 years old, and Journey River Green, who is 5 years old. Brian Austin Green also had a son named Kassius who was born in 2002 from his previous partner before Megan Fox, Vanessa Marcil.

Unfortunately, Megan Fox filed a divorce back on August 21, 2015, due to the realization that they were too different from each other. But then again, back in early 2016, Megan Fox and Brian Austin Green got back together and they were expecting their third child who was born in 2016. Three years after their third son was born, on April 25, 2019, Megan Fox filed to dismiss their divorce back in 2015 according to US Weekly.

Brian Austin Green quoted what Megan Fox had said that she realized while she was out of the country while working alone, she felt more like herself and she liked that version of hers during her work outside of the country and she thinks that it is something worth trying out on her own. Brian Austin Green mentioned that he was upset but he was not upset at her since she did not ask to feel that she desired to be alone and to separate from each other. Despite how sad and upsetting their separation was, Brian Austin Green mentioned that he will always love Megan Fox and she feels the same way as well even if they are going their own separate ways.

As of the moment, there is no news about Brian Austin Green.

How Tall is Megan Fox?

You might think that the model, actress, all in one bombshell, Megan Fox has a towering height but it turns out, Megan Fox is about 1.63 meters tall or 163 centimeters. Despite that, Megan Fox is still one of the hottest celebrities there is in Hollywood. Not only that, besides her gorgeous form and face, Megan Fox is also articulate and smart.