Dogs are arguably man’s favorite animal. All over the world, dogs are put to various uses: emotional support, companionship, herding, navigation, among others.

In addition to the above, dogs are also very crucial to our ecosystem in a number of ways. An experiment by a team of scientists has shown that dog barks can cause the balance in the marine ecosystem of the British Columbia Gulf Islands: these barks scare raccoons away and thus increase the crab and fish populations there.

The relationship shared by man and dog is one that spans millennia and predates even agriculture.

Here’s a list looking at the top 10 breeds of dogs. 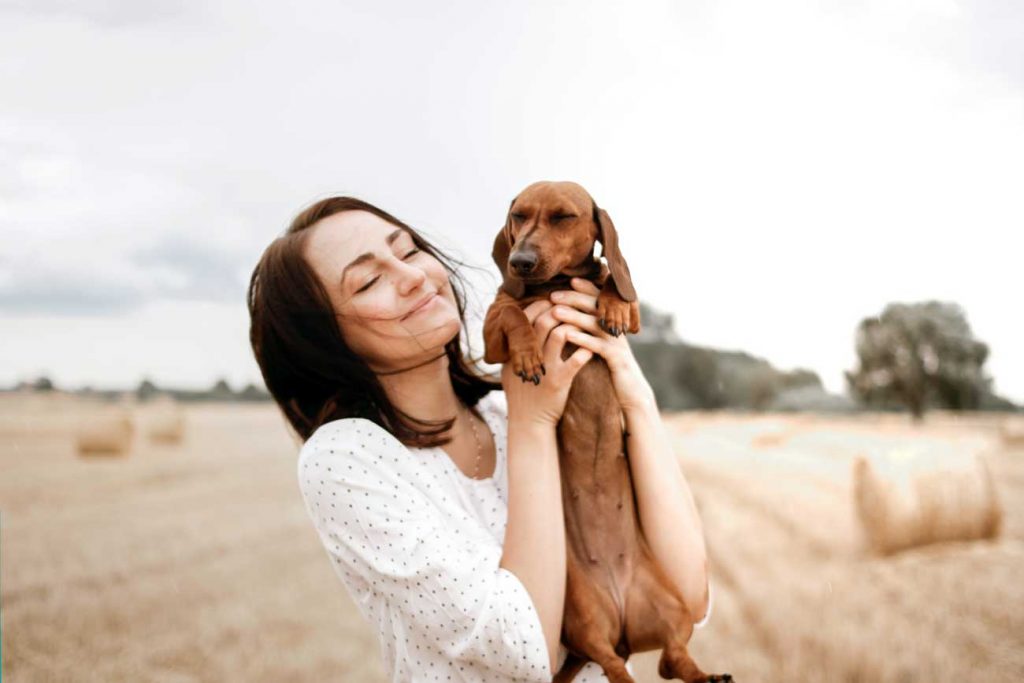 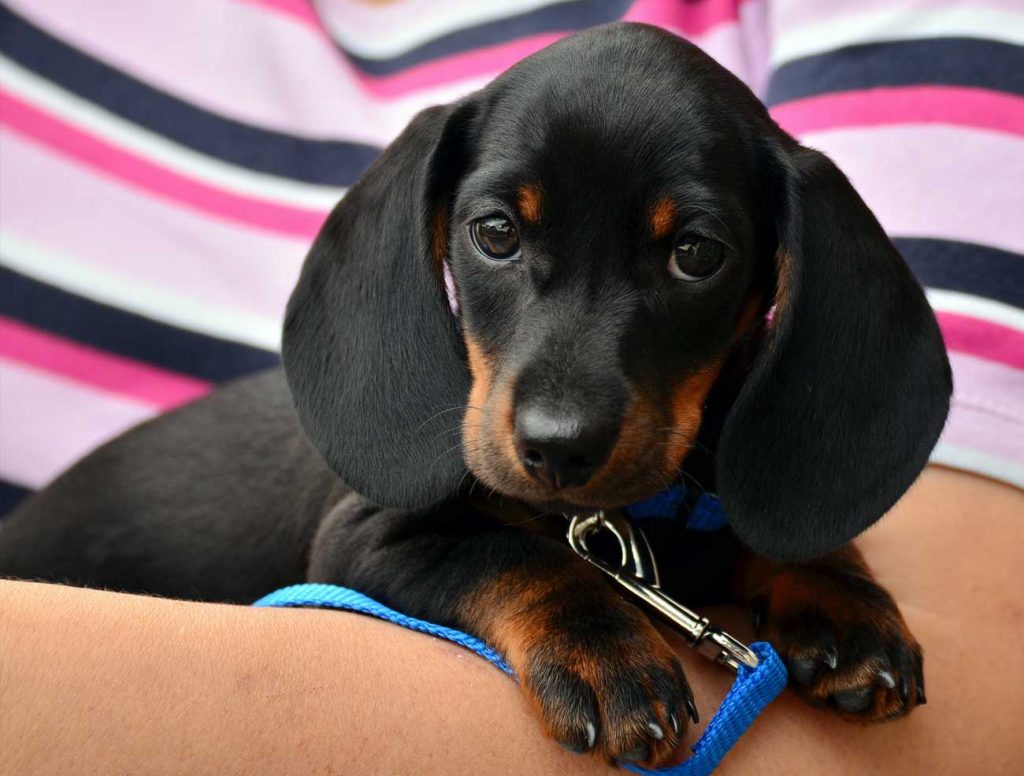 Dachshunds are a common breed of scent hound dogs. They were specially bred to hunt little animals such as rabbits and foxes. Groups of dachshunds have also been used in hunting wild boars.

The breed’s name is a portmanteau word formed by the combination of German words Dachs( badger) and Hund (dog).

With strong short legs, dachshunds can go into deep and narrow tunnels to pursue prey. Their thin and long tails that extend from their spine allow hunters to pull them out of narrow openings.

This German breed is long-bodied, muscular and has paddle-shaped paws suited for digging.

What dachshunds lack in size they make up for in courage and longevity: an average dachshund may live for as long as 12 to 16 years. 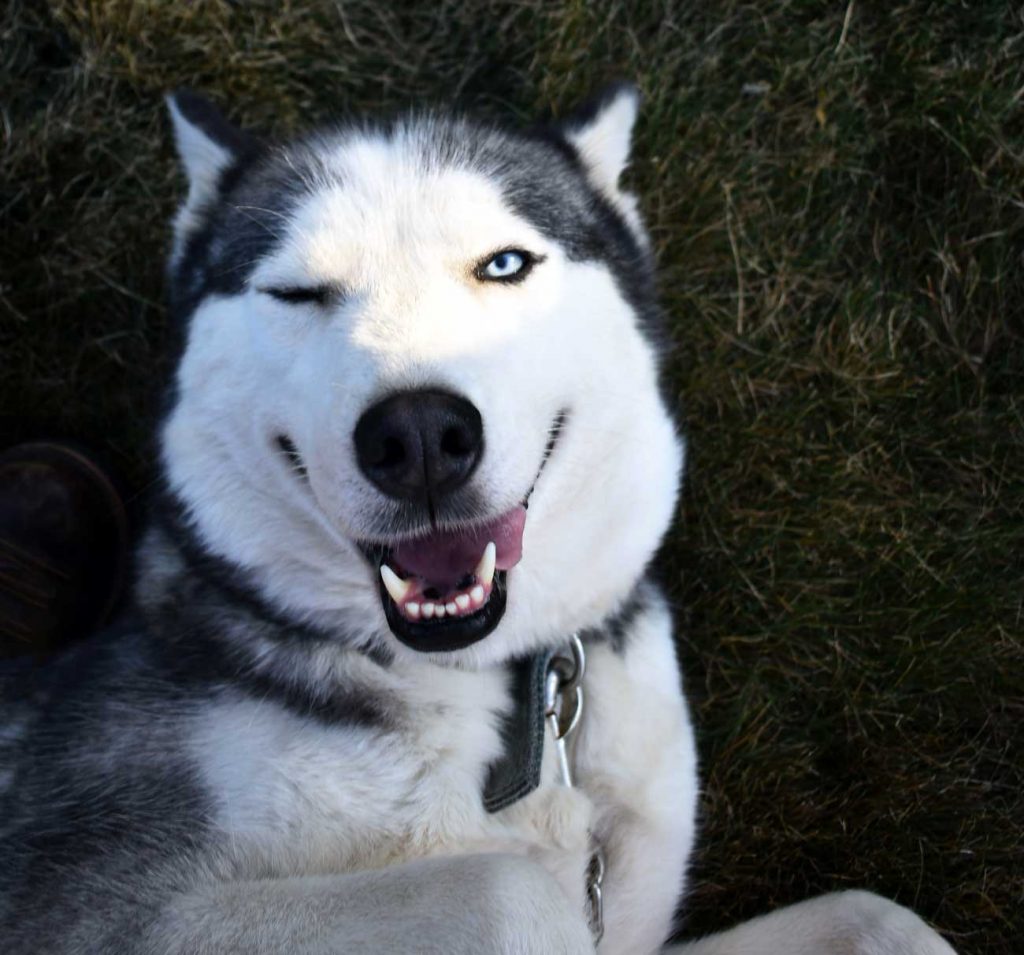 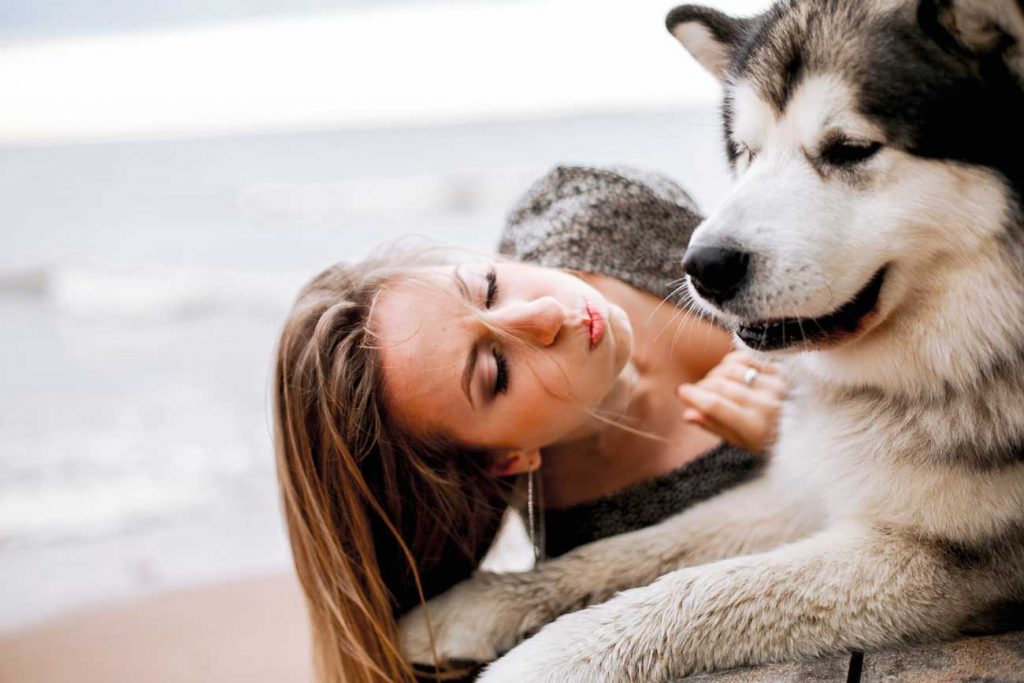 The Husky has been described by canine experts as a medium-sized working dog breed. The prime features of this breed are its erect triangular ears, thickly fired double coat and unique markings.

Siberian Huskies were first bred by the Chucki, a tribe of nomadic Siberians. Not much is know about their history but DNA testing has shown that they are one of the oldest dog breeds.

Siberian Huskies are peculiar dogs. They howl rather than bark and are instinctively good with children. They are also very receptive towards strangers and would most likely not display any form of aggression towards Intruders making them a poor choice as guard dogs.

They are a high-energy breed and canine experts have described them as escape artists as they are known for jumping over fences, burrowing through the ground or escaping through other means.

Siberian huskies are compulsively clean dogs and often take time to groom themselves like their feline counterparts. 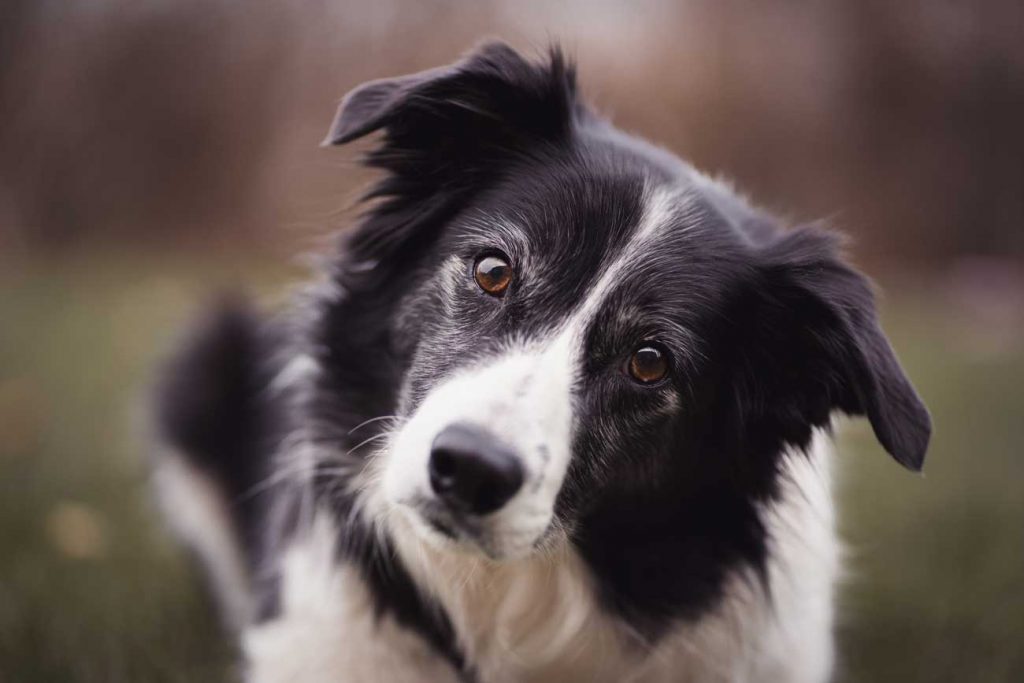 In modern times Border Collies are seen as the prime sheep herding dogs. They are highly ingenious, vivacious and alert dogs. They are also quick learners and thrive on activity.

The Border Collie’s intelligence and agility come at some physical expense to their human masters as they require daily exercise and stimulation. If this is not done, they may resort to chewing furniture and hole digging.

This breed has two varieties of coat, smooth and rough and comes in black, bicolor, tricolor, marble and solid colors with a white blaze on the neck, feet, legs, face and tail tip. 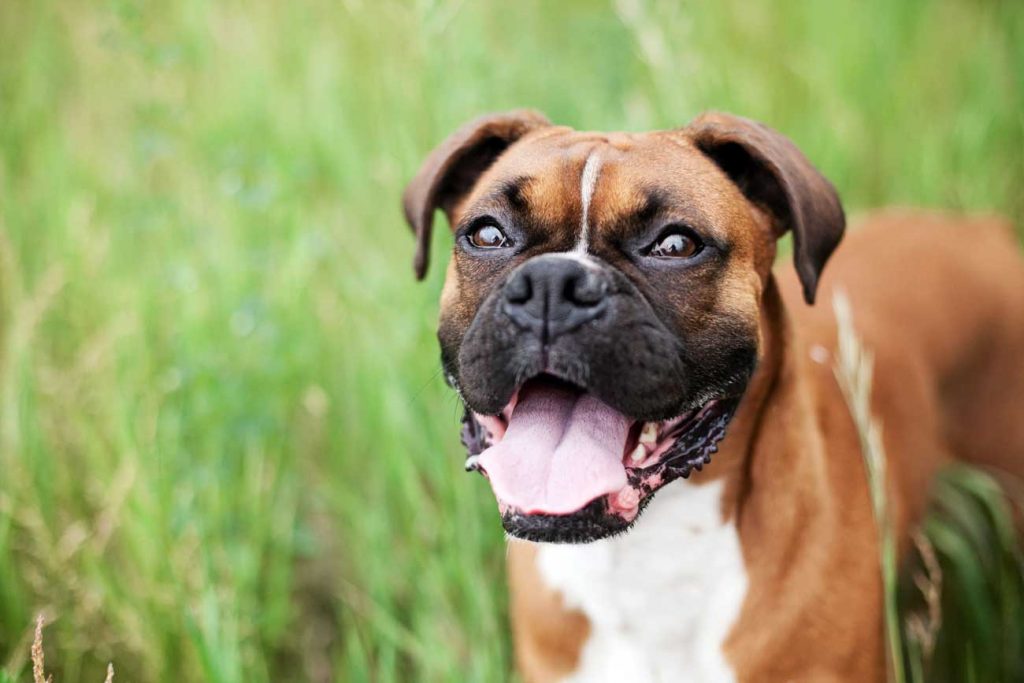 The boxer is a short-haired, medium to large breed of dog originally bred in Germany. Like their bulldog counterparts, boxers are brachycephalic (they possess short and broad skulls), have a square muzzle and very strong jaws.

The Boxer was a result of cross-breeding the Old English bulldog and the Bullenbeisser in the 19th Century.

Boxers are quite upbeat and playful. They are renowned for their staunch loyalty to their masters but are distrustful of strangers. Though they are by nature not aggressive dogs.

Boxers have smooth, short coats with taut skin over their bodies and commonly come in three colors: fawn, brindle, and white, with or without white markings. They do not require a lot of grooming as they are very clean dogs reputed for self-grooming. 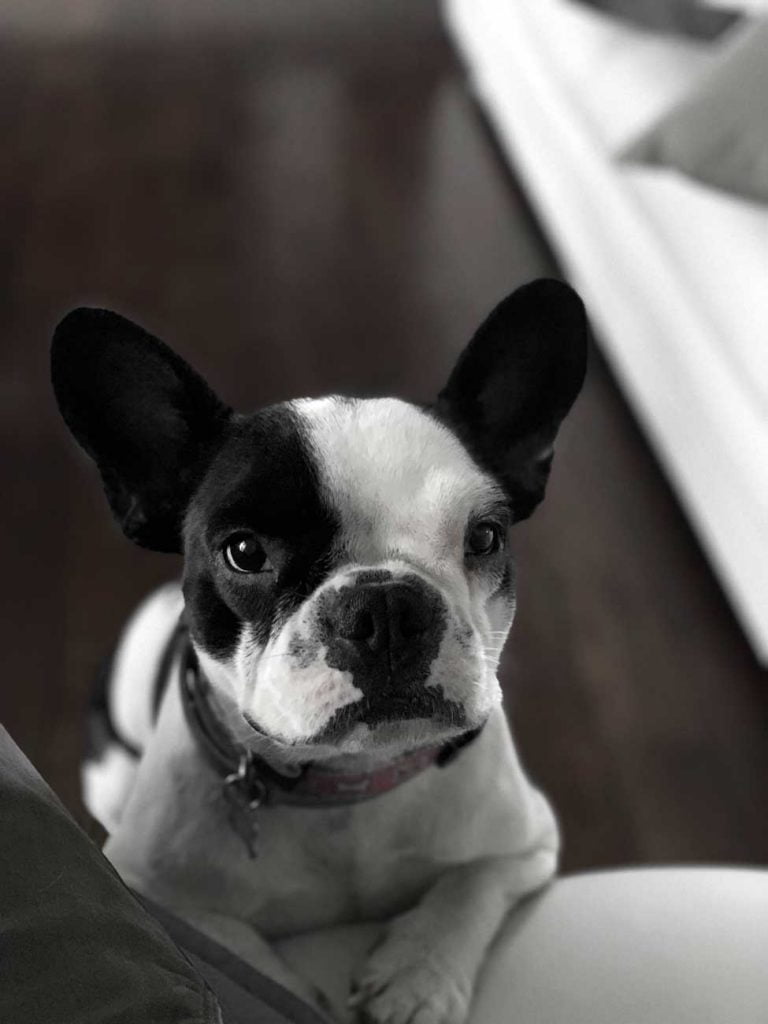 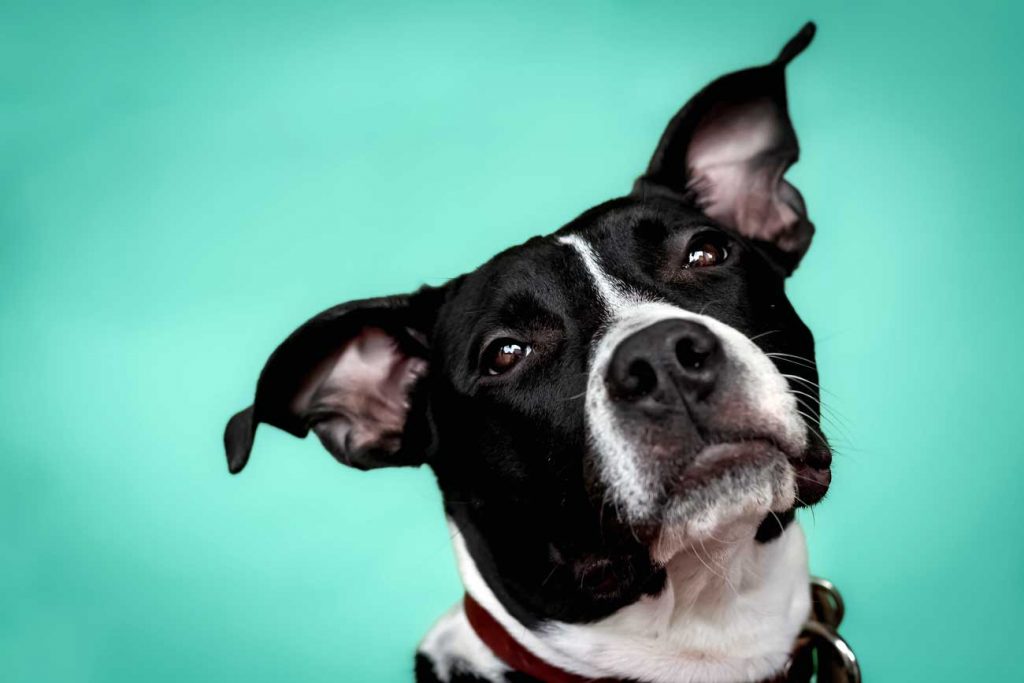 At a glance, the Bulldog is unmistakable: the furrowed brow, small ears, loosehead, and undershot jaw. Bulldogs are averagely 14 to15 inches tall and weigh 40 to 50 pounds.

This breed earned its sobriquet from its use in the blood sport of bull-baiting several centuries ago until 1835 when the British Parliament passed the Cruelty to Animals Act, which outlawed bull baiting as well as other blood sports involving animals.

Although bulldogs are not often used as guard dogs as they are too friendly and easy-going, their appearance is intimidating and may scare off intruders. Bulldogs have flat, sleek and short coats and often come in red, white, fawn, brindle and piebald colors. 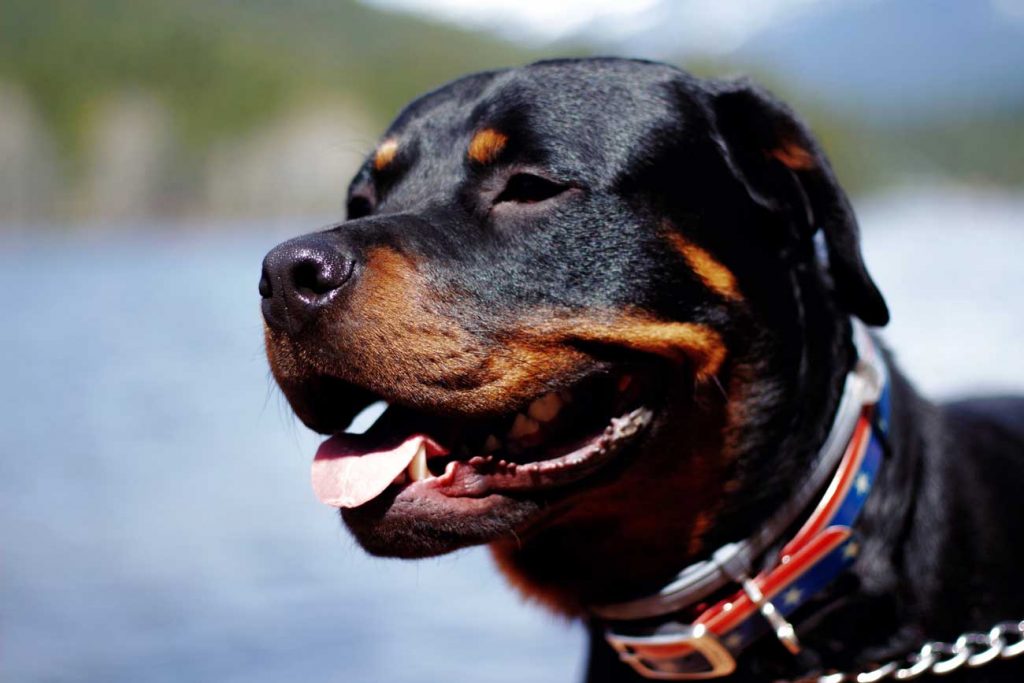 The Rottweiler is a dog breed widely regarded as medium-to-large or large. In ancient Germany, Rottweilers were bred for the purpose of herding livestock and drawing carts carrying butchered meat to market places. In an age where railway systems did not yet exist, Rottweilers played a significant role in commerce until the 1800s.

With the advent of the railway system, cattle drives were rendered otiose and the Rottweiler almost suffered extinction. This fate was reversed circa 1901 when the Rottweiler and Leonberger Club was established. Also, the First World War brought about a huge demand for police and security dogs which stirred a resurgence in the interest in the Rottweiler as service dogs.

The Rottweiler has a straight, coarse, short double coat. Its undercoat is mainly situated on its thighs and neck.

Rottweilers are calm, confident and self-assured dogs. They do not make friends with unfamiliar individuals right away and often adopt a discriminating approach. 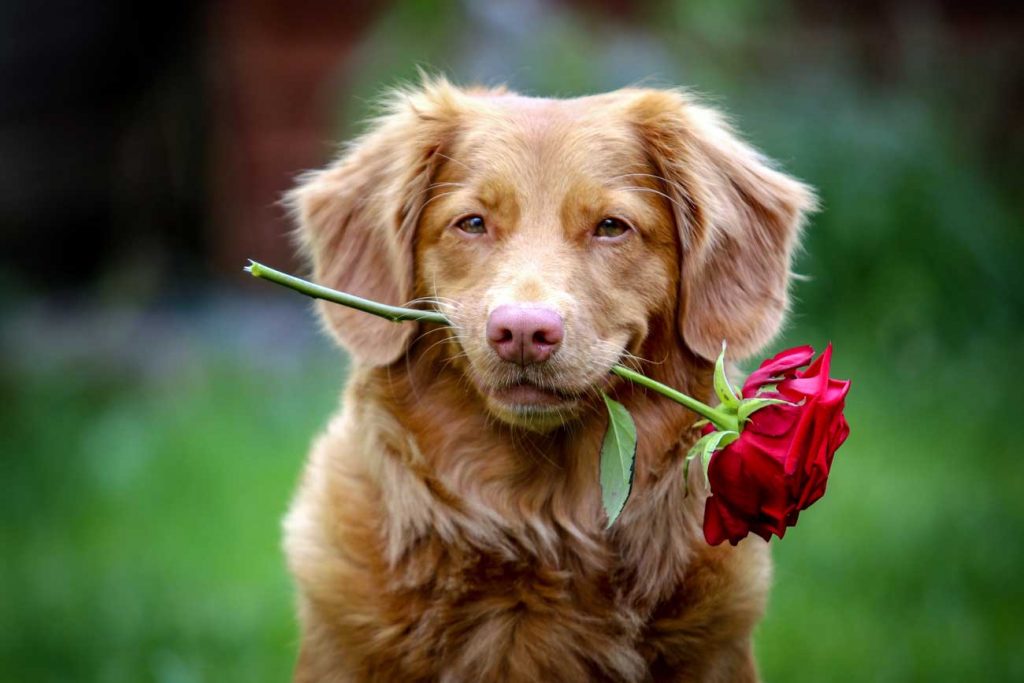 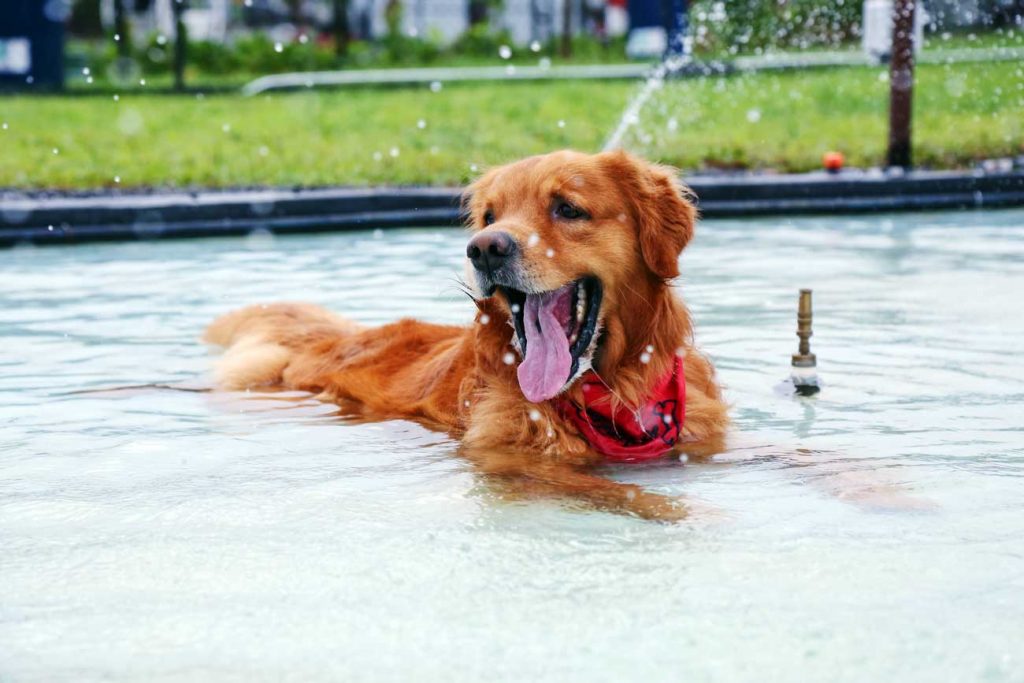 Our list would undoubtedly be incomplete without mentioning the Golden Retriever. This breed is a very popular one in the United States and all over the world.

The Golden Retriever was developed as a hunting breed in Scotland in the middle of the 19th Century under the auspices of Lord Tweedmouth who sought to create a breed with an outstanding sense of smell.

Golden Retrievers may be aptly described as the extroverts of the canine community: they are very playful and friendly. They possess a statuesque build along with a coat of sheen in all shades of gold.

They are a perfect example of the ideal family pet and are receptive to strangers and known individuals alike, thus they are unfit as guard dogs.

Golden Retrievers have a life span of about 12 to 14 years. 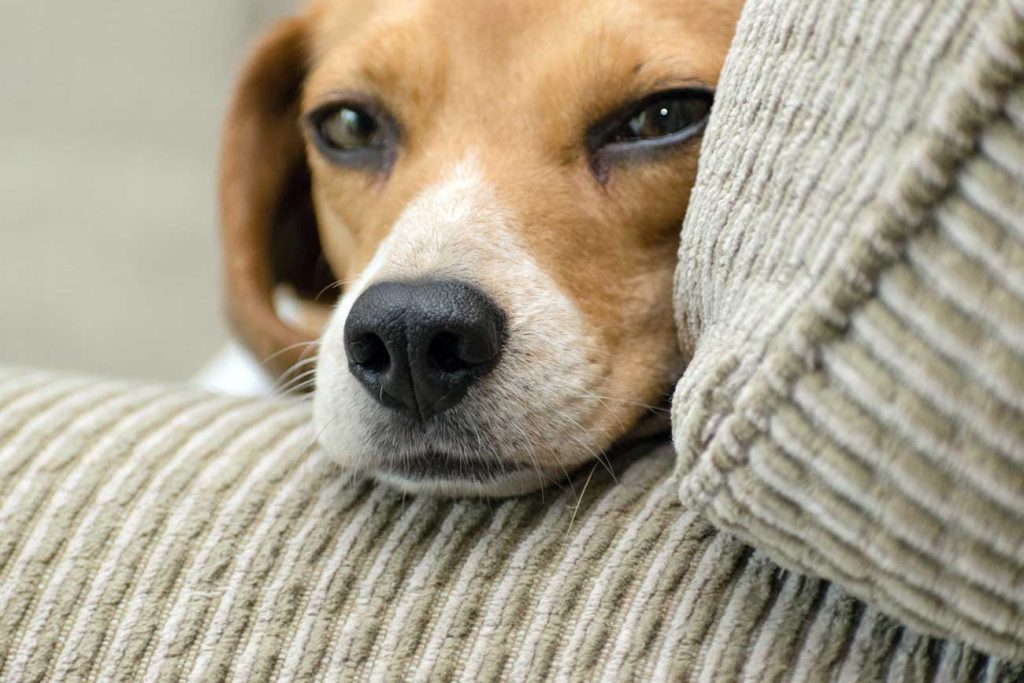 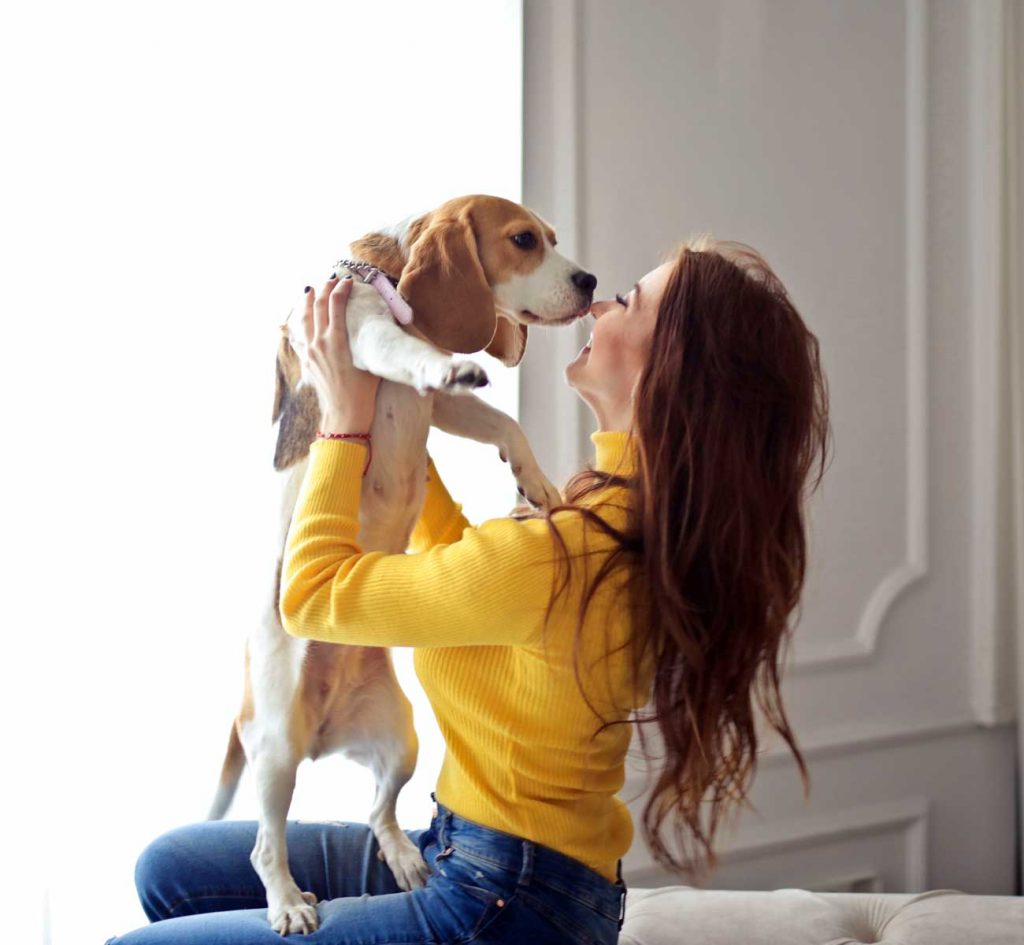 The Beagle was originally a breed of miniature scent hounds specifically bred for hunting small game including squirrels and rabbits.

As stellar scent hounds, beagles have a staggering sense of smell and superior tracking instincts which is why they are used more than any other breed as scent detection dogs at airports.

Their doting nature and friendliness are key in letting them search for weapons, illegal drugs, and other contraband without making passengers apprehensive as larger scent hounds would.

Aptly described as a ” nose with four legs”, the beagle loves to keep its nose active and will follow a scent trail to wherever it leads them.

Beagles come into two sizes: the 13-inch variety and the 15-inch variety. The former is for beagles that are not more than 13 inches in height, while the latter is for beagles that stand from 13 inches to 15 inches at the shoulder. In terms of weight, beagles can weigh from as little as 18 pounds to as much as 30 pounds, depending on their height.

These little scent hounds are one of the canine world’s most sociable and even-tempered and are thus the ideal family dog as they can easily bond with everyone in a family, particularly children.

Beagles come in a variety of colors, the most being tricolor, red and white and lemon. 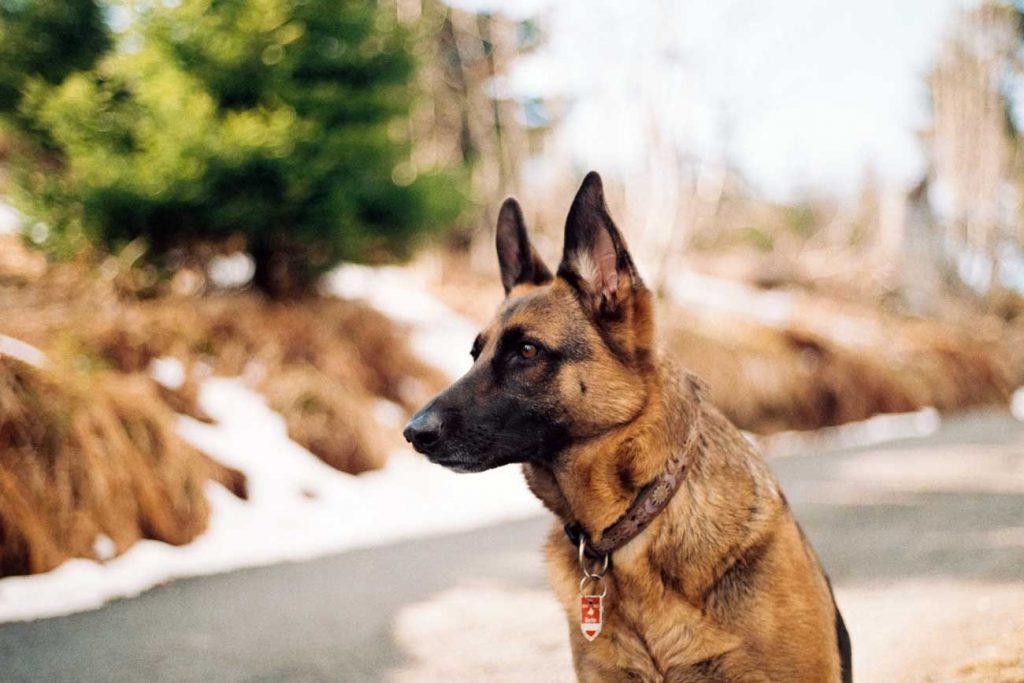 This is one of the most well-balanced and muscular breeds of dogs. The German shepherd was originally bred in Germany for the purpose of aiding shepherds in the protection and herding of sheep. The prime features of the German Shepherd are its intelligence and agility.

In the Intelligence of Dogs, an authoritative treatise on dog intelligence, this breed is given the rank of the fourth most intelligent. They are also very loyal and confident. The culmination of all these traits makes them excellent working dogs.

The most common color combinations of German Shepherds are black and silver, tan, cream, red, or a combination or variation of the above colors. 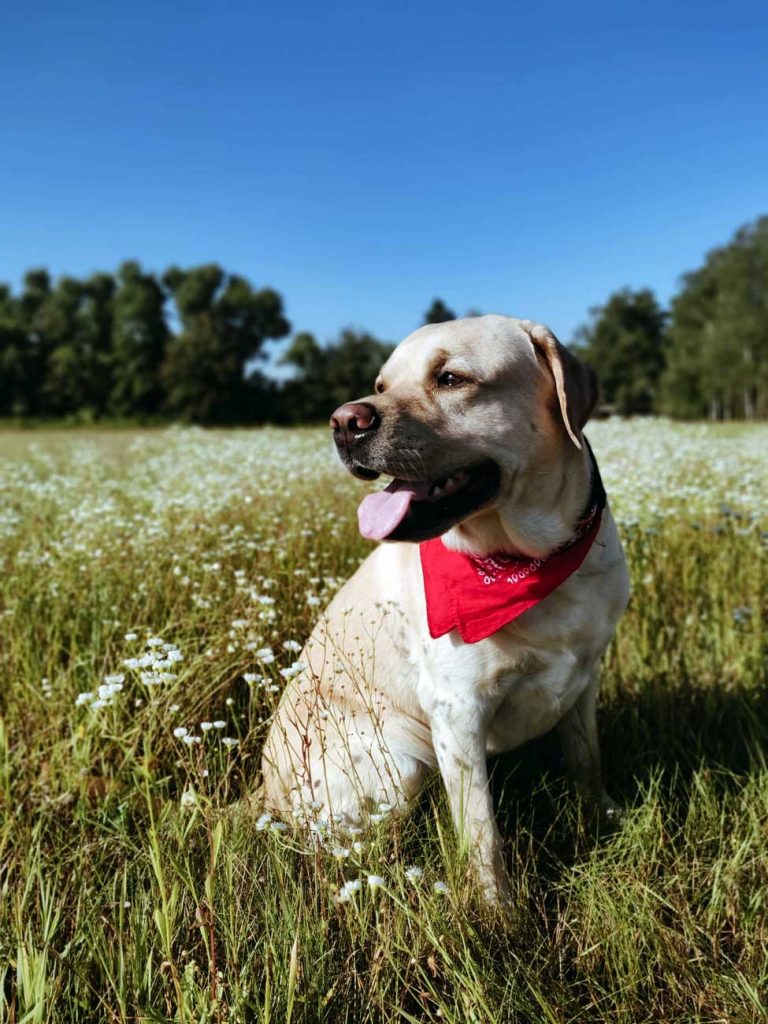 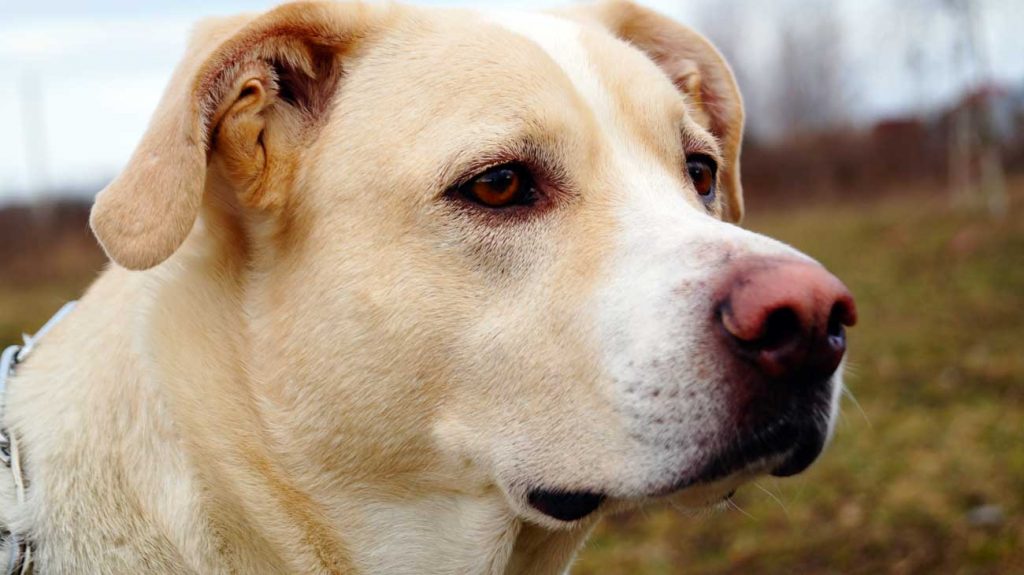 The major attracting features of the Labrador Retriever are its friendliness and high intelligence. Its potent sensory abilities make it a perfect fit for military and para-military officers, visually impaired individuals, and hunters. If properly trained, labradors can also work as lifeguards. At the Italian School of Water Rescue Dogs, Civitavecchia, labrador retrievers are trained to jump from boats and helicopters into the water in order to tow victims to safety; each year they help the Italian Coast Guard save 3,000 people.

Labradors come in yellow, chocolate and black colors. Although Labradors are a very healthy breed, they are more likely than any other breed to be obese.

In terms of weight, they are a medium-rare breed: males generally weigh between 29 to 36 kilograms and females, 25 to 32 kilograms.

If you are looking for pet toys for your favorite dogs, take a look at this store! 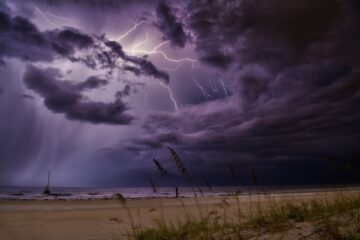 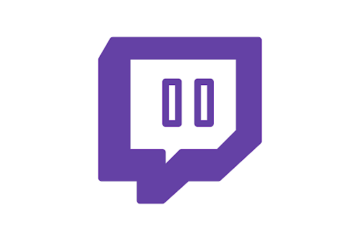 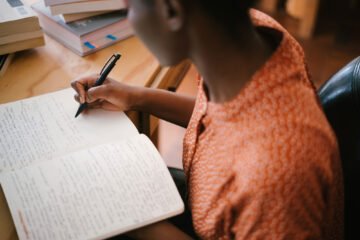