Our hair is as fairly significant as other parts of our body. It is every woman and man’s crowning glory, as it plays a vital role in how we look. When our hair looks great, it also feels fantastic. Thus, it’s reflected in our total appearance. That is why our favorite celebrities are constantly changing their hairstyles, so they always have something refreshing to offer to their fans.

As time goes by, we got introduced to the latest hairstyles, and part of the innovation and evolution to the different styles of hair is the color variation. Genetically, each of us has inherited specific types of hair and color. Some people are born with beautiful black hair, while other people are born with gorgeous brown hair. However, with the advancement in technology and cutting-edge innovations today, everyone can get the hair color they have always wanted.

Facts and characteristics of brown hair

The top two highly rated and most common hair color is brown. It comes right after the color black. Frequently, people with brown hair are also popularly called as brunettes. It originated from the French word brun, which means brown or brown-haired. People from western countries commonly have brown hair. Nevertheless, everyone can have that illustrious brown hair in today’s world.

So, if you are planning to get that brunette look, we listed down some interesting facts and characteristics of brown hair that might you make more wanting to get it.

Brown hair is phenomenally vigorous. It reflects remarkable strength and confidence. Some brunettes may pan out as thin and delicate. Nonetheless, a brown hair color offers natural characteristics of advantages when it comes to styling. Brunettes can go from vivacious lioness manes to meticulously well-defined stunning braids. As a whole, brown hair displays inspiring fortitude and flamboyant confidence with any type of hairstyle.

The radiance that brunette exudes, along with its variations of shades, can turn out to something better and more striking, especially with proper care. As a result, a dazzling beauty comes out for brown-haired ladies.

Several studies discovered, especially in online dating sites, that most men are looking for brunette. They said that brown-haired ladies are a total package as they signify humor, intelligence, loyalty, and success. Thus, the majority of men in dating sites would say they prefer brunettes.

Apart from its alluring gloriousness, brown also represents sweetness. It is noticeably comparable to our favorite sweet tooth cravings that we often call as chocolates. Caramels, nuts, and nougats, among many others, are brown in hues. That said, brunettes are heartwarmingly sweet.

By nature, brown shades represent honesty, reliability, healing, and warmth. Brunettes manifest the feeling of contentment, security, and warmness. In fact, there are a lot of famous brown-haired celebrities known and admired for these characteristics.

Having said that, here are a few familiar names in the world that are brown-haired or brunettes who exude the characteristics that we mentioned above.

Ironman of the Marvel world is a natural brown-haired actor who is also leading the list of Forbes highest-paid actors for 2019 at number three. For his “Ironman” film series alone, he earned a total of billions of dollars, all three added. The number doesn’t include yet all other blockbuster movies he did, which are over thirty.

The epitome of America’s Sweetheart is leading the list of powerful brunettes. In fact, she topped at the fourth spot in the list of Forbes highest-paid female celebrities or actresses in Hollywood for 2019. Her powerful influence was evident when she debuted on Instagram. She holds the record on the fastest IG account that reached a million followers within five hours of joining. Hence, her friends referred to it as “The Aniston Effect.”

Another famous and good-looking Marvel character who has naturally brown hair is also on the top ten list of Forbe’s highest-paid actors for the year 2019. Chris Evans, who played Captain America, is the eight most expensive actors in Hollywood, according to Forbes. Apart from his straight-out handsome face, Evans is also among the most powerful and influential celebrities in the world.

The ever beautiful Natalie Portman is another brown-haired beauty that is gracing our silver screens. She’s more than just looks, as the Oscar award-winning actress is also a Harvard graduate who can speak five different languages. More than that, she’s earning over a hundred million dollars for every film she does. Now, that’s a classy, powerful, empowering, and brainy brunette.

If you want to get inspired by these beautiful and good-looking brown-haired celebrities, you may want to get a few tips on what are the best styles for brown hair. That said, here are some of the most prominent and stylish brun hairstyles that you can do.

For something softer and more restrained, you can try the delightful ashy brunette. It looks so natural that no one would even suspect that you had your hair dyed. This brun hairstyle is perfect for those beginners in hairstyling transformations.

Brunettes can take hairstyling to a higher level with different brilliantly cute and dainty braided hairstyles. You can get the sweet, model-look favorite braids with one side of your hair braided and draped over your head. Then, you can pin it down on the opposite side of your head. You can pluck a few strands of your hair on the sides to create a prettier look.

One of the go-to trends of brunette hairstyles is the gorgeous beach waves’ effect caramel-colored locks. It’s the favorite choice of attractive bombshells for their hair. You can go to a soft brownish color to caramel fade highlight. It looks extremely natural.

The transition of shades is also beautifully done. You can style it with locks and have it free-flowing with beach waves finish to create vibrancy and more appeal.

If you like to create more twists and turns to your brown hair, you can go for the dazzling corkscrew twist brown curls. You can style it with a knot or chignon as your overall crowning glory. You can also play with the shades of brown color to play with the highlight.

When you have a shoulder-length hair, and you want to create a brunette look, you can opt for the ravishing messy light brunette waves. You can make it loose to create a more modern dramatic feminine effect. Other options would be to play with the highlights. You can go for a darker color on top to lighter shade n on the lower tips.

However, some people would still often referred to the color of the hair, according to its highlight or shade. So, they would notably say light brown-haired or dark brown hair.

How can I make my brown hair lighter?

There are a lot of ways and techniques to make your brown hair lighter. For a more natural step without spending extra bucks, you can use ingredients from your pantry to do so.

You can use lemon as the first and most common step. Dilute half of the lemon juice as it is, and the other half of the diluted lemon with water. With that solution, you can create a lighter brown hair effect.

What would happen if I put blonde hair dye on brown hair?

Blonde hair dye will not remove the brown color of your hair. In order for it to take effect, you need to have a high intensity or volume of bleaching done. Your hair may appear lighter brown, but it won’t turn to blonde, over time. You need a specific number or level of volume to make your brown hair blonde.

With everything said, we can say that brown hair works well if applied correctly and appropriately. The color of our hair will greatly depend on the tone of our skin and color of eyes. Aside from that, the type of hairstyle we want to achieve is also highly dependent on the shape of our face.

Nonetheless, we’ve known a lot of famous faces who exude power, beauty, and brain with their brun natural hair. Hence, brown-haired celebrities leave a stunning impression as the brainy brunette or the gorgeous brunette. 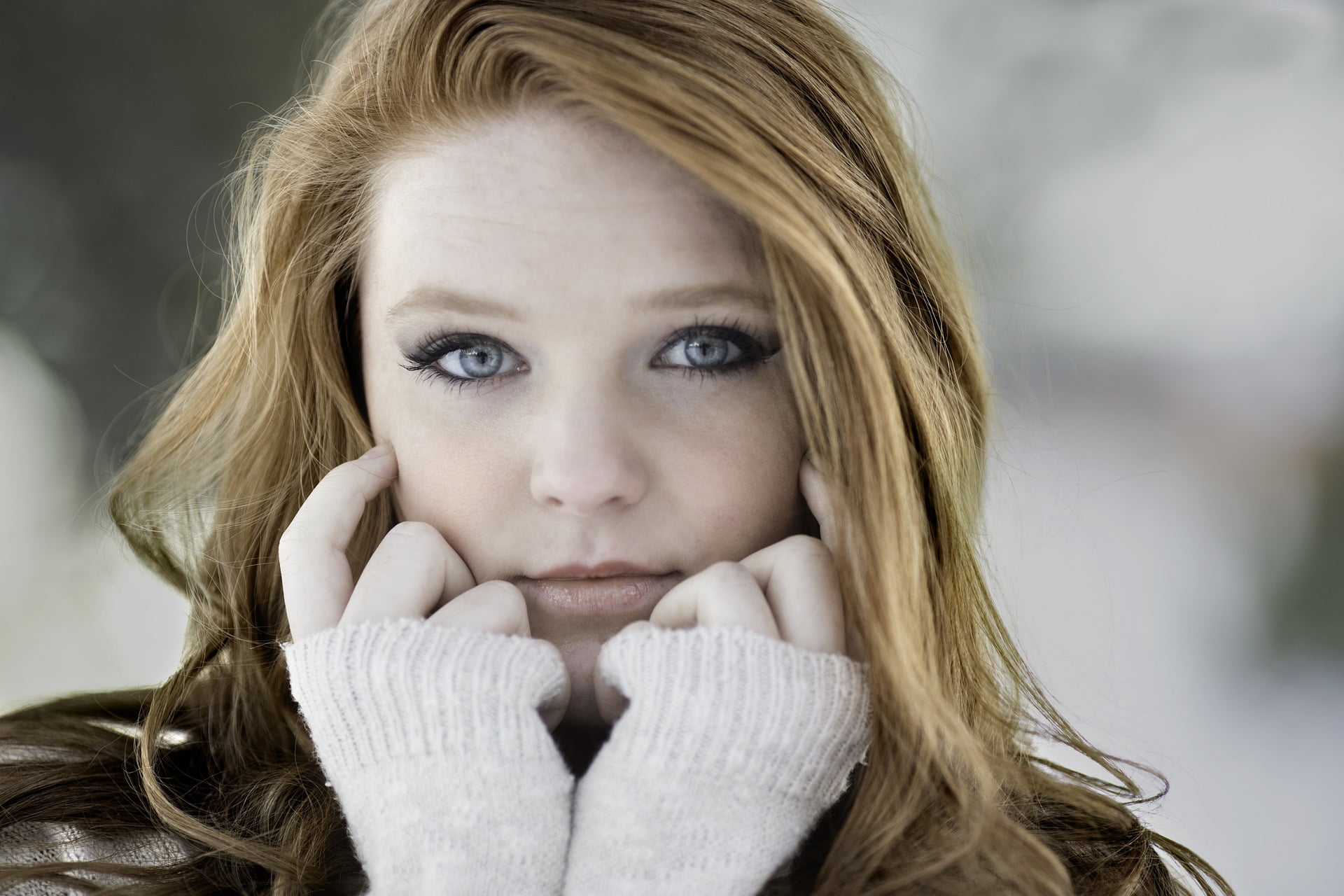 Nicolas Desjardins 25 November 2022
Who is Mia Sharrocks? Her mother, Fiona Elizabeth Bruce, a British journalist, television presenter, and newsreader, is the mother of Mia Sharrocks, a celebrity child. Her mother’s affluence is the…

Nicolas Desjardins 17 November 2022
There are plenty of exercise plans that you can find online, especially on YouTube, which is filled with personal trainers. Most of the things they do are the same, but…

Nicolas Desjardins 16 November 2022
Taking the right precautions and riding in the right places can make cycling a safe activity. Despite this, there are some risks associated with cycling for the rider. Keeping yourself…
Categories: Beauty